Polish death metal legends Vader, are very pleased to announce that they will be returning to London this November, as part of their 9 date ‘Rise Of The Empire’ European tour. 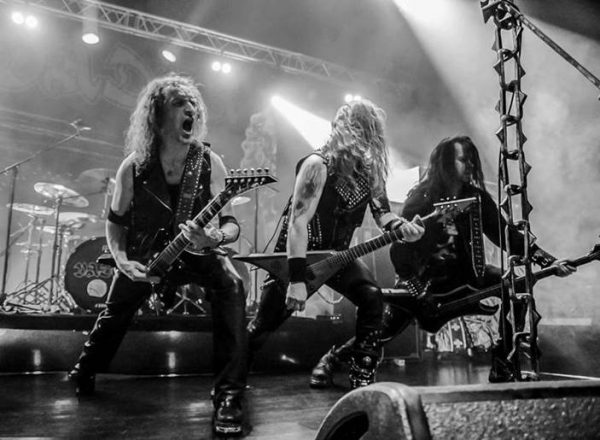 You can purchase tickets on this link.

Vader will be touring in support of their recently announced new studio album The Empire which is due for release this autumn via Nuclear Blast, the follow up to their highly acclaimed 2014 album, Tibi Et Igni.
The Empire has been recorded at Hertz Studio in Bialystok (Poland) and produced by Wojtek and Slawek Wiesawski.

”I am so excited to announce the new Vader album, which will be released by Nuclear Blast again! The Empire – which is the title of the upcoming full length – is due to be released in autumn 2016. However, we have also prepared a special EP called Iron Times which has just been released! There are two new tracks included on the EP, plus two bonus songs. Joe Petagno himself created the amazing cover artwork.” which you can see below. 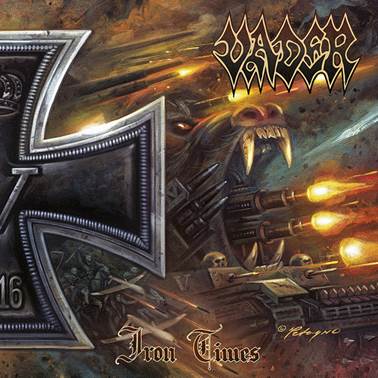 Stay tuned for more news on The Empire….

There is some contention as to the beginnings of Vader, but the truth is that they began in the autumn of 1983 by Piotr ‘Peter’ Wiwczarek (‘Bardast’ and later ‘Behemoth’ back then) playing the bass and the guitarist Zbyszek ‘Vika’ Wroblewski. Extreme metal was about to be born in Poland and Vader were among the pioneers of that genre in the newly emerging underground – and the only band from that era still reigning! The first crucial point in the band’s history was their participation in the first Polish heavy metal festival – Metalmania in 1986, where they played to an audience of around 5000 persons.
Vader recorded their first official material in 1989 in Olsztyn which became the 4-track demo Necrolust. This was their first studio release that reached beyond the Polish borders and earned them some excellent reviews across the globe. They released the demo Morbid Reich in 1990 which eventually gained the status of being one of the bestselling metal demos in history. Morbid Reich was also the first release to host Vader’s now infamous logo. 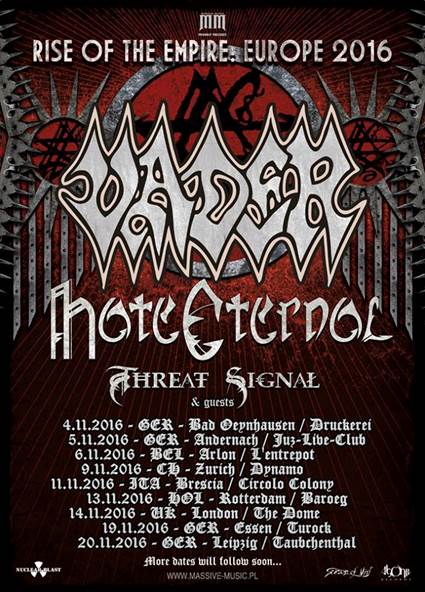