Vendetta Love have been generating a lot of attention over the last few months with increasing radio play not only in Ireland but across the UK and mainland Europe thanks to their balls-out, honest approach to grunge-infused Hard Rock. 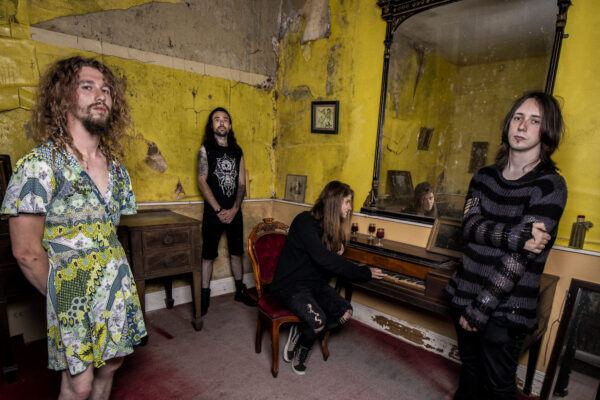 Vendetta Love – Down The Barrel Photography 2021

Today sees the band unveil their latest video for ‘Blackend Hands’ and details of their ‘Speak Now’ EP, due for release on Friday, September 24th. More details below…

Blackened Hands official video can be viewed below:

Speaking of the track, vocalist/guitarist, Shawn Namaste commented: “Lyrically that song is, to put simply, a recognition, and a release of some very fuckin long-held pain, and trauma. That I had to get out of me.”

The band have also announced the release of their anticipated new EP ‘Speak Now‘ which is due for release on Friday, September 24th as an independent release. Pre-save your streaming link here. 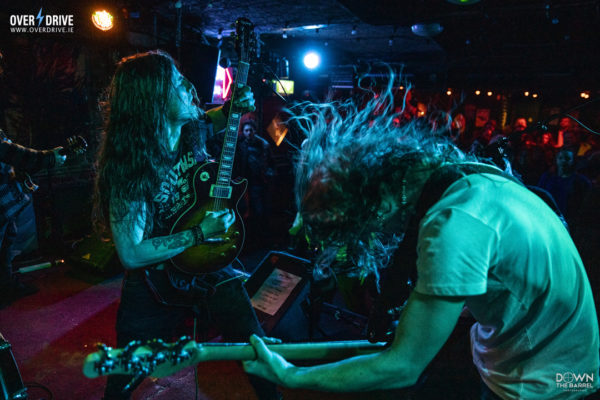 Commenting on the EP, Namaste explains: We chose ‘Speak Now’ as a title cos it’s pretty representative of where we’re at as a band.

We feel like it’s our time to speak, to give our music to the world.  It’s taken from a line in ‘What’s in the Blood’ ‘Speak now or forever hold your fuckin tongue’.  And that’s pretty much what we said to ourselves.

It’s almost become a mantra for us. The writing for this EP happened over quite a long time, to be fair. ‘Follow Me Down’ and ‘What’s in The Blood’ are songs we’ve had since pretty early on.

We had a relatively large pool of songs to pick from too, so actually deciding what we wanted to put on the EP was a real ball breaker. I don’t know exactly if there’s a concept to it, but there’s definitely a theme of colors. Greens, dark reds, and purples. I don’t know if that makes any sense, but we’ve all kinda said it, between ourselves.

Like a bunch of weird, color gremlins. We recorded it over 4 days in Trackmix Studio with Michael. It was a fuckin blast. Michael ‘got’ our sound straight away. He’s a really easy, cool guy to work with and he just let us do our thing. Getting to hear those songs grow track by track over the few days was almost like watching your kid grow. We can’t wait for everyone to hear it

The EP features both singles ‘Witches & Thieves as well as ‘Blackened Hands‘, check out the full tracklisting and cover artwork below: 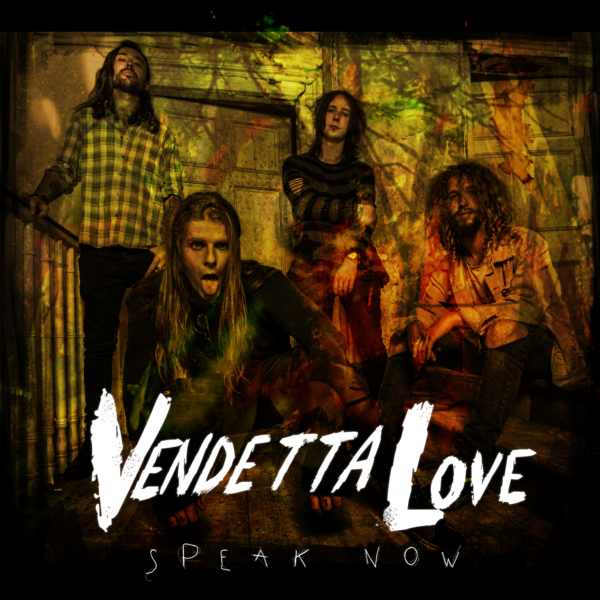 Vendetta Love will be embarking on a UK/Ireland 25-date tour starting in May 2022 with British Hard Rockers, ‘Harsh’, see the full list of dates below: 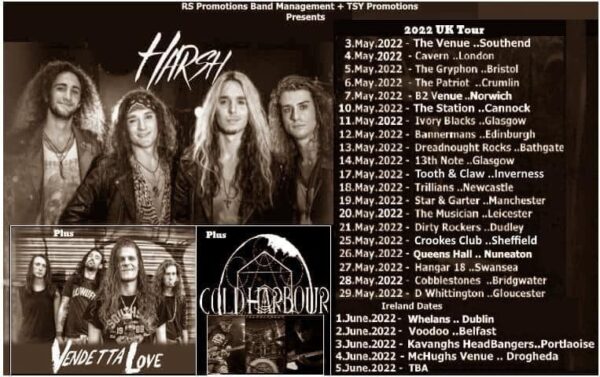