VENDETTA LOVE SET TO RELEASE ‘I AM’ EP NEXT WEEK!


Despite the turbulence of the pandemic and the punch in the guts for the live music industry, some bands took it on the chin and decided to surge forward and write as much new material as they could. 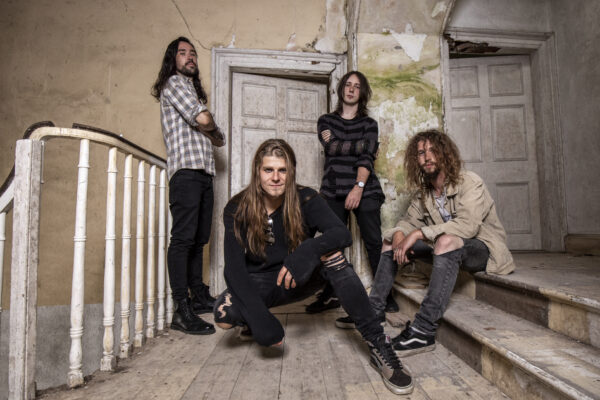 Vendetta Love – Down The Barrel Photography 2022

Vendetta Love are one of those bands.

With a slew of singles that have generated a considerable amount of interest from the Rock world, the Irish four-piece are pleased to present their latest release, ‘I AM’ to the general public from Thursday, August 18th.

Featuring a string of previously released singles, the EP captures exactly why they quickly became one of the most exciting new Hard Rock bands in the blossoming underground scene in Ireland.

‘I AM’ track listing:

“I don’t really think there’s an overall concept that ties the EP together in terms of making a statement or anything. Again, it’s just the four of us in a room turning everything up and letting everything out…Lyrically there’s definitely threads that run through all the songs, but they all come from different places.

Maybe ‘Cause and Effect : Frustration and Release’ is the main motivator, lyrically. The common denominator. but, really,  I think it’s more like a sloppy gang-bang. Each song is kinda connected to the other, but they’re not obliged to talk to each other afterwards. 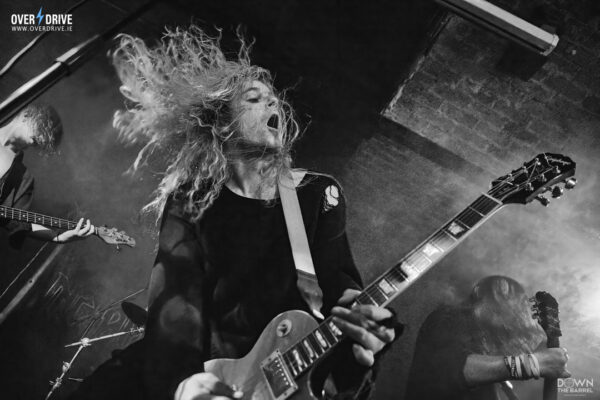 We got the title from one of the tracks on the EP, ‘I Am’. We all gravitated towards that more or less unanimously. It’s like a headspace. What are you? I Am this. It could be anything to anybody at any given time, y’know. I like that. It’s also like a response to our last release, ‘Speak Now…’

”Speak Now…”  “I Am”… We’re speaking now, to anyone and everyone who will listen.” 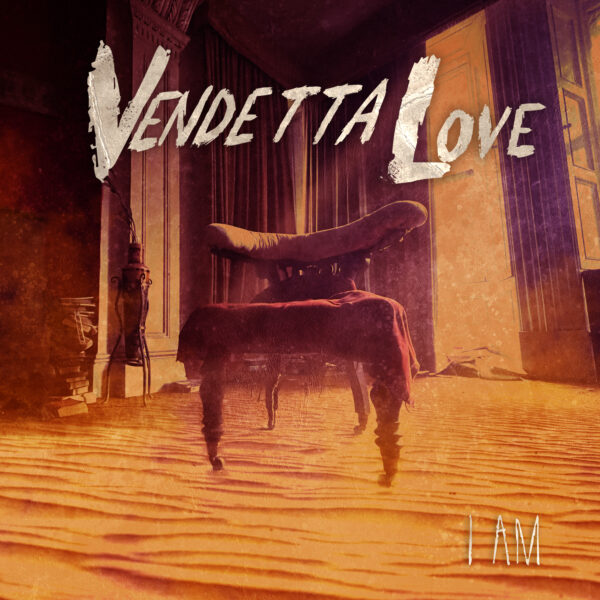 PRE-SAVE THE ALBUM ON SPOTIFY BY CLICKING HERE.

The band also gave us a breakdown of each track…

“I don’t wanna ruin this song for anybody by giving away my reason for writing it, so I guess it’s up to the listener what it’s about.

It really came to life in the studio. We’re all so happy with how this song turned out. I love Neil’s backing vocals towards the end. Very short, snappy vocals but they brought that section up a level. I’m pretty sure Darren gets pissed off anytime we don’t put it in the set too, and that man is a hard dude to please, so I think that says something. We’re really looking forward to people hearing this one…“

“Ode is maybe the second song we ever wrote. So, it’s been around for a minute. We wrote it after our first gig in Dublin, in a venue [now gone] called the Gypsy Rose, and it’s been a live mainstay ever since. It’s just a simple rock n roll song about filthy gigs and meeting people. One person, in particular, for me.”

This is probably my favourite song to play and sing live. We always seem to just fall into a pocket with it, the way Darren plays on this just brings a really cool groove that’s a lot of fun to bounce with. It’s one of those songs that’s all about the bass and drums really just holding down a killer foundation. It used to be called ‘Salems’, but it’s been reworked a little bit.

It’s about being pissed at living under a thumb, be that a person, a stigma or a government institution, and trying to kinda live around it but eventually accepting that you just gotta get your friends together and get the fuck out..

“That song was actually one of the quickest I’ve ever written. I think it took about 15 mins, and then I brought it to the boys later that evening and it was completed within an hour. One of those rare happenings when you just start writing and it writes itself!

It explores the relationship between desolation and desperate hope through the medium of substance abuse, not having anywhere to go that you can call your safe place, and the tiny little hole in the ceiling where light comes through, but you’re not sure whether you’ll be able to reach it or not. All you have to do is look around you anytime you walk almost anywhere in Ireland. People are not happy and are not thriving.

We’ve got the biggest housing crisis in living memory [In Ireland], and the divide between the so-called ‘classes’ is growing and growing. What we’re seeing and feeling is the result of all this greed and lack of empathy for one another. That definitely bore its way into my psyche when I was writing it.

On the flip side of that, on a more personal level, a close relative had been destroying his mother and siblings with his drug use, someone who I’d watched closely since they were a baby. I was at the beginning of the end of a pretty tumultuous relationship all-the-while trying to keep my own use and abuse under wraps from most people around me, so I was kinda living in this vacuum of shit, like a feeling of homelessness anywhere I would normally consider ‘home’.”

Ahh, this tune is basically a jam on a real slow, sludgy riff. Like walking through a field somewhere in rural Ireland… in the rain. Initially, we didn’t plan on putting this on the EP but, there’s something so appealing about the simplicity of it. The song has pretty much been the same since we first wrote it, and that’s kinda been intentional.

We didn’t want to make it anything it’s not, or expand it or complicate it even the slightest bit. Just jam on a riff and the lyrics are purely inspired by that riff. It sounds really old, I’ve always thought.  So it’s from the point of view of a raven and an oak tree having a conversation about how fucking old they are, all the shit they’ve seen and just kinda going back and forth..like two auld ones bragging about their stamp collections at bingo.

Catch the band performing in Dublin’s Fibber Magees on August 13th with special guests, The Voodoo Kitchen, Minus Ten Thousand Hours and Luna Sky. Details for the event can be accessed here. 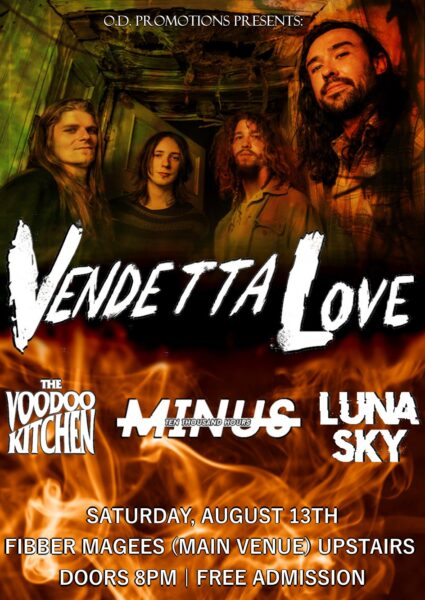