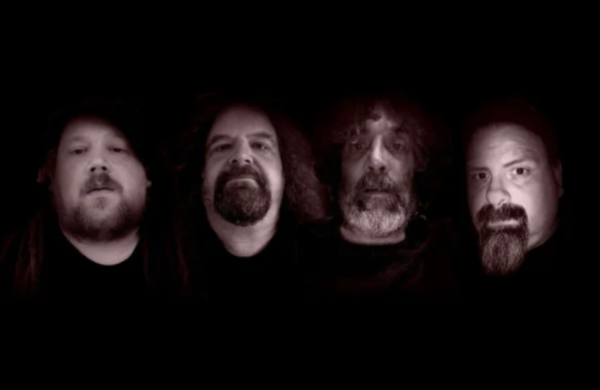 Recorded at Headline Music Studios in Cambridge, U.K. with producer Simon Efemey. the follow-up to 2020’s “Politics Versus The Erection” is tentatively due later this year via Season Of Mist.

Earlier today, VENOMOUS CONCEPT bassist Shane Embury took to his Instagram to write: “Finally finished the next VENOMOUS CONCEPT album with Simon Efemey at #headlinemusicstudios – I am seriously over the moon with what we all achieved! Teamwork as Simon says is always the way!

“The goal was to make an album that was not just another VC album but a venture into other areas of punk and hard rock – letting all of our lifetimes’ musical collective flow to make it the best we could!

Lyrically deep within these times – we have all had life issues – that is life – the hero’s journey. Songs at points have an amazing melody both sad sounding and uplifting to reflect the true emotions – catchy …

“I don’t know what anyone will think but come what may we made the album we wanted to make … that’s all that really matters. Not sure why I had to write this but felt I needed too !”

Starting out in 2004, VENOMOUS CONCEPT was conceived as something like a grind punk supergroup — if that term can even be applied to a bunch of people with clear counterculture preferences. The name was chosen to pay homage to the legendary POISON IDEA.

At the core of VENOMOUS CONCEPT, you will find BRUTAL TRUTH vocalist Kevin Sharp and Shane Embury, the iconic bass player of NAPALM DEATH. The two musicians had bonded over beer and pizza as well as their mutual love of punk heroes such as BLACK FLAG, SYSTEMATIC DEATH, GBH, SIEGE, and, of course, POISON IDEA.

In the meantime, here’s some archived footage of the guys live at Extreme Obscene Fest back in 2016. Enjoy…