Atarka unveils their latest single/video ‘The Bastard’, taken from their recent ‘Sleeping Giant’ LP. Watch the video below; 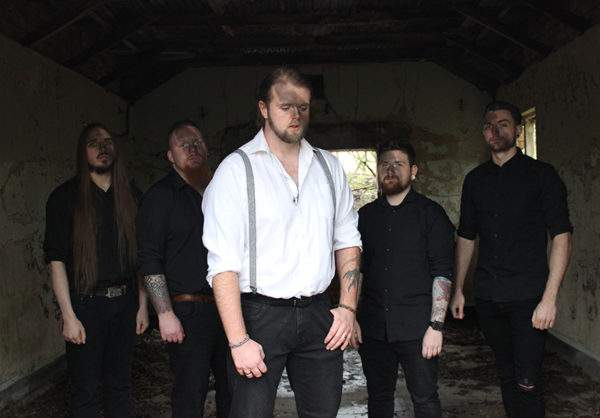 Hailing from Birmingham, Atarka are making a name for themselves with their latest opus ‘Sleeping Giant’, which was released independently last month.

Overdrive is pleased to share the exclusive video stream of their latest banger ‘The Bastard‘ via the link below;

Overdrive spoke to guitarist/vocalist Daniel McCarthy about the bands’ origin as part of our “Discover” series. Get the full scoop below;

OD – Give us a brief background on the band and the particular sub-genre that best
describes who you are?

Daniel McCarthy (Guitar/Vocal): We started as two people – myself, and Adam Bayliss
(Bass). We demoed our upcoming debut album in my spare room, recorded it for real,
and here we are – with a full lineup and a finished album. I won’t sub categorise things
too much, but we’re essentially a Metalcore band, but with more groove, and a bit of a
black metal edge in terms of the guitar riffs.

DM –  We have just released our new single from our recently released record ‘Sleeping Giant’,  ‘The Bastard‘. 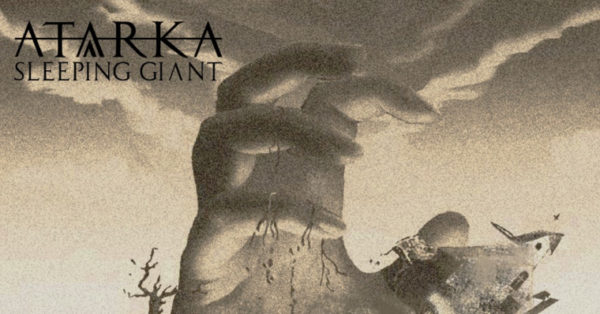 OD – Was there any one particular band/musician that inspired you to get involved with
music and if so, who?

DM – When we set out the write the album, we were spinning ‘Yellow and Green’ by
Baroness on an almost daily basis.

OD – How supportive has the local underground scene been for you and has it helped the
band in any way?

DM – Massively. Weirdly enough, it’s been on the more obscure and extreme end of the
underground scene. I became close with Conchúir O’Drona, who is the brains behind
the dark ambient project From the Bogs of Aughiska. He helped us out so much and
took me under his wing in many respects. He’s the most charming guy and doesn’t
have a bad bone in his body, despite his music exuberating an unnerving bleakness
that left a lasting impression on me. 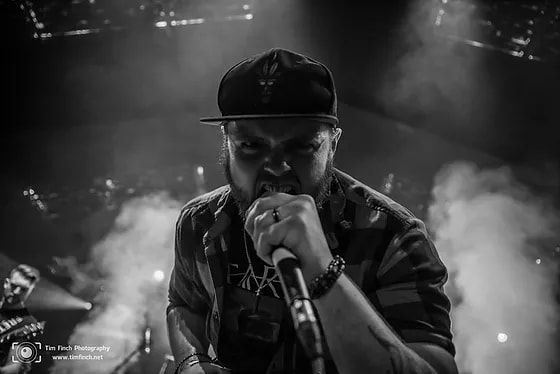 That being said, we’ve seen support from the underground across all genres. The
hardcore band CREATURE has also been really good to us. Bill Fisher (or ‘Brother
Bill’, as you may know, him) from Church of the Cosmic Skull has also been super
supportive in trying to expose us to his own industry contacts, despite the band
attaining almost cult status. No ego, it’s the best way to be.

OD – With the dramatic change in the way the music industry has evolved, how are you
experiencing the current climate and what would you like to see change in the future?

DM –  It’s hard. There’s no denying that. The social media age has given rise to a mass
amount of metal acts – every man and his dog are doing it. Don’t get me wrong, it’s a
great thing for the genre.

This means you have to really put yourself out – physically, and financially, in order to cut through. It’s a labor of love. But we do it for that very reason. We all have day jobs and are constantly looking forward to the next thing as soon as we’re driving home in the evening. It’s rewarding, and I’d only spend my free time at home playing old 90’s games or watching repeats of The Eric Andre Show.

In regards to what I’d like to see change, there are many things. But at the same time,
there are so many people out there fighting to get new bands noticed. So out of respect
to them, I won’t moan about the have-nots.

OD – With regards to the process of writing material, is there a particular method that
works, and if so, please let us know?

DM – In our case, it was a rather long process in which myself and Ad met up every
weekend for over a year and puked everything we had into demos, which eventually
became complete songs.

We rowed, we rejoiced, rowed some more, and then we
celebrated. We got there eventually. We always started with guitar riffs, and then
programmed drums around that, until we had a rough skeleton to take into the studio
where the rest of the boys (Alex, Phil, and Jay) fleshed them out and gave them life.

DM – In Flames. For me, early to mid IF served as the “gateway albums” that bridged
the gap between the middle of the road rock/metal and the more extreme stuff.

DM –  Led Zeppelin IV. It was the soundtrack to an immensely formative part of my
childhood that got me into music in the first place. My old man is a bit of a traveler and
used to drive us around Europe in the summer, and it was one cassette that was always
in the car.

DM –  When this Pandemic is over with and things are back to normal we will be planning a UK tour and if we’re lucky – a handful of European dates.

‘Sleeping Giant’ is out NOW. Find it on all good streaming platforms or purchase a copy on the band’s official Bandcamp page. 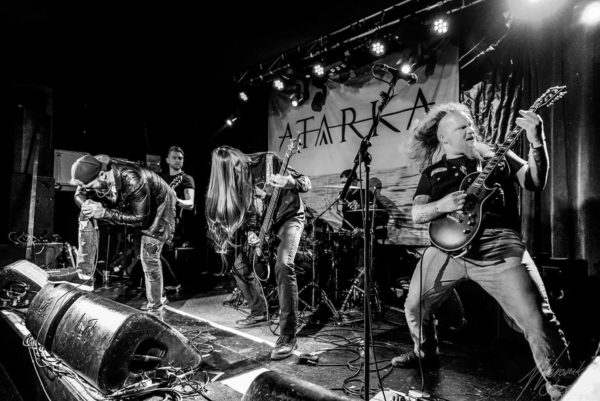