With the release of their new studio album, “You’ve Got Some Nerve” on September 17th, US rockers Snew have released their latest single “UR Freaking Me Out” and Overdrive have the world exclusive video premiere streaming right here. 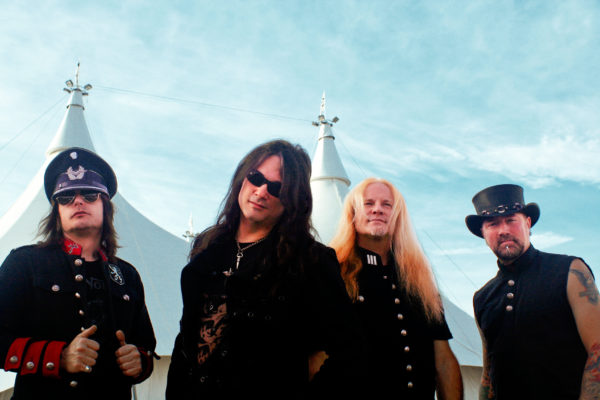 The band are also set to appear at Hard Rock Hell this November in Wales alongside Saxon, Michael Schenker Group, The Dead Daisies and more!

Check out the exclusive video premiere for ‘Ur Freaking Me Out?‘a below;

Vocalist Curtis Don Vito had this to say about the song:

“‘UR Freaking Me Out’ sets the tone for our entire new album. It’s about stirring things up and making things right. My uncle used to say “Do something. Even if it’s wrong, just do it.” He may have been joking at the time but I took it to heart. We’re living in strange times and strange times call for strange actions. There’s a lot of us out there that feel misunderstood. I say it’s high time we get out there and BE misunderstood. We’re not hurting anybody. If we freak you out then we freak you out. We can’t help it and you can’t stop us.”

Caught somewhere between the vocal prowess of Bon Scott and Ian Gillan and boasting the solid 80s-inspired riffage of Motley Crue, California rockers SNEW have spent the last decade making a lot of noise and a lot of friends. Their debut album, “Snew You” was dubbed one of the top ten hard rock albums of 2008 by Sleazeroxx.com, while their cover of “Highway Star” featured legendary prog-rock guitarist Allan Holdsworth.

And with every record, the band seem to bring on bigger and better production talent. On “Snew You” it was Bobby Owsinski (Jimi Hendrix, The Who, Elvis, Ramones). For album number two, “We Do What We Want“, they went with Grammy Award winner, Ed Cherney (Rolling Stones, Iggy Pop and AC/DC) and for their third album “What’s It To Ya” they hooked up with Abbey Road engineer, Ken Scott (The Beatles, David Bowie and Jeff Beck).

The band’s message is and always has been about inclusivity for all. A love for their audience and community, regardless of where they’re from. To Snew, rock and roll is about bringing people together for a good time and a chance to escape the grind.

Their shows are a chance to sweat out inhibitions and stress. The single greatest form of meditation there is. When asked about their ethos, frontman Curtis Don Vito had this to say “We play rock and roll. We get together and it sweats out of every orifice of us. Doesn’t matter if we’re in front of 12 people or 1,200. Every ounce of energy we have, just pours out of us and our message is simple; be who you are, do what you want. We don’t care who you are, what you think or where you’re from. There’s always room for one more.”

The single “The Juice of Power” kicked off 2016 debuting at #5 on the iTunes Rock Chart, before the band returned to Rocklahoma, one of the largest rock festivals in the US, on Memorial Day weekend. This lead to the band featuring in TV promos aired on the Nationally televised TV show “That Metal Show“.

They feature often on TV shows, films and national sports shows in the US, including the NFL, MBL and NHL, supernatural thriller “Extraterrestrial” released through IFC Films and heavily in the documentary series “Inside Metal: The Pioneers of LA Hard Rock and Metal.

All of which leads to the release of their fourth and latest album, “You’ve Got Some Nerve”; a thrilling ride of high octane hard rock, that streams from the heart and keeps the fist-pumping party vibe every step of the way. From the opening salvo of first single “UR Freaking Me Out”, to the blues-driven, early Whitesnake bite of “Revolution Is A Closed Loop”, through to the raucous self-titled closer. Come in, get up and dance, because all are welcome.

For more information on SNEW, please use this link. 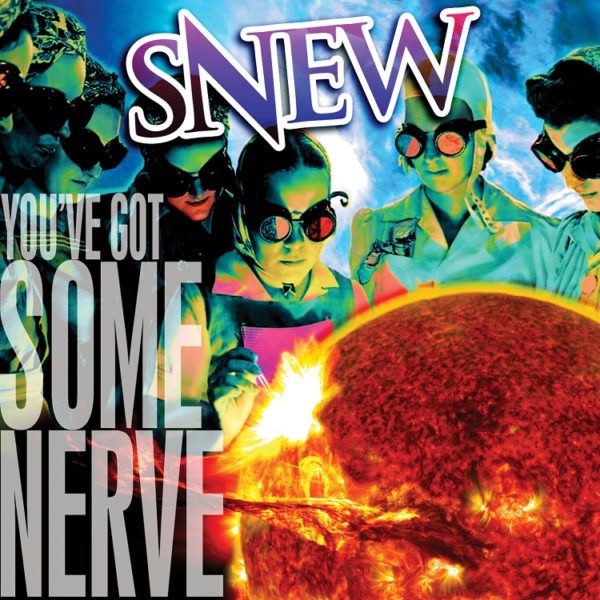 Album cover for SNEW – You’ve Got Some Nerve