Nottingham natives, Deathflux released their crushing new album ‘Execrated’ back in April of this year to critical acclaim from both, fans and press alike. Today, Overdrive presents an exclusive premiere for their new “Consume” lyric video.

Formed in early 2016, Deathflux is the brainchild of Nottingham guitarist Tom Clarke. Having spent several years playing up and down the UK and abroad in previous outfits, Clarke formed Deathflux in an attempt to expand his sonic palette.

A bold departure for all involved, Deathflux shows off a visceral double vocal approach, with vocalists Adam Jones and Patrick MacDonald violently barking over chunky riffs, intricate drum work and elastic solos. Tracks like ‘Transcend’ see the two engaging in a brutal sparring contest. Meanwhile, Clarke and second guitarist Tom Else play off each other effortlessly, with fluid trade-offs between high-speed guitar histrionics, creating a flattening wall of aural violence. 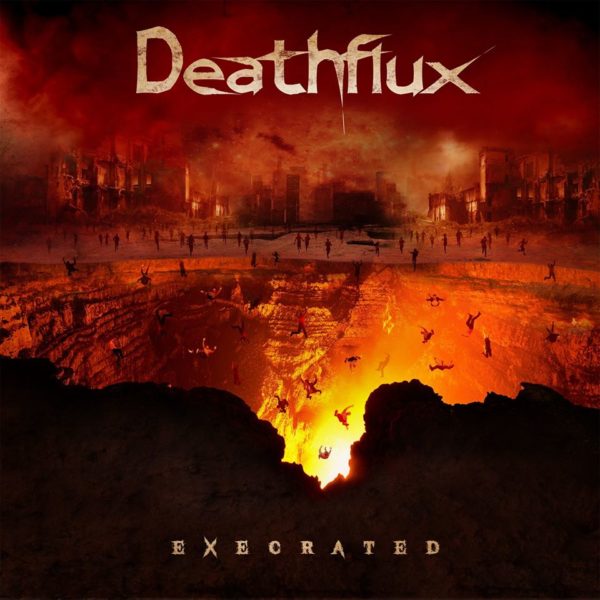 With a number of dates already under their belts, including a blistering debut show at Nottingham’s Rock City, and more on the boil, the band are keen to take their blistering assault to crowds around the world. With a belting debut and the live skills to back it up, Deathflux are a band to get invested in.