Not so much ‘burst onto the scene’ but rather assembled under an elusive mist that possesses a formidable presence, Dublin-based electronic/rock/alt three-piece Restive Nation finally unveil their long-awaited new video for ‘The Future’ from their debut ‘We Atrophy’ EP. Get the exclusive premiere right here! 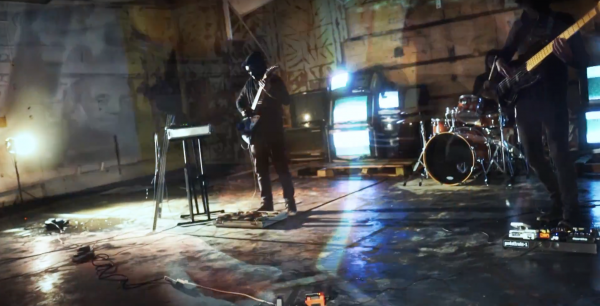 A three-piece instrumental at the core, the band find themselves branching out wider and wider by collaborating with a diverse range of vocalists across the Dublin music scene. The result is a genre defying, mind bending aural experience.

Meant as a narrative as opposed to 5 individual songs, WE ATROPHY is an observation of the human psyche’s effect on everything; while the evolution of man ascends it inversely alters our surroundings and sends life into disarray, forcing us to contemplate our detrimental habits. Featuring a diverse mix of guest vocalists along with instrumentals, WE ATROPHY is a complete showcase of every aspect of Restive Nation’s style to date. 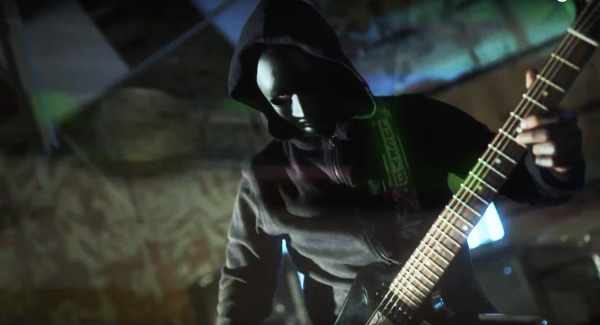 OD – For those that don’t know, can you explain as best you can, just what the concept behind Restive Nation is exactly?

CIARAN – We’re a three-piece instrumental band at the core that works with a multitude of guest vocalists. We try not to get too hung up on genre or style because we want to embrace it all. We’re currently working with roughly 10 different vocalists and it’s growing. The vocalists range in style from spoken word poets to indie to trip-hop to electronic to metal and everything in between. However, we find some tracks don’t need a vocalist so some remain instrumental.

OD – Most people look kind of perplexed at the thought of a band that uses multiple vocalists. Was this always the intention and will this be the case going forward?

CIARAN – No, it wasn’t always our intention. For the first year of our incarnation, we were actively and strenuously looking for a vocalist but no one seemed to be the perfect fit. Our friend Siobhán heard one of our demos and asked if she could do a vocal on it, we said yes and that turned into ‘It’s Just a Skull…‘ (debut single) It was Siobhán who suggested working with multiple vocalists in order to contribute to such a broad range of styles that the music was demonstrating. Going forward, we don’t really know what will happen.

Working this way creates certain limitations when it comes to gigging outside Dublin so if the right person came along we would be happy to have a permanent vocalist, the possibilities are open. 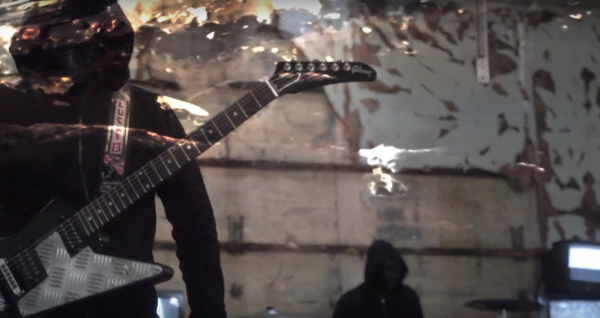 OD – There is a very distinct sound with the music but all the while, it’s not like anything that’s emerging from the Irish underground scene at the moment. Can you shed some light on your influences?

CIARAN – Between the three of us there is a massive range of influences and bands/artists we listen to, but if you boiled it down there’s really only a handful that we all actually agree on loving such as Nine Inch Nails, Tool, Deftones, Meshuggah. That’s not to say we sound like any of these bands.

A big part of this band has been embracing the future. Not only in our sound design and songcraft, but also with the very nature of the band; giving the listener a unique experience that they haven’t been met with before. In Ireland especially, it seems some artists are regurgitating the past rather than respecting it in their craft. Although we have dominant influences in our music we try not abuse it. It’s all about utilizing what we’ve learned from the past and using it to propel us into the future. 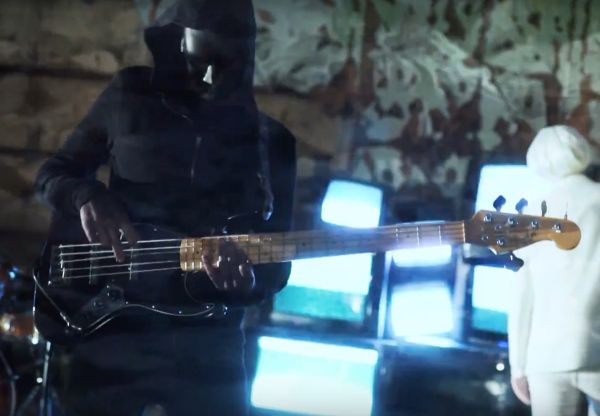 OD – With any band, the Irish alternative scene (or whatever you want to call it) doesn’t really support bands that come from a more heavier background. Do you think that there is too much focus on the mainstream and the ‘clean-cut’ indie bands that seem to be EVERYWHERE at the moment?

CIARAN – Yup, Ireland is a great place for the likes of us to stagnate. There’s an extremely limited amount of platforms in place for bands like us. As it is, there are not enough resources to encourage original music in Ireland, and any resources that are available are in the hands of certain people who are completely closed-minded and biased when it comes to genre and tend to give that money to “what’s hot right now“- the safety music, the music that fits neatly into a box.

This is money coming from ‘our’ Government, ‘our‘ Arts Council. There should be equal opportunities regardless of the style of music you play. We work just as hard as any other band but the minute you mention ‘heavy’ you are automatically looked down on as some kind of a joker and you are not taken seriously. This needs to change.

Sometimes we look at bands that are ‘making it‘ on the Irish music scene and we are absolutely perplexed at the lack of artistic integrity. Sometimes we wonder if people actually like this music, or if they like it because someone “cooler” said they should.

OD – Following the release of the EP, what are the plans for Restive Nation?

CIARAN – The main thing will be promoting the EP as much as possible, and to do this we want to play as many gigs as possible. The next thing for us would be to get out and explore, play around the country and maybe try to go overseas. The follow-up EP is already in the works and we’re certain it will be released at some point within the next year.

OD – Tell us about the concept of  ‘The Future’ video?

CIARAN – The video deals with environmental themes. It raises the issue of the human effect on everything. We are a species that strive for greatness but we have absolute disregard for everything around us. We are all starting to become aware of our problem because the effects of our habits are becoming glaringly obvious. We are all trying to change our ways but the question is, have we become too comfortable and complacent to actually make a real change?

Are we willing to take the plunge and reset to rediscover the things that actually matter in life? The video displays this conflict, this struggle. We have the beings in black, stronger in numbers who represent the corruption, oppression and comfort in debauchery. Then we have our being in white who represents the purity and enlightenment of what could be if we make the effort. The video climaxes in a struggle between the two and the story of the EP continues in the following track.

Check out the world exclusive for ‘The Future‘ below;

OD – Why the use of masks and will they become a permanent or occasional visual aid for the band?

CIARAN – It was never our intention to actively start using masks, but as we started kicking around ideas and concepts for the video we realised that we needed to make the dark side as oppressive and domineering as possible, and what’s more domineering than an expressionless being? Humans love to show emotion and if we take that element away we become quite terrifying figures. As for a visual aid for the future, they probably won’t become a permanent fixture but maybe we’ll break them out on special occasions.

OD – If you could change anything about the music scene in Ireland at the moment what would it be?

CIARAN – More resources and respect for the underground arts and music! Restive Nation have a connection with a small part of the Swedish music scene and it would seem that the Scandinavians are nailing it.

There’s an incredible amount of funding and opportunities in place for anyone who wants to get together and create some music. It doesn’t matter what level you are, what the genre is or what the name of the band is, everyone is entitled to something if you work for it. This has led music to be one of Sweden’s largest exports, and it doesn’t matter what kind of music you listen to, I’m sure we’ve all loved a Swedish band at some point in our lives.

Take this attitude to Ireland and you will get something very special. The Irish people are an extremely creative bunch, we have always been, it’s evident in our culture. From music to literature to art we nail it every time. And it’s time for certain groups to embrace this and to start valuing it.

Check out the cover art for ‘We Atrophy‘ created by Mainstage Design, below;

For more information on Restive Nation, please visit this link.

Restive Nation will be performing ‘We Atrophy’ in full on Friday, July 29th in Dublin’s Bello Bar venue. Click here for the official event link.