Ireland’s Words That Burn release the follow up to their last single ‘Riptide’ with the anthemic ‘Deathgrip’. Watch the video exclusively below;

“Deathgrip” is the fourth single to be released from the album which is available on all good streaming sites and for the old-school collectors, limited CD copies are on sale exclusively in Dubin’s Tower Records store on Dawson Street.

We spoke to vocalist Roni Vox about the latest video and the inspiration behind the track.

OD –  “Pyres” has generated a great deal of exposure for Words That Burn and today marks the release of a 4th single from the album – “Deathgrip”. Can you share with us a little insight into the inspiration behind the track?

RONI – I think it’s important for people to interpret songs on an individual basis because when you hear or see any piece of art, what the observer take from it is completely down to that unique moment in their lives.

The song for me was an escape from the complacency so many of us, including myself,  fall into with our own mental health and how we have adopted this “it’s ok not to be ok” mantra – Which is fine place to be, as an initial point of acknowledgement, but not OK if you linger there and do nothing about improving your situation.

If you are one of the lucky ones that have identified a problem, I honestly think it’s an obligation to yourself to do something about it. I understand the struggle, believe me…. and I understand that this may not be what some folk want to hear but I only say it because I want people to at least try and give themselves a chance at being happy.

OD – There are not many bands that can carve off 4 singles from just one album these days, yet, ‘Pyres‘ is literally packed with anthemic bangers from start to finish. Will we be seeing another single after ‘Deathgrip‘ in the near future?

RONI – I’d love to release ALL of them hahaha…. You never know.. it could happen. We are planning out the next 8 – 10 months so if we feel like another PYRES track is what people want to hear from us then yeah, it’s a possibility for sure.

OD – There is no doubt that that sound of the band is evolving and becoming a ‘bigger’ entity than ‘Regret…‘. Do you feel that the inner dynamics of writing is changing and becoming something different and if so, how would you describe it?

It totally has changed. Firstly, I love ‘Regret…’ I listen to it even now and again and I’m really chuffed with how good it sounds. But it was kinda thrown together from songs I had written and songs that Shane (Martin, guitars) had written.

There wasn’t really a lateral thought process behind it. It sounded so good cos we had an amazing producer in Italy. We now have a process that seems to work. It’s pretty simple. Shane brings an idea to the table. Then we demo it in our own studio before we bring it to the practice room. Then we jam it out. If it feels good live, it stays and we work on.

OD – The video for ‘Deathgrip‘ is very different from anything you’ve put out before, can you tell us a little about the concept of the video?

RONI – We decided to go with a lyric video for this track to really hammer in on the words. We think that the individual message that people receive from what we have to say on all our tracks is hugely important because they all come from somewhere personal. 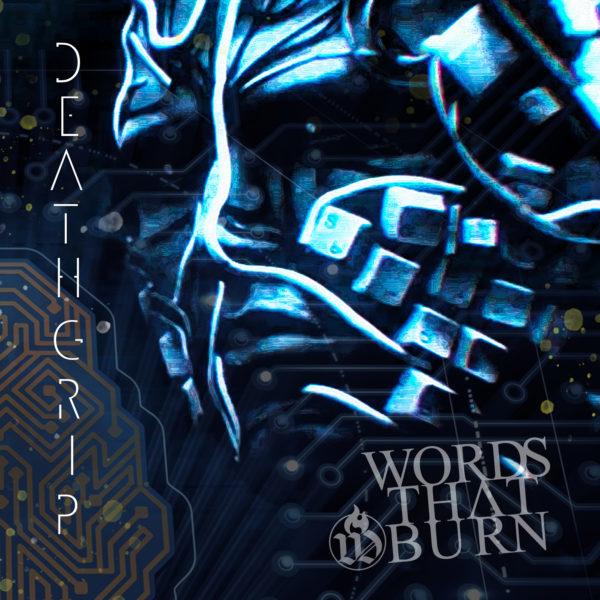 If this track or any other track can resonate with the listener and make them feel or think a certain way or change them for the better, then our job is done. As far as the concept goes visually, we let Andy (Very Metal Art) run with that. We gave him the track and basically said “what do you see when you hear this?” and he came back with this…… Honestly, we were blown away!

OD – There is a noticeable difference in the Irish metal scene these days with bands getting more exposure outside of the country. Do you feel that things are in a good place for Irish Metal these days?

RONI – Yeah. The scene here is booming. Some bands are doing really well which can only push younger bands to up their game and want to showcase what they got. The likes of the M2TM Ireland is a great forum for those bands to play to a much wider audience and gain some traction for their own shows.

OD – If there is anything you would like to see change about the scene in Ireland, what would it be?

RONI – I’d like to Irish radio and television taking our scene seriously. It is unquestionably the largest single music scene for original music in the country and even with bands like ourselves consistently charting with new releases and multiple bands doing tours and playing festivals, there is ZERO media coverage.

I’d genuinely love to see the metal more mainstream here like it is in mainland Europe. The demographic is there. The numbers are there. We don’t belong in the trenches.

OD – With regards to a follow-up to ‘Pyres‘, can you guys see yourself doing another full album or releasing a series of tracks and an EP instead?

RONI – We’ve discussed all of the above and we are putting a game plan in action for later in 2020. But you can expect new music from us in the coming months one way or another!

Words That Burn will be performing in Fibber Magees on March 14th in McHuges Venue,  Drogheda and 15th in Fibber Magees, Dublin and Clang Metal Festival on Saturday, May 2nd in the National Stadium with Candlemass, Coroner, Xentrix, Acid Reign and many more. 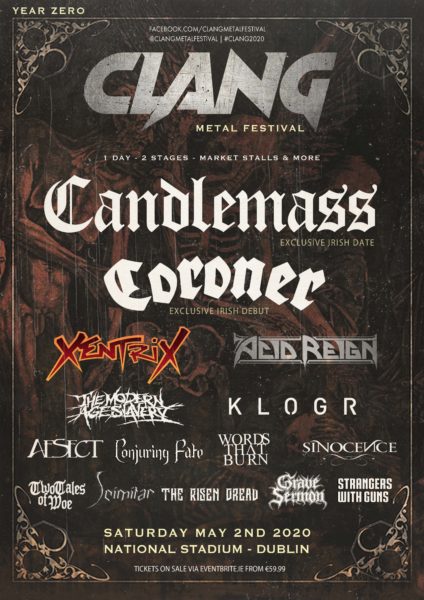 For more information, please click here. ‘Pyres‘ is out now.