Danish metal titans, VOLBEAT will be making their long-awaited return to Ireland with two exclusive shows in Belfast and Dublin this May. More details below; 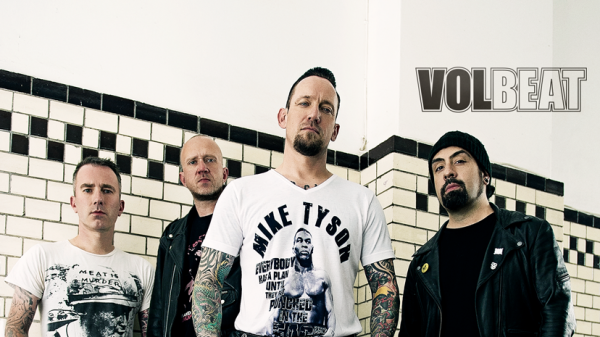 Volbeat will be taking to the stage in Belfast’s Telegraph Building on Saturday, May 26th and Dublin’s Olympia on May 27th with tickets on sale from Wednesday 14th March via Ticketmaster from €31.50 (inc booking fee).

The Danish/American rock ‘n’ rollers are planning to enter studio before the end of the year to begin recording their seventh album for a tentative 2019 release. The follow-up to “Seal The Deal & Let’s Boogie” will mark the band’s first full-length effort to feature bassist Kaspar Boye Larsen, who joined VOLBEAT too late to appear on the last CD. 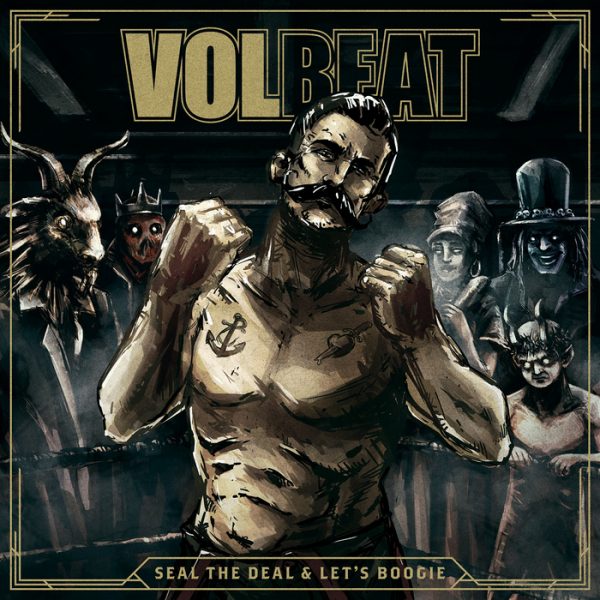 During an interview with “The Liquid Conversations” host Shawn SixX at last month’s Kilpop Awards in Las Vegas, VOLBEAT guitarist Rob Caggiano stated about the group’s plans for the coming months (hear audio below): “The immediate thing that we’re doing, in about a week and a half, is we’re going down to South America. Then we’re gonna do a bunch of European summer festivals — we’re headlining a bunch of festivals. And at the end of the year, we’re gonna be recording new stuff. So expect a new album next year at some point. That’s the tentative plan right now.”

“Seal The Deal & Let’s Boogie” was released in June 2016 via Republic Records. The album featured the single “Black Rose“, which landed at No. 1 on Billboard’s Mainstream Rock Songs airplay chart. It was the second track from the disc to top the list. The LP’s first single, “The Devil’s Bleeding Crown“, reached No. 1 in May 2016, while the follow-up single, “Seal The Deal“, got as high as No. 3 in December 2016.

The “Black Rose” achievement marked the sixth time in less than five years that VOLBEAT had had a No. 1 on the Mainstream Rock Songs chart.

The only other acts who have had six or more on the chart in five years or less since its 1981 inception are VAN HALEN, THE BLACK CROWES, THREE DAYS GRACE and SHINEDOWN. 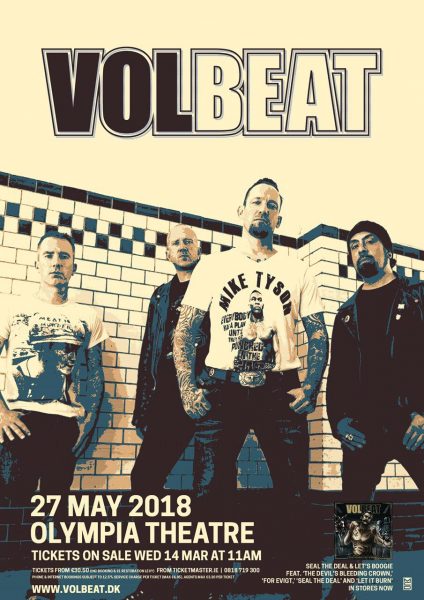