The news broke today that W.A.S.P. will be hitting the road next year to celebrate the bands legacy with the tour concentrating on the first four albums.

Without a doubt, one of the most important bands to emerge from the early L.A. Metal scene, W.A.S.P. brought back shock-rock to the Sunset Strip in the early to mid 80’s and paved the way for countless bands thereafter.

A statement from the band’s social media this morning reads;

The 1st Self-titled Album, that in some countries was called ‘Winged Assassins’, featuring songs from that now classic record, ‘I Wanna Be Somebody’ and ‘L.O.V.E. Machine’, to the 2nd Album: “The Last Command”, along with “Inside the Electric Circus”, to the iconic Masterpiece, “The Headless Children”.

These hits from the first 4 Albums have never been performed together, “LIVE”, as they will be in this most special show, and will NEVER BE REPEATED EVER AGAIN!!

More dates to be added soon!”

W.A.S.P. Nation (Official) will bring the ‘1984 To Headless’ tour to Belfast & Dublin in October 2020. See them at Limelight Belfast on the 7th and The Academy, Dublin on the 8th. 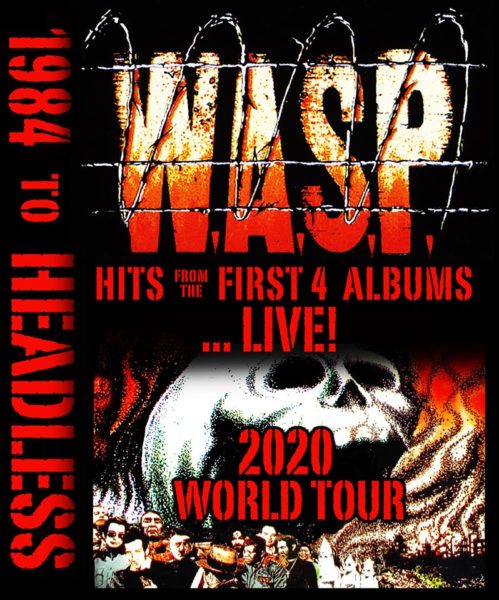