Having formed in 1982, W.A.S.P have been one of the key bands in the heavy metal history books, pushing the boundaries of ‘shock-rock to the very outpost during their heydey. Once feared across the western world for their outrageous stage antics and most notably their infamous front-man, Blackie Lawless, W.A.S.P return to Europe in celebration of their classic ‘ The Crimson Idol’ release, which turns 25 years this year. Get all the details below; 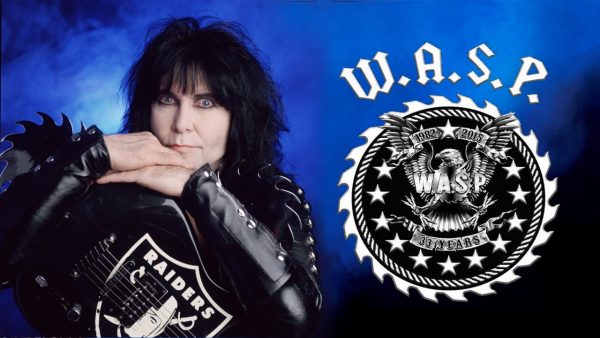 Marking their legacy of 35 years back in 2015, W.A.S.P returned to the live stage with then new album ‘Golgotha‘ under their belts. Sounding as venomous as ever, Blackie Lawless and Co. pulled off a spectacular show in Ireland (see review here) as well as critically acclaimed reviews from across Europe and beyond.

Now, as they celebrate their fifth studio album ‘The Crimson Idol’ with a selection of dates across Ireland and the UK, Overdrive can reveal that the L.A metal icons will be taking to the stage in Belfast’s Limelight on October 18th and Dublin’s Academy on October 19th, for a truly special night that simply cannot be missed!

Tickets for W.A.S.P ‘CRIMSON IDOL’ 25TH ANNIVERSARY will be on sale from Wednesday, 25th January from Ticketmaster and also available from Sound Cellar on Dublin’s Nassau street. Priced at £25 (Belfast) and €30 (Ireland), these exclusive dates are expected to sell out fast, so get your’s sorted as soon as you can!

The Crimson Idol was released on May 24th, 1992 and saw a remastered version emerge in 98′. This being the band’s fifth studio album, reached the top 40 in over five countries. This was also one of the bands first attempts of a concept album which tells of the rise and fall of fictional rock star Jonathan Steel.

Originally set out as a solo project for W.A.S.P frontman, Blackie Lawless, the vocalist succumbed to fan pressure and released it under the W.A.S.P name. Check out the album in its entirety below; 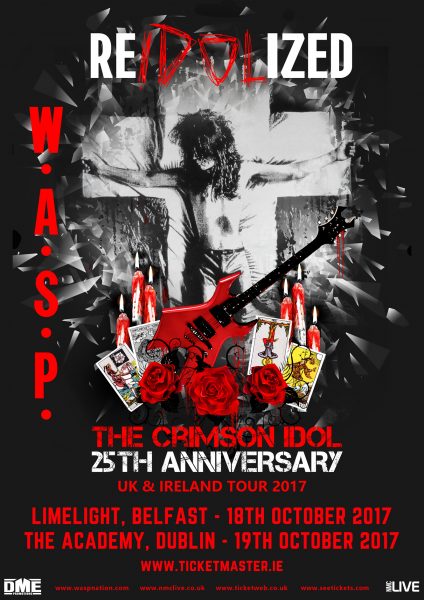