Walpurgis Night Galway 2018 with The Wandering Midget, Ten Ton Slug and many more!


Light the fires of Bealtaine, it’s the end of the spring equinox, and the annual Walpurgis Night once again brings a celebration of pest, whooping cough, and witchcraft to the city of Tribes for the seventh time, bringing the best across the spectrum of the metal genres in the Irish scene and abroad. 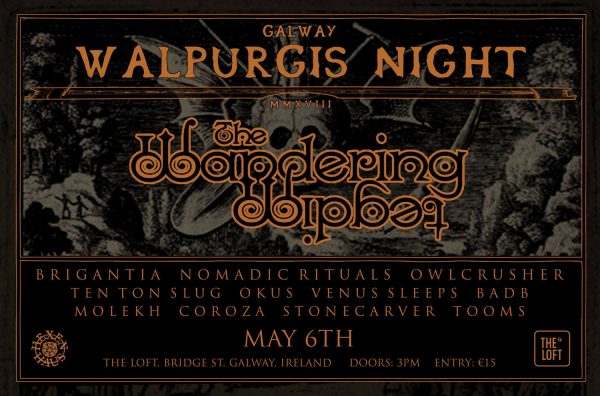 Headlining this year is profound oddity The Wandering Midget who will be crossing the continent from the watery planes of Lappeenranata, in the land of metal, Finland. Coming to life in 2005 with ‘The Serpent Coven’ and ‘I am the Gate’ and followed by absolute masterpiece ‘From the Meadows of Opium Dreams’ for fans of their fellow countrymen the Reverend Bizarre and traditional doom metal of Sabbath. 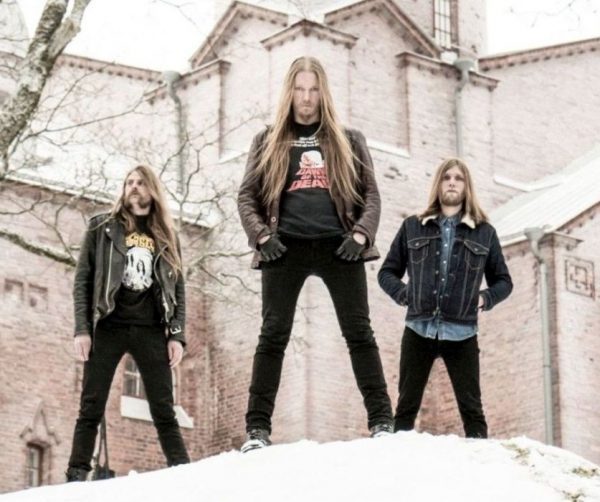 But this music is in no way conventional, the trio is fronted by the most superior vocal performance, you will find anywhere in metal coupled with their intelligent songwriting and guitar work, they also know how to navigate into the depths of doom and pick up the pace and rock when the time is right. Over 10 years in the game and their recent output last year with ‘Where We March the Vultures Follow’ is yet another excellent 17-minute epic.

Main support band, Brigantia don’t have a huge back catalogue, but their last 2 releases have had a cult following in the Irish scene. The traditional doom metal trio have been around since 2007 and during this time has earned the reputation of one of the best doom metal bands in Ireland and solid live act. Their music has been compared to Scandinavian doom metal masters Reverend Bizarre and Candlemass.

Brigantia have managed to mix two things that don’t normally go together: the enjoyable, vintage Sabbath bounce of regular blues-based doom, and that more serious, load-bearing side characterized by grimmer, slower riffing. 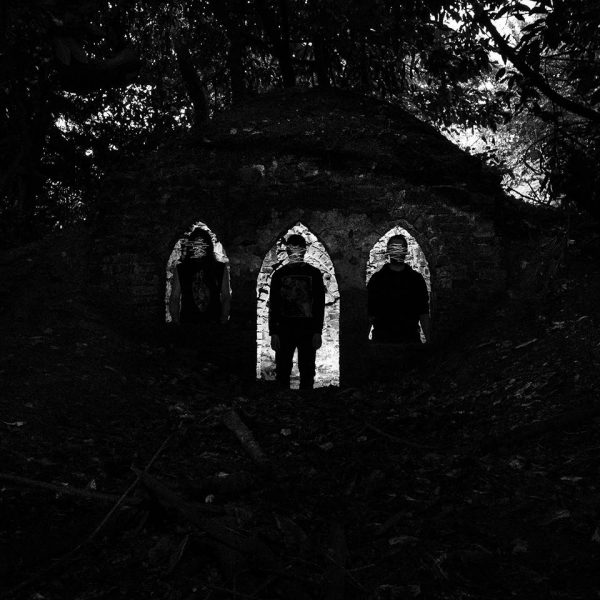 The mysterious Owlcrusher from the north had been running for many years have not released anything to this other than ‘The Spoiler’ a frightening display of Doom/Black metal. But recently they have taken off, signing to Seeing Red Records across the Atlantic. The devastatingly vicious debut album has been making waves recently, supporting Paradise Lost, headlining UK tour and supporting Bellwitch in Sweden off the back of it. 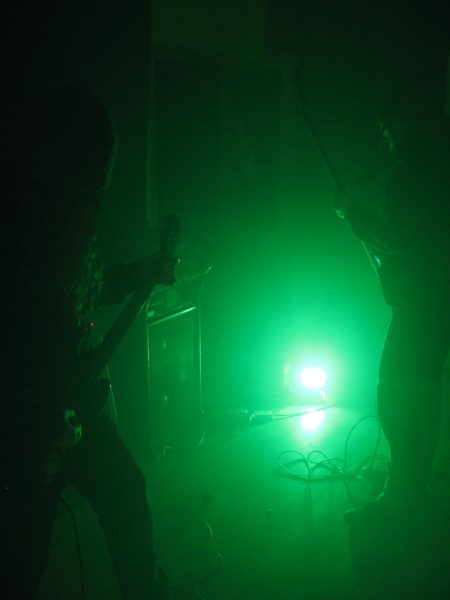 Belfast’s Nomadic Rituals quiet on the gig front for the past couple of years due to writing their 1-hour epic ‘Marking the Day’ and are ready to hit the live scene again. It’s a hypnotic mix of stoner doom death metal and drone. Having created a stunning Split with Tome in 2015 gained attention around the country with their long songs and engaging live performances.

Okus an eclectic mix of crust punk and death from Drogheda have been extremely consistent with quality output. After destroying the cellar in 2105, they return with their latest album ‘Scourge’ which has become a classic in both the Irish metal and punk scenes.
Ten Ton Slug Galway’s prime metal act playing far and wide on the local circuit and the UK for the past few years, the most recent outing opening for Black Label Society on 3 nights of their European tour. They recently released their Blood and Slime EP and have been pushing it far and wide, and its has worked, as the next dates are set to be Metaldays festival. 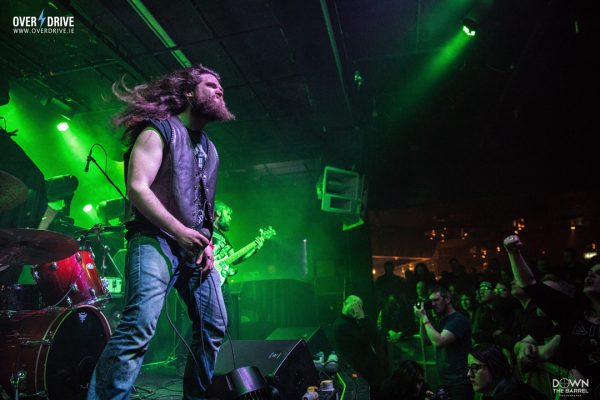 © Down The Barrel Photography 2018, exclusively for Overdrive.ie.

Venus Sleeps are a psychedelic doom metal band from Dublin. “Dead Sun Worship” gained a lot of attention for its excellent guitar work and song composition.

Having been compared to Electric Wizard, Hawkwind and Pentagram, Venus Sleeps create their own sound by mixing doom metal with 70s psychedelic, space rock and blues.

Walpurgis Night introduces mysterious new Black/Death outfit Molekh, likely under the radar to most, will play their first gig at Walpurgis Night, members are well-seasoned musicians from Thy Worshiper, a fully Polish lineup based in Dublin taking from the pages of the books of Malthusian and Deathspell Omega.

BADB is what you get when you mix Crowd Control’s rhythmic section, galway scene legends Bacchus‘ guitar work and dublin cultists Drainland. These miscreants will destroy your eardrums with ferocious crust punk.

Stonecarver a Galway metal band playing an intriguing mix of doom/drone, with their extra-long songs and without any pause in their live shows. We have yet to hear recorded output from them but judging from their live performances will definitely be one to watch out for.

Openers, Tooms are a band from Limerick playing stoner doom and somehow fusing it with hardcore sections and making it work. 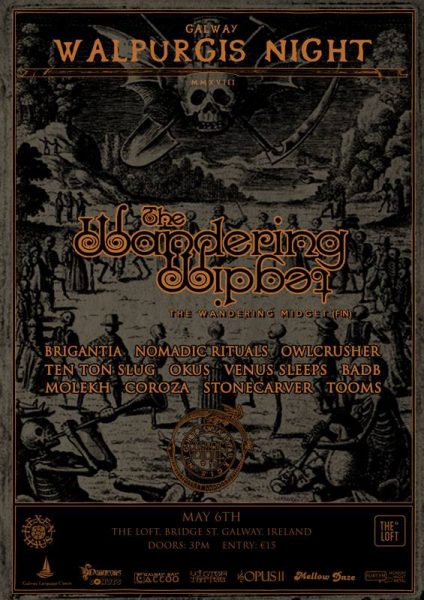