Swedish black metallers WATAIN will release their new album on January 5, 2018. To coincide with the disc’s release, the band will embark on a short European tour, consisting of shows in Stockholm, Sweden; Berlin, Germany; Tilburg, Netherlands; London, England; and Paris, France. 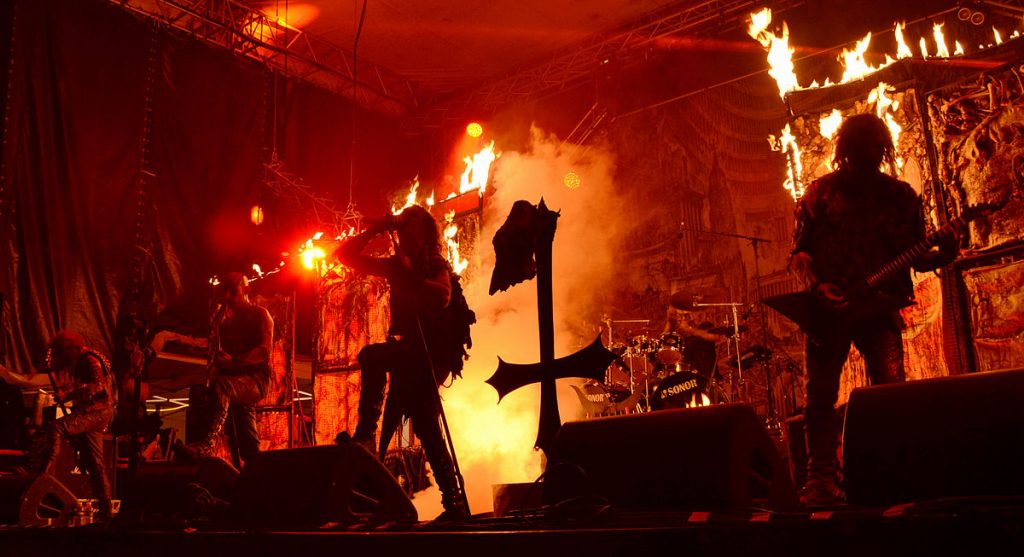 WATAIN’s next album will be the follow-up to “The Wild Hunt“, which came out in August 2013 via Century Media.

The yet untitled new album is due for release on January 5th, 2018, so keep your eyes on the bands’ official website for more details.

In an interview with the elusive frontman Erik Danielsson back in 2015 he commented;

“Orthodox black metal was the common term for a few selected bands that co-existed for a few years in the beginning of the millennia, and to my knowledge the term has since then been continuously misused and discredited by idiots, which is why we have refrained from using it in relation to WATAIN since many years back.

Anyway, yes, we broke rules and crossed borders on ‘The Wild Hunt‘ for sure,” he continued. “That is one of the main things we do with this band. I do not see it as going in a certain direction, however. The progression of WATAIN reflects the changes of a landscape — external and internal — along the path that we are destined to walk upon. 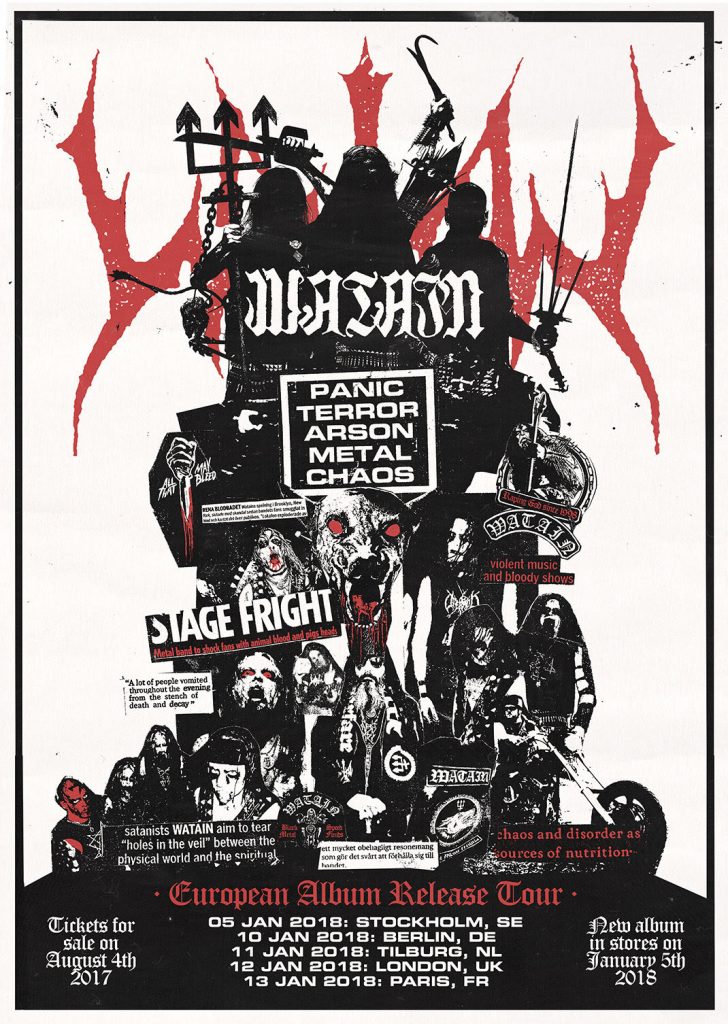 When we wrote ‘The Wild Hunt’, our surroundings were very heavy, solemn, stern and life-altering. If we were to write an album now, I think it would sound quite different. Just like each of our albums sounded different to its predecessor.”

Erik added that his personal perspective of “The Wild Hunt” material has changed after performing it live with his bandmates for the last several years. “It grows stronger, and increases in depth and weight,” he said. “The songs evolve on stage, their character intensifies, their venom grows more potent, more direct. It is a very rewarding and inspiring process.

“I relate to the idea of that writing a song in WATAIN is similar to releasing/unleashing something,” he explained. “The recording of it in a studio would represent its birth, and the performing of it on a stage is where we allow it to come to life, where it is charged with the force that we have accumulated over the years. I think people who have listened to the album will know what I mean when they see the shows.” – Metal As Fuck © 2015 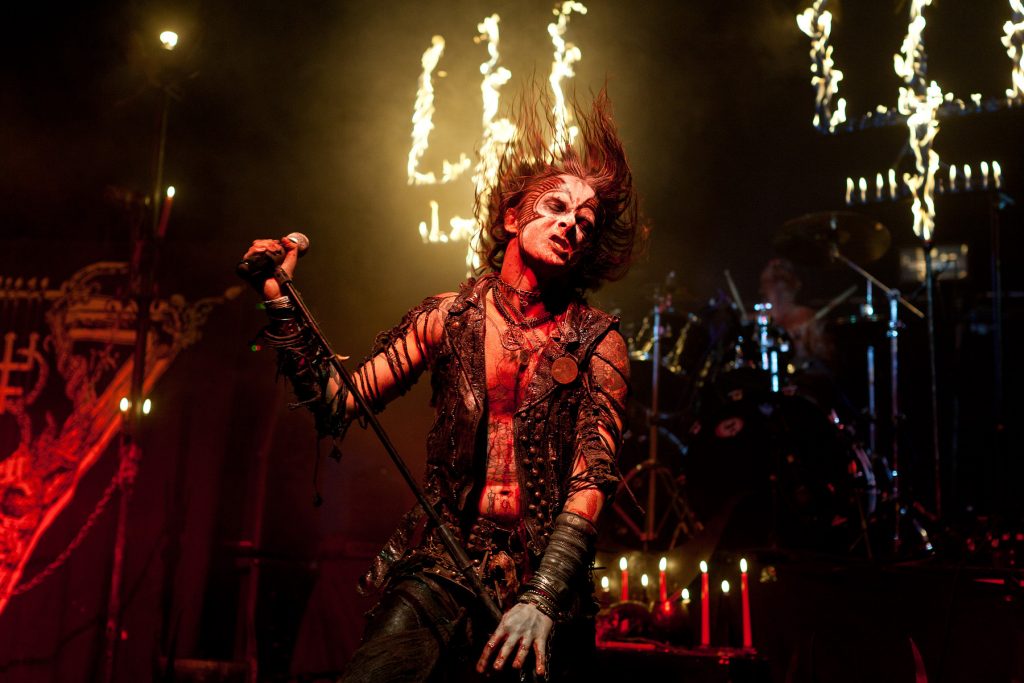 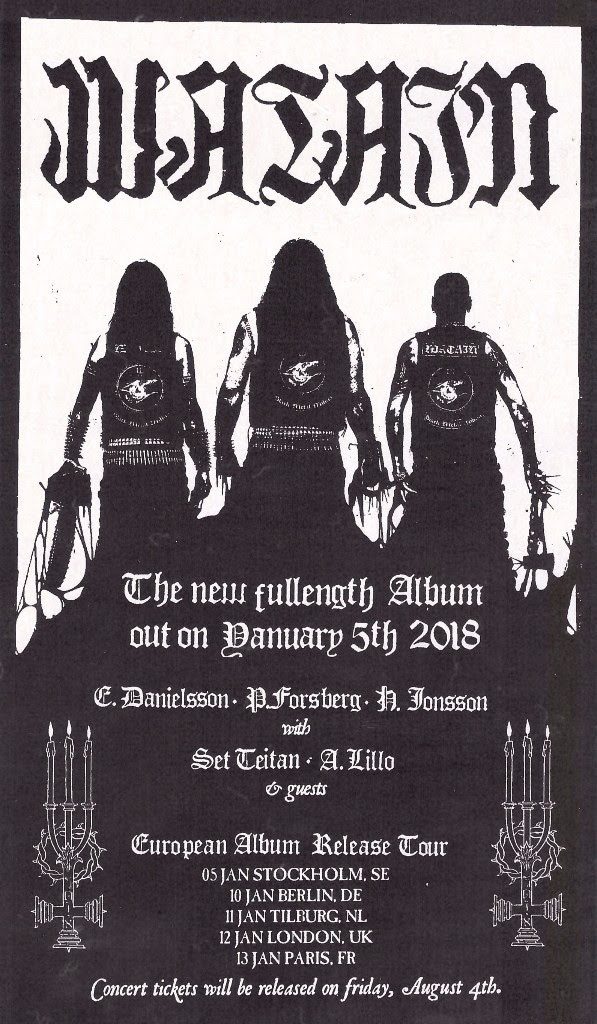