Today, ROB ZOMBIE releases the music video for “Shake Your Ass-Smoke Your Grass” off the highly acclaimed The Lunar Injection Kool Aid Eclipse Conspiracy. Watch it below…

ROB ZOMBIE will head on the road for the “Freaks On Parade” U.S. Tour with MUDVAYNE, STATIC-X, and POWERMAN 5000 this month…

Watch the music video which was animated by Balazs Grof below…

The 21-city tour kicks off on July 20th at the Hollywood Casino Amphitheatre in Maryland Heights making stops across the U.S. in Tampa, Holmdel, Tinley Park, and more before wrapping up in The Woodlands at Cynthia Woods Mitchell Pavilion on August 21st. Purchase tickets for the tour here: 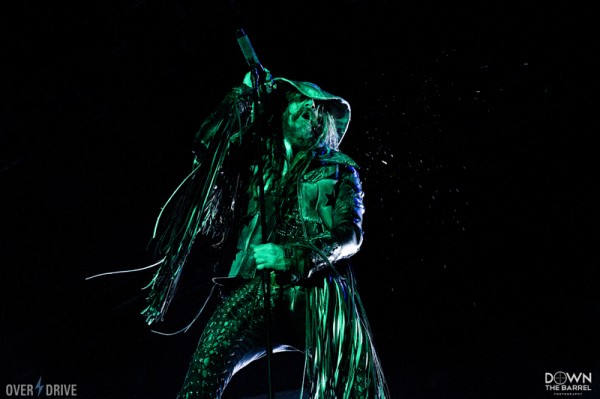 Pic – Down The Barrel Photography, exclusively for Overdrive.ie. All Rights Reserved © 2022