Yesterday the Metal and Rock world discovered that Wayne Static, the guitar / vocalist for Death Disco ensemble, Static X was found dead following what appears to be a drug related fatality. 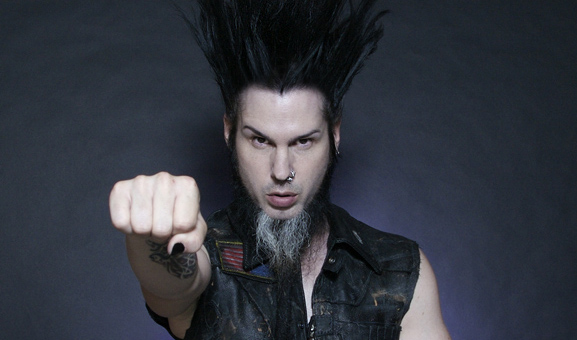 Singer/guitarist Wayne Static (born Wayne Richard Wells) of the industrial metal band STATIC-X has passed away at the age of 48. His death was confirmed by Wayne’s publicists at FiXT Publicity.

There has been no official confirmation of the cause of death, but some of Static’s music industry colleagues suggested in their reactions that drugs may have been involved.

A statement from a publicist indicated that the singer and guitarist had kicked hard drugs in 2009, adding, “This is not a drug-related incident or an OD.”

Morgan Renken, who worked with Static and the band for 15 years, says Static died Saturday. She declined to give the location or the cause of the death.

Static was the lead vocalist, keyboardist and guitarist for Static-X, whose “Wisconsin Death Trip” went platinum. He also released a solo album, “Pighammer,” in 2011. Renken says Static was set to begin a monthlong U.S. tour Monday and he planned to play in Russia and England next year.

Static was a native of Muskegon, Michigan, and lived outside of Joshua Tree, California.

Below is a a selection of comments from the world of Rock & Metal stars as they come to terms with the loss of a fellow musician and friend.

Jacoby Shaddix (PAPA ROACH): “RIP Wayne…. This is so sad. Too many musicians are dying from overdoses. I’m serious, addiction is real and takes fools out. No one is invincible. So glad I live a sober life today. The number of friends that I have lost to addiction is crazy. If you are struggling witn addiction, get some help before it’s too late. I know drugs and partying are part of the ‘rock ‘n’ roll lifestyle,’ but damn, how many more gotta die??? Fuck the lifestyle, I want life!!!! See you on the other side, Wayne….”

Dino Cazares (FEAR FACTORY): “He’s a legend, a great guy and songwriter. It sucks to lose a friend to something that you wish you could’ve helped him for. R.I.P. Wayne Static.”

Billy Corgan (SMASHING PUMPKINS): “I am shocked to hear that Wayne Wells (Wayne Static) has passed away. I played with him in his first band, DEEP BLUE DREAM, in 1987/88. He was a real gentleman, and loved music (and KISS, Ace in particular). Even had his the hood of his car painted with the KISS logo.”

Corey Taylor (SLIPKNOT, STONE SOUR): “I am absolutely devastated to hear about Wayne Static’s death. A good man and a good friend. My thoughts are with his family and friends.”

Ozzy Osbourne: “Very sad to hear of Wayne Static’s passing. Spent a lot of time together on Ozzfest tours. A tragic loss. Love to his family/friends.”

Chris Kael (FIVE FINGER DEATH PUNCH): “Thoughts go out to the friends and family of Wayne Static. May his life inspire others to make a change in their own lives — today.”

Clint Lowery (SEVENDUST): “My heart goes out to the family and loved ones of Wayne Static. He created some cool music with his time on earth. Stay safe out there y’all.”

Aaron Lewis (STAIND): “My heart goes out to Wayne’s family. He was my friend. Many shows and tours together. I’m stunned and shocked. RIP my dear friend #speechless”

KORN frontman Jonathan Davis said: “Rest in peace, Wayne. I’m speechless right now. I’m losing too many of my friends. I’ll see you on the other side, brother.”

John 5 (ROB ZOMBIE, MARILYN MANSON): “Very saddened to hear that Wayne Static has passed away in his sleep. I performed with Wayne for our friend Nancy Sayle’s ‘Rock Against MS’ show in 2013 and worked with him for his track ‘Cannibal’ in 2007. My thoughts are with his wife and family and friends.”

Brian Fair (SHADOWS FALL): “Saddened by the news of Wayne Static’s passing. Too many people I have toured with have been dying way too young. RIP.”

Cristina Scabbia (LACUNA COIL): “Shocked. Waking up with the horrific news someone you knew died is the worst feeling in the world… R.I.P. Wayne.”

FEAR FACTORY said: “We would like to send out our condolences to the Wells family R.I.P. Wayne Static.” 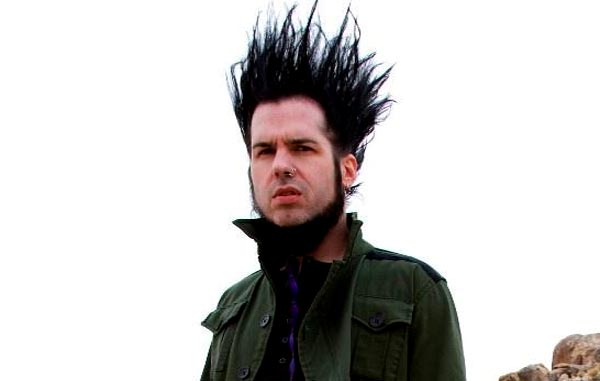 David Ellefson (MEGADETH): “This is just horribly sad news. I have such great memories of our tours together over the years. Wayne was truly an originator, innovator and milestone contributor to metal music. My condolences to the STATIC-X organization and family.”

Morgan Rose (SEVENDUST): “Crushed to hear the news of Wayne Static passing away. We played many shows together. Horrible news. RIP Wayne.”

Shaun Glass (BROKEN HOPE, THE BLOODLINE, SOIL) stated: “I lost a friend today. Beyond mad and saddened at the same time. SO many memories. R I P Wayne.”

Otep Shamaya: “Very sad to hear about the loss of Wayne Static. He was so sweet and talented. Our condolences to his family, friends, and fans.”

Miguel “Meegs” Rascon (COAL CHAMBER): “Wayne, this was the one photo taken when we were on tour with you with WE ARE THE RIOT. So happy I have this. You were part of the nu metal movement that shaped the metal scene in L.A. with COAL CHAMBER and countless others. We were a scene. Untouchable. Family. Hungry… I will miss you, brother. RIP. I’m your homeboy forever, wherever you are. Much love.”

DJ Ashba (GUNS N’ ROSES, SIXX: A.M.): “You will truly be missed. God bless your family, friends and fans in this moment of sadness.”

Shawn Drover (MEGADETH): “Sad to hear of Wayne Static’s passing. Way too young… Such a shame.”

Pete Loeffler (CHEVELLE): “Just heard about Wayne Static passing away. Sad news indeed. We played with STATIC-X a hell of a lot over the years. RIP bro.”

SOIL said: “We are beside ourselves with sadness right now. Another legend lost. We will miss you, brother.”

Shavo Odadjian (SYSTEM OF A DOWN): “REST IN PEACE BROTHER!!”

“My friend Wayne Static has passed away.

“So glad to have known him, recorded with him, toured with him, partied with him and had MANY real conversations with him. He was a good soul who chose the wrong path. “He will be missed.”

STATIC-X released six studio albums between 1999 and 2009 before disbanding. Static then launched a solo career and released his debut solo album, “Pighammer”, in 2011.

Wayne was scheduled to take his solo band back on the road for a co-headlining tour with POWERMAN 5000 starting on November 6 in Waterloo, Iowa. 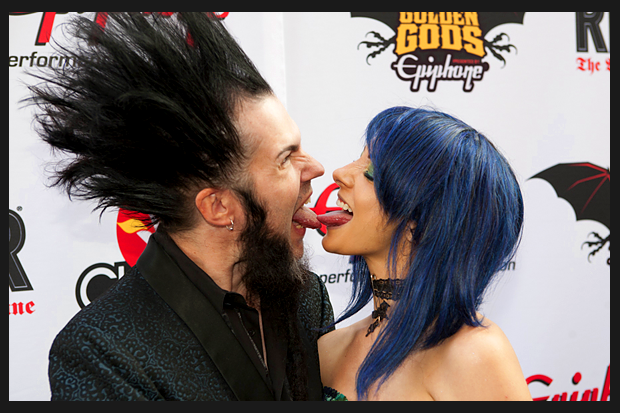