WHAT HAPPENED WHEN EXODUS CURRENT VOCALIST SAT DOWN WITH THE BANDS’ FORMER VOCALIST.


Former Exodus frontman, Rob Dukes was a guest on [current Exodus frontman] Steve ‘Zetro’ Souza this past weekend. The guys talked about Rob getting fired from the band and much more… 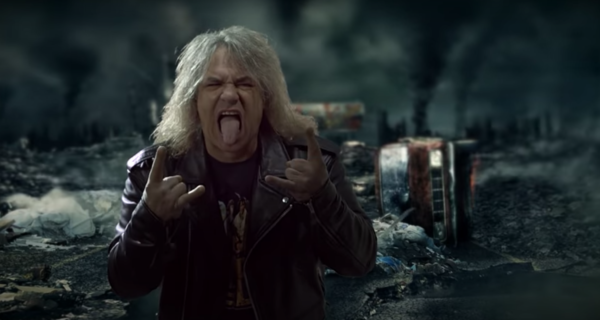 Souza has uploaded the entire 2.5-hour conversation to his program’s official YouTube channel.

Dukes opens up in this career-spanning interview including looking back on his early days, as well as joining Exodus in 2005 – replacing Souza – and being fired in 2014. Souza returned to the band following Dukes‘ exit.

Dukes on being fired from the band: “I was angry for about a year. Maybe even longer. I was 47 years old. I got married five days before, and you fucking fire me. If I was by myself, if I was just me, I would have been okay with it. I was responsible for another human being. I just moved my entire life from my comfortable New York upbringing to a place where I know one person (Arizona), and I don’t even know him that well.

I remember telling my wife, ‘We’re gonna be okay. It’s fine. We’re fine. I’ll sell my car and that’ll get us a year rent, and we’ll be okay. I’ll figure it out, we’ll be okay…’ but in my head, I was fucking terrified. I felt like (Exodus) took something from me that I earned, that I deserved, but I was looking at it wrong. I didn’t deserve anything, I didn’t earn anything. I was grateful to be there and I tried to do the right thing. I remember writing a statement and putting it out there.

I was grateful for going to over a hundred countries in my lifetime, playing in front of the millions of people that I got to play over 10 years. I was grateful for every opportunity that was given to me; I was honestly grateful. But also, I was angry, and I had every right to be angry, but I wasn’t able to see it for what it was until a year later. It took me a year.”