It’s one of those totally off-the-wall stories that come from out of nowhere! Cannibal Corpse guitarist Pat O’Brien got himself into a bit of a situation that no doubt he’s gonna regret. Once the meds have worn off… 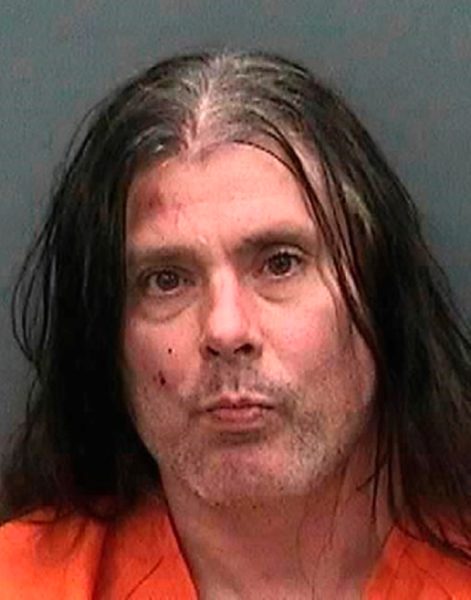 It was just an ordinary day for most but Cannibal Corpse guitarist, Pat O’Brien seemed to be experiencing a chain of events that was,  a little out of the ordinary, to say the least.

The guitarist for Cannibal Corpse was arrested for breaking into a Northdale, Florida, home and then running at a deputy with a knife. 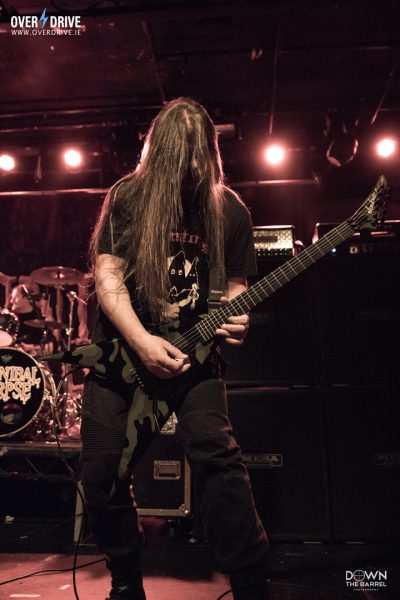 He seemed “just like a regular neighbour,” one person who lives on O’Brien’s street told 10 News WTSP (see video below). “Get out of the car, go right into the house. That’s about it.”

Less than half a mile from where he was arrested, a fire broke out at O’Brien’s home, sending flames billowing into the night sky from the roof.

The exact cause of the blaze is unknown, but ammunition and “military-style flamethrowers” reportedly exploded inside the home during the fire.

“[It was] very scary,” another neighbour told ABC Action News. “I was thinking ‘my house, it’s going to go if [the firefighters] don’t hurry up and get here,’ but they saved our house and we don’t have any damage or anything.”

“Everybody kind of stays to themselves,” the first neighbour said. “Nobody really bothers anybody. Most of the people abide by [the proverb] ‘good fences make good neighbours.’ I mean, it’s just crazy something like that happened so close to home.”

According to the Hillsborough County arrest log, O’Brien was booked into the Hillsborough County Jail on Monday night after he entered a house near the Northdale Golf and Country just before 7:00 p.m. and ignored orders from the two people inside the home to leave. O’Brien didn’t know anyone at the house and didn’t have permission to be there an arrest report states.

A sheriff’s office supervisor says O’Brien shoved a woman to the ground and then went into the backyard.

Deputies responding to the burglary found O’Brien hiding behind a fence near the house. They say O’Brien “ran towards” one of the deputies “with a knife in his right hand.” Deputies then shot O’Brien with a Taser and arrested him.

The owner of the home where O’Brien was arrested wouldn’t go on camera but told ABC Action News he thought the guitarist was hallucinating when he spoke to him about the “rapture” and claimed, “someone was after him.” The homeowner added O’Brien seemed scared and at one point even hid in his closet.

At a first appearance hearing Tuesday morning, a Hillsborough County judge told the 53-year-old musician, clad in an anti-suicide vest with his hands and ankles chained together, that he must first pass a drug test before he will be allowed to post $50,000 bail and leave jail.

CANNIBAL CORPSE announced Monday that it would be part of the next North American leg of SLAYER’s farewell tour. Watch this space. 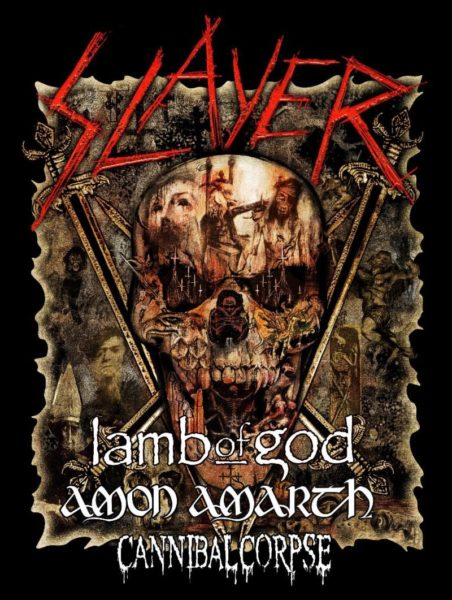