…And You Will Know Us By The Trail Of Dead CONFIRM IRISH DATE IN JULY.


Texas natives …And You Will Know Us By The Trail of Dead have confirmed their return to Ireland with a headline show in Dublin’s Button Factory in July. Details below; 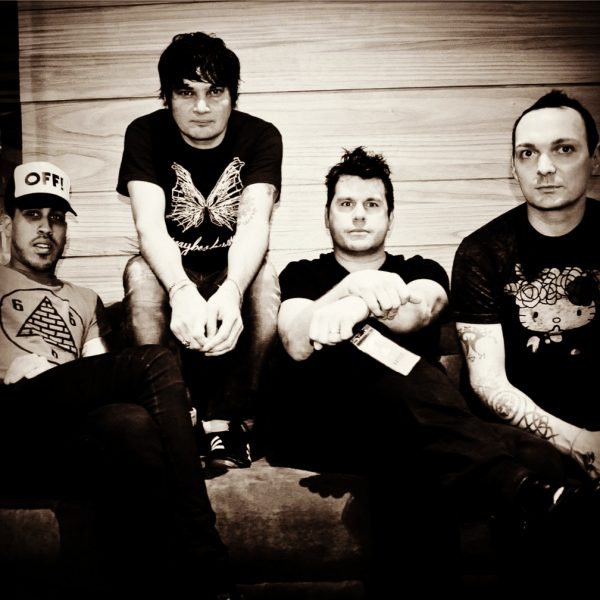 Formed in late 1994 by singers/guitarists/drummers Conrad Keely and Jason Reece, Trail of Dead has evolved over the years expanding their line-up while still being creatively driven by the core founding members.

Friends since childhood, Keely and Reece started playing music in the indie rock town of Olympia, WA and eventually relocated to Austin, TX where they started …And You Will Know Us by the Trail of Dead.

Their first release was a self-titled album that came out on Trance Records in 1998 and was succeeded by Madonna in 1999 on Merge Records. …Trail of Dead toured the US with Superchunk shortly after and in 2002 they released Source Tags and Codes on Interscope Records.

Over the next four years, the band released two additional albums on Interscope Records – World’s Apart and So Divided before parting ways with the label in the fall of 2007. In the Spring of 2008, …And You Will Know Us by the Trail of Dead launched their Richter Scale Imprint and thanks to a partnership in the US with Justice Records and in Europe with Superball Music, their sixth studio album The Century of Self was released in February 2009.

In the Spring of 2010, the band entered a worldwide deal with Superball Music and their Richter Scale Records Imprint and they released TAO OF THE DEAD in February 2011 and in the summer of 2012 the band headed over to Hannover, Germany to record their eighth full-length studio album Lost Songs.

In October 2012 Trail of Dead released their eighth full-length studio album Lost Songs on Richter Scale/Superball Music. Enter 2014 and the band started 20 years ago by two childhood friends is set to release their ninth full-length studio album IX on Richter Scale/Superball Music. Currently, Jason and Autry are based in Austin, TX, Conrad is based in Cambodia and Jamie lives in LA.

…And You Will Know Us By The Trail Of Dead will perform a headline show at Dublin’s Button Factory, 12th July with tickets on sale from Friday, May 18th priced at €20 (inc booking fee).