WILL TOOL BE PLAYING NEW MUSIC ON THEIR FORTHCOMING EUROPEAN DATES? FUCK KNOWS!!


Will they, won’t they? The arrival of the new TOOL album is about as straight forward as Brexit, and that’s saying a lot!

With the internet on the edge of their seats, TOOL seems to be taking it all in their stride and at times, benefiting from the rabid need for the next album, with their false release dates, vague statements, links to crickets sounds on Twitter etc..

Yeah, yeah very fucking funny guys! So, the big question is, will they be playing new tunes on their scheduled run of dates this Summer and when the absolute fuck is this album coming out?

Maynard James Keenan has done a lot since Tool last released an album (that’d be 2006). He wrote a book but unfortunately didn’t author one on the art of trolling and memes, which are some of his many creative strengths. In a new meme posted on Twitter, Keenan revealed there’s potential for fans to hear new songs on their upcoming tour dates.

The members of Tool don’t readily commit to statements, instead, leaving all possibilities hanging in the balance. Such is the case with the meme seen below, where Keenan ponders, “Feelin cute. Might play some new material on this upcoming tour. idk [I don’t know].”

The photo below shows the rest of the group reacting favourably to this notion, suggesting that we may get to hear a new song by May 5th when Tool’s tour kicks off. 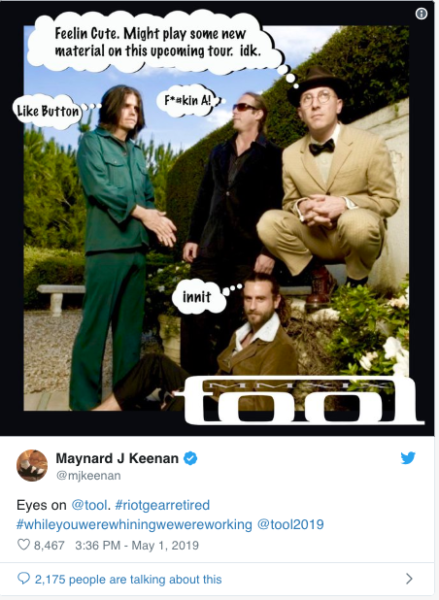 So basically, we don’t know what the fuck is going on… 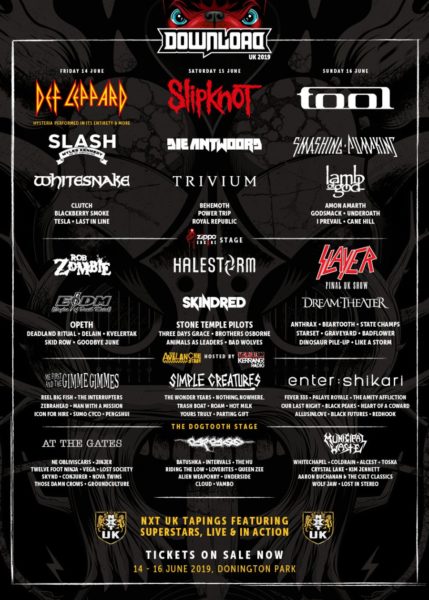