WILSON have unveiled their video for ‘Dumptruck (Live),’ the first track from their upcoming Thank You, Goodnight. Live! album, set for release via all DSPs on 29th January via NovelGoot. 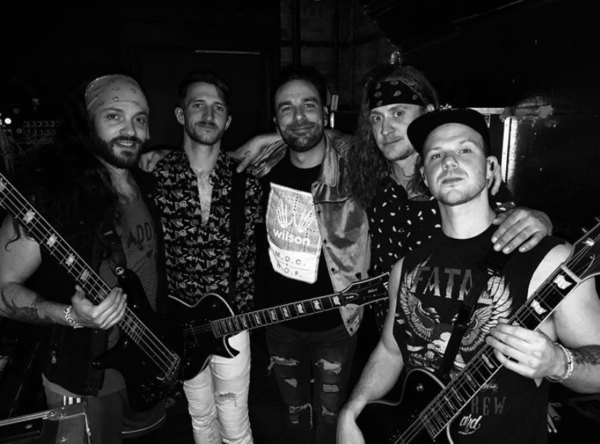 Recorded at WILSON’s final show on December 28, 2019, at The Crofoot Ballroom in Pontiac, MI, Thank You, Goodnight. Live! captures the performance in all its glory and gives a taste to all those fans who could not attend.

The energy, the attitude, the “fuckery,” and even the heartbreak are all visceral in this collection of 10 songs from that night’s set.

The video for ‘Dumptruck (Live)’ is a montage that’s celebratory in its reminiscence. It contains footage from WILSON’s last show, previously unreleased lifestyle footage shot by the band and crew over the years, fan footage, in-studio footage from the Right To Rise and Tasty Nasty sessions, and cuts from other shows throughout the years.

Lead singer Chad Nicefield enthuses, “This video bumps. This video fucks. This video is a montage paying homage to the moments when shit dumped like a dump truck. FUCKERY FOREVER!”

The album is available for pre-order now at via this link. Check out the video below…