Avenged Sevenfold will make their return back to Northern Ireland on June 6th for an exclusive pre-Download Festival performance in Belfast’s SSE Arena. Overdrive are giving away one pair of passes to the show! What are you waiting for? 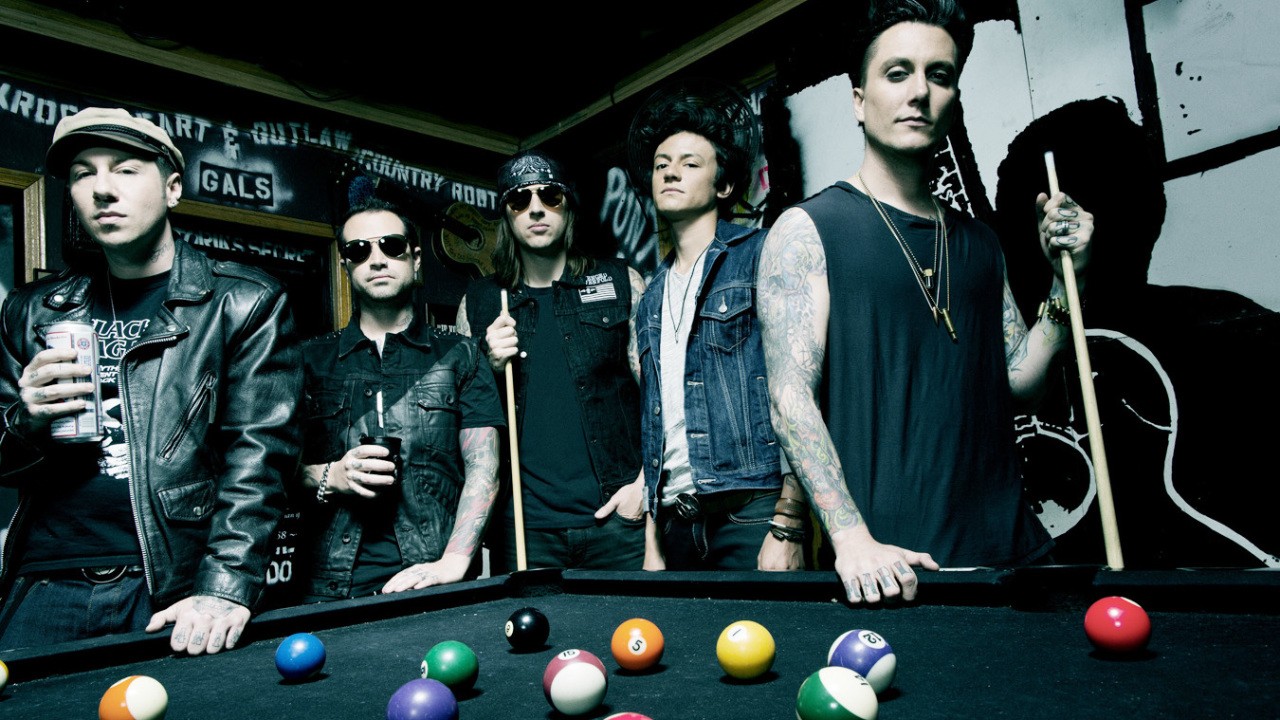 When talking about Avenged Sevenfold impressive statistics always get a mention. These include a string of best-selling albums, among them two consecutive No. 1’s on Billboard’s Top 200 Albums Chart along with Diamond, Platinum and Gold awards for album sales in nearly a dozen countries and a series of No. 1 radio singles.

But Avenged Sevenfold is a group whose career can’t be summed up by simple number-crunching. More than fifteen years after the release of their debut album, Avenged Sevenfold has become a band whose sound and vision has broken through obstacles of language, distance and culture.

The Guardian recently described the group as the one metal band of their generation with genuine stadium-filling ability on both sides of the Atlantic. They’ve definitely proved themselves to be a monolithic concert draw, routinely selling out arenas worldwide & headlining some of the biggest and most prestigious music festivals around the globe including Download, Soundwave (Australia), Summer Sonic (Japan), Graspop (Belgium) and Rock on the Range (USA).

Their newest album is THE STAGE, which Guitar World called “the most surprising and ambitious album of their career.” Clocking in at 73 electrifying minutes, THE STAGE hit No. 1 onBillboard’s Alternative, Rock and Hard Rock Album Charts and No. 1 on iTunes in 13 countries. 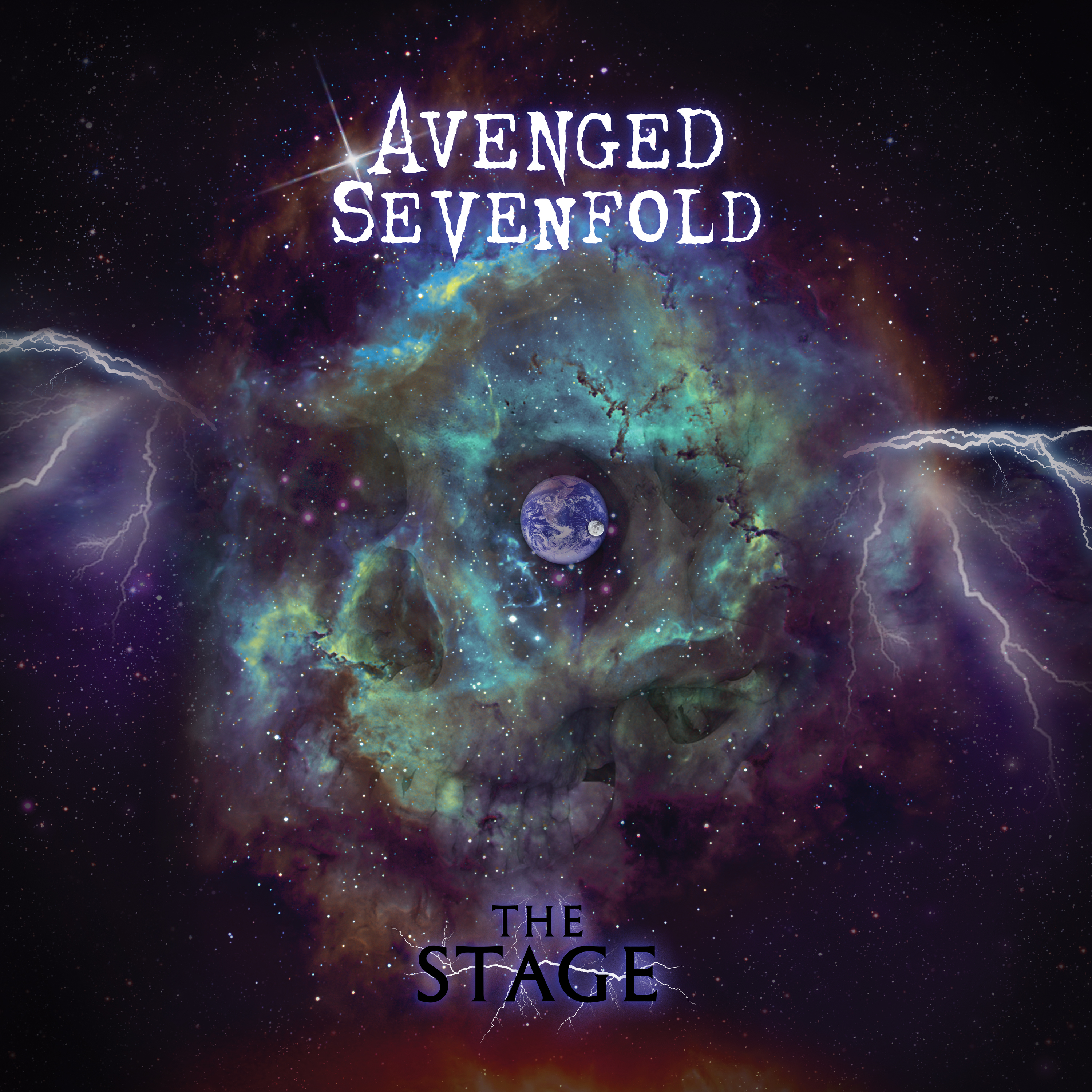 Co-produced by the band and Joe Barresi (Queens of the Stone Age, Tool), the critically acclaimed album is a work of immense scope and ambition, featuring 11 panoramic tracks tied together by an Artificial Intelligence theme. Inspired by the writings of Carl Sagan and Elon Musk, the album is the band’s first thematic release.

Do not miss Avenged Sevenfold LIVE at the SSE Arena, Belfast this June – tickets on-sale THIS Friday at 9 am:

Book On Line at this location.

For your chance to win one pair of passes for Avenged Sevenfold in Belfast on June 6th, simply click on the graphic below and follow the simple instructions. 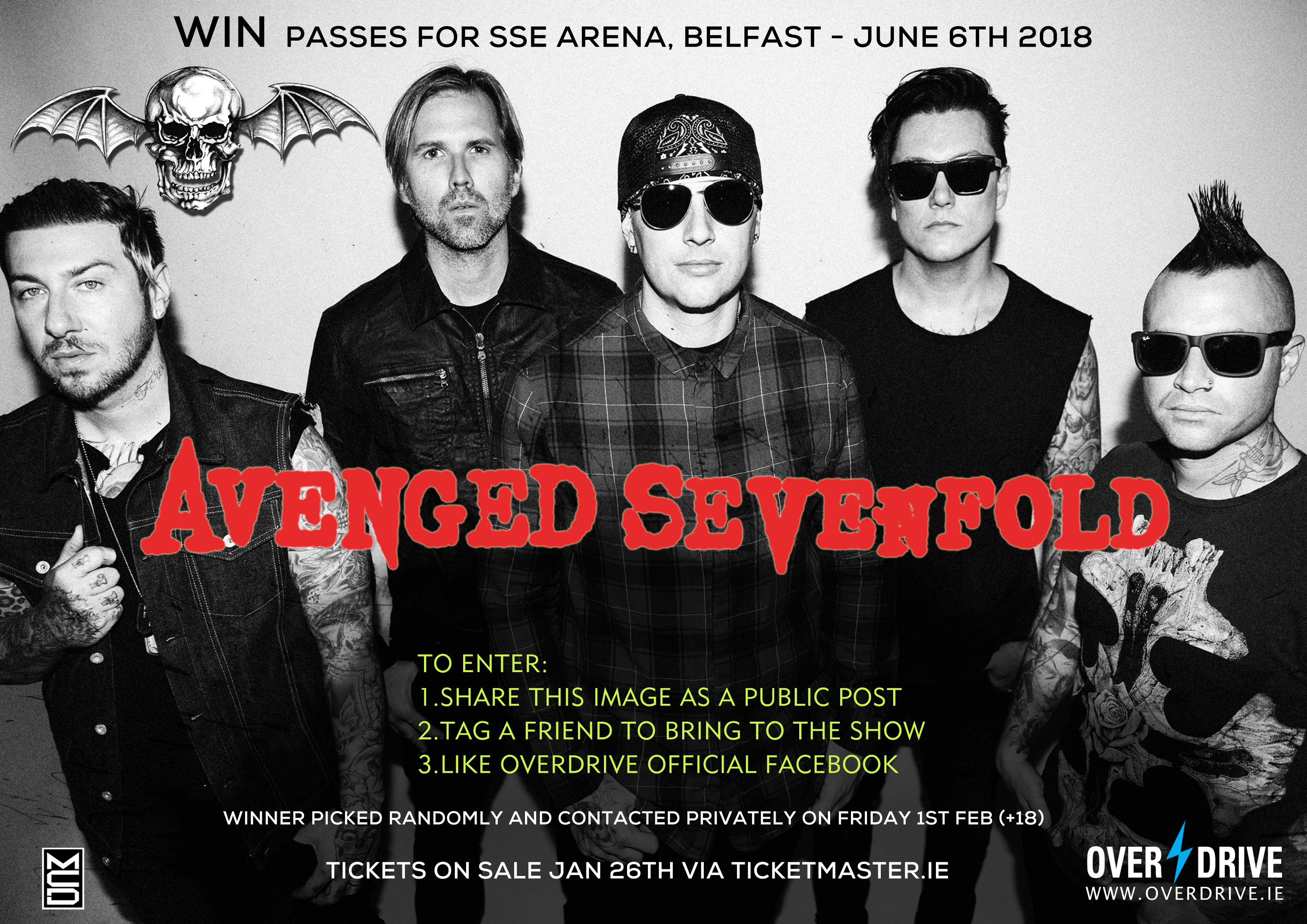