WIN: AGAINST THE CURRENT TICKETS FOR DUBLIN ACADEMY IN SEPTEMBER!


Following the release of their new album “In Our Bones” on Friday 20th May, AGAINST THE CURRENT announced their highly anticipated return to Dublin. OVERDRIVE are giving away a pair of tickets to one lucky punter and all you have to do is follow the simple instructions below…. 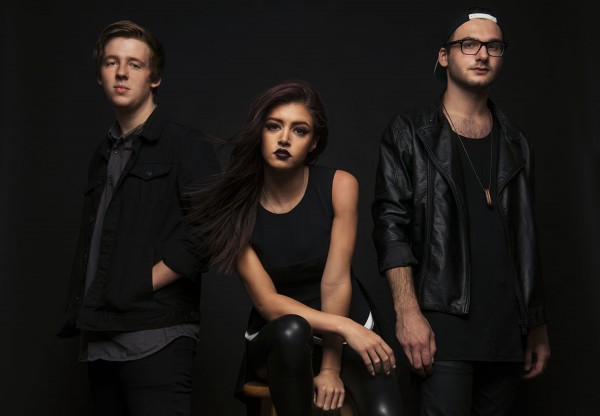 The band will be taking to the stage in Ireland’s capital city in The Academy, on Tuesday 27th September. Tickets will go on sale from Friday June 3rd at 10am from Ticketmaster outlets nationwide and Sound Cellar.

In the past few years, Against The Current has evolved from an upstart band to an unstoppable, hard-working trio ready to take over the world with their debut album of intelligent pop songs. The band, formed by Chrissy Costanza, Dan Gow and Will Ferri in 2011 in Poughkeepsie, NY. 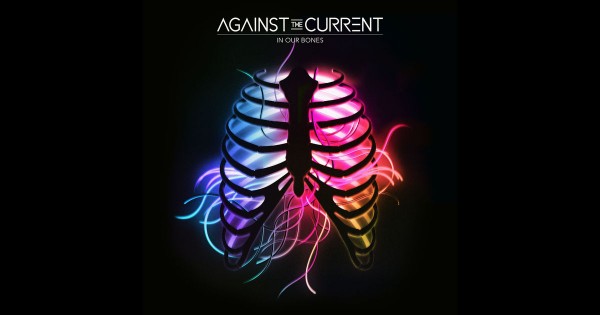 The band has grown to fearless pop punk trio they are today with the help of their new release In Our Bones which is the follow up to Gravity. Front woman Chrissy explains to Upset magazine; “Every song is different, every song has it’s own story and stands alone,” she continues. “The album itself is very true to us. It was definitely hard to cut it down but by the end it was clear that yeah, this is the right track listing.”

Overdrive are giving away a pair of tickets for the bands only Irish dates and all you have to do to enter is the following:

Against The Current Live at The Academy, 27th September. Tickets €18 (inc booking fee), go on sale Friday June 3rd at 10am. Over 14s show / Over 18’s will have access to bar on balcony. Please check MCD for further details. 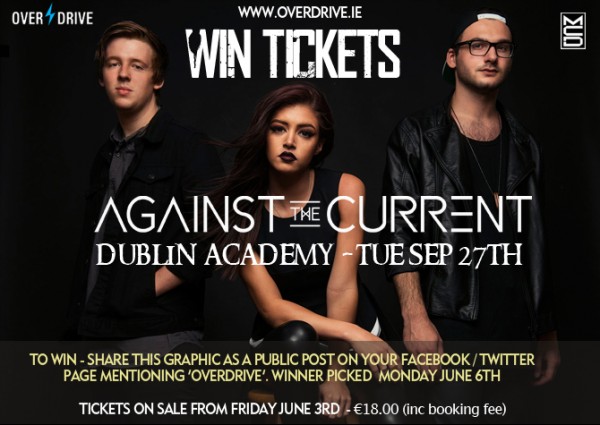