German Thrash lords DESTRUCTION are due to rupture the foundations of Dublin’s Voodoo Lounge on October 11th and you have a chance to WIN a pair of tickets courtesy of DME Promotions! Find out how to below! 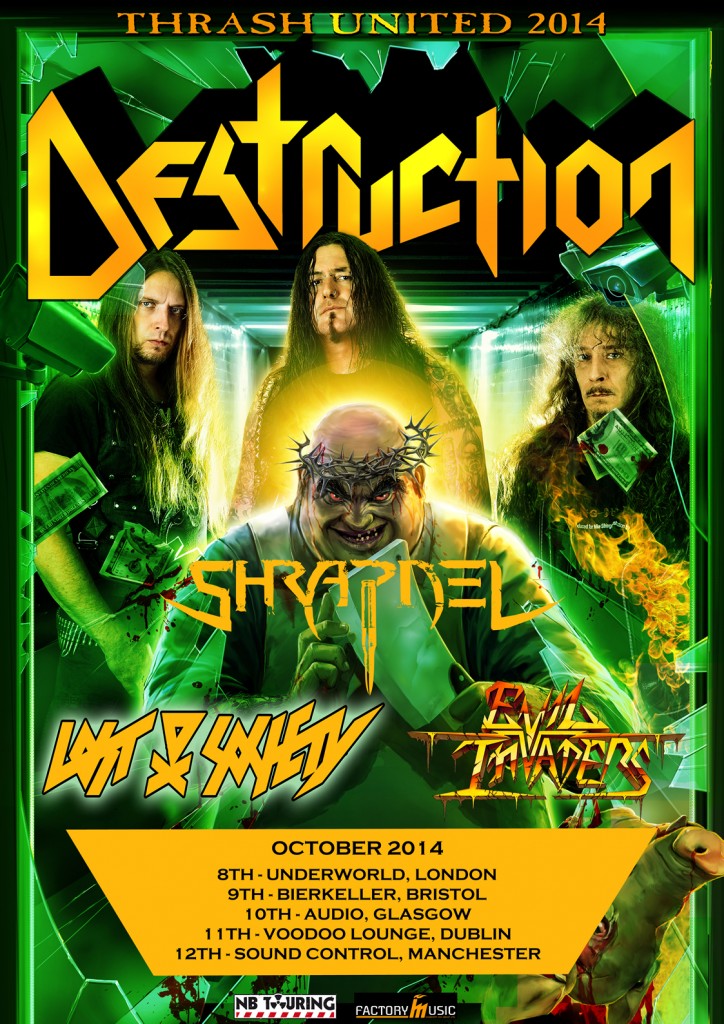 Legendary German Thrashers DESTRUCTION will embark on the UK and Ireland with their ‘Thrash United’ tour in just 2 weeks time. Joining in the trio en route are two of the most promising acts of the current thrash / speed metal scene: Finnish label mates LOST SOCIETY and Belgium newcomers EVIL INVADERS

DESTRUCTION frontman Schmier commented: “After several journeys around the world and great festival tours, we are finally back with a European headlining tour! And we’re looking forward to presenting a “Best of 30 years” without any curfew, we could hardly play at any festival. With LOST SOCIETY & EVIL INVADERS we got two aspiring and sensational opening acts with us to heat up the audience very night! This generation clash will serve you the finest and most excessive Thrash & Speed attack yet to seen! I hope you are still very HUNGRY!!!!”

It was recently announced that Schmier’s*** latest project THE GERMAN PANZER have signed to Nuclear Blast. The teutonic heavy metal trio consists of three yet undisputed genre legends including Schmier on bass & vocals, guitarist Herman Frank (ACCEPT, VICTORY) as well as drummer Stefan Schwarzmann (ACCEPT, ex-RUNNING WILD). The first THE GERMAN PANZER onslaught entitled ‘Send Them All To Hell’ will roll down onto the unholy European soil on December 1st 2014.

For your chance to win a pair of tickets to the exclusive Dublin show in The Voodoo Lounge, all you have to to is click on the link below LIKE & SHARE and invite your friends to like our Overdrive page. 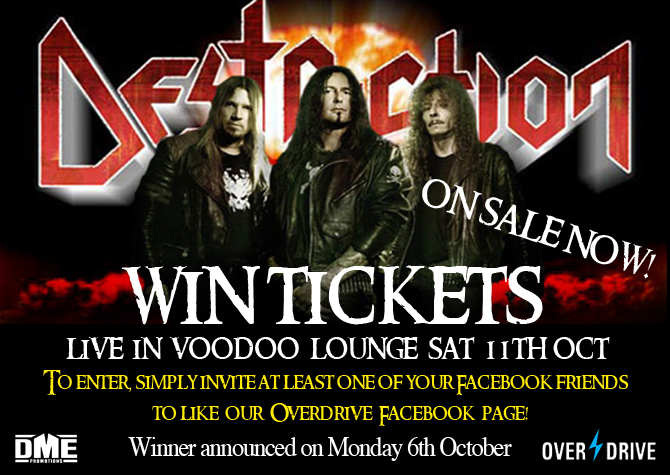