When one of the biggest heavy metal bands on the planet confirms a show in your local arena, there should be no questions about attending. The mighty IRON MAIDEN will be bringing ‘The Book of Souls’ spectacular live show to Dublin’s 3Arena on May 6th, 2017 and tickets go on sale this Friday! Overdrive will be giving away a pair of tickets to one lucky fan and all you have to do is follow 3 simple steps below! 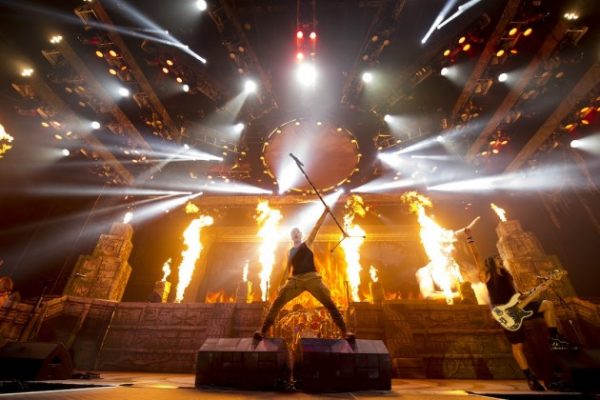 With the band’s latest album “The Book of Souls” topping charts in over 40 countries, there is no mistaking the power that Iron Maiden have under their collective hoods! For the first time in six years, the iconic British heavy metal six-piece will be returning to Ireland for one exclusive show in Dublin’s 3 Arena.

Tickets for Iron Maiden in Dublin’s 3 Arena will go on sale this Friday, September 30th with prices from €74.50 (inc booking fee & €1 restoration levy) and will be available from Ticketmaster outlets nationwide and also Sound Cellar in Dublin’s Nassau Street.

For your chance to win a pair of tickets on Friday morning, simply follow the instructions below; 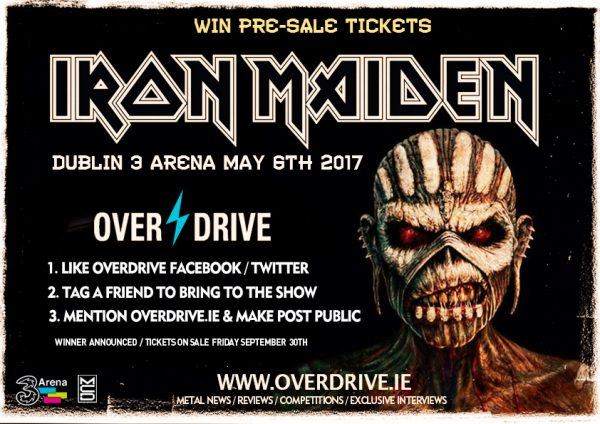 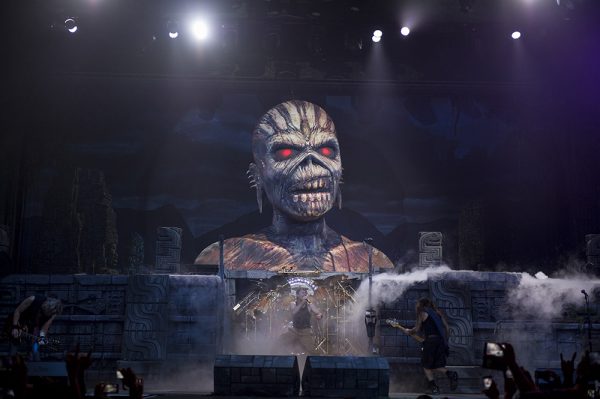