In celebration of the new album, the band—who have been called “country-rock’s most ferocious live band” by Rolling Stone—will tour throughout 2018, including a headline show at Dublin’s iconic National Stadium on the 7th of November. 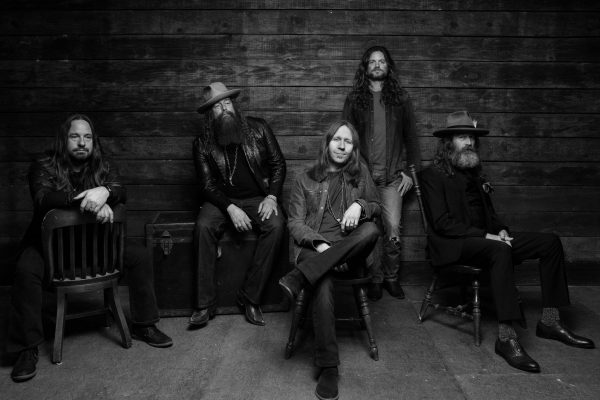 Blackberry Smoke’s highly anticipated new album, Find A Light will be released April 6 on Earache Records and is now available for pre-order. Already receiving widespread attention, the album’s lead track, “Flesh And Bone,” was recently released and can be heard in full below;

The release of Find A Light culminates a series of breakthrough years for the Atlanta-based band following the release of 2016’s acclaimed album, Like An Arrow, which peaked in the UK Official Charts at Number 8.

Released to widespread praise, the Boston Globe declared, “…the needle can be dropped on Like an Arrow until it’s grooves become as well-worn as the classic albums that inspired this band of country-rock workhorses,” while American Songwriter asserted, “…Blackberry Smoke fills the bill for the next generation of gutsy, heartfelt and honest Southeast rocking with plenty of talent, tons of drive and no apologies.”

In August 2017, they made their debut on CBS’ “The Late Show with Stephen Colbert.”

In addition to their work as musicians, Blackberry Smoke remains committed to charitable work and has raised nearly $200,000 benefiting children’s cancer research. 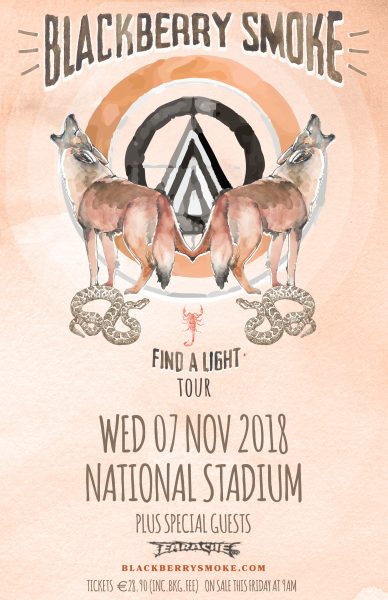 Win a pair of passes to Blackberry Smoke in Ireland’s National Stadium for their biggest headline show to date! All you have to do is share this post on your social timeline as a PUBLIC post and make sure to tag the friend that you wish to bring to the show. 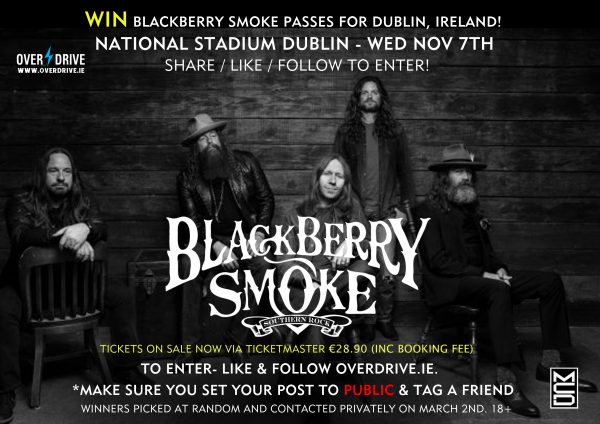 Overdrive will choose a winner on Friday, March 2nd and contact them privately. All entries must be 18+.