The mighty Alter Bridge will take to the stage in Ireland’s 3Arena for their biggest headline show to date. 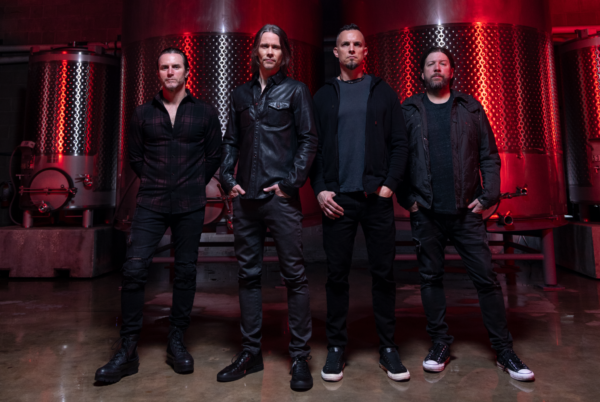 Featuring special guests, Halestorm and Mammoth, the Orlando, Florida Hard Rockers are currently putting the final touches to their seventh studio album and will be hitting the road this December

Tickets for Alter Bridge with special guests, Halestorm, and Mammoth WVH will go on sale from Friday, 29th April at 10 am, priced at €48 [inc booking fee] via Ticketmaster.

The ‘Pawns & Kings’ tour will hit 25 cities over 18 countries, kicking off on November 1st in Hamburg, Germany, and wrapping up on December 12th in London, England.

Bursting with riffs, Alter Bridge are currently hard at work recording their seventh studio album, the follow-up to the highly acclaimed, 2019-released ‘Walk The Sky’, which brought the group the #1 spot on over a dozen charts around the globe.

The band have been sharing behind-the-scenes photos from the studio on their social media to whet fan’s appetites! With the as-yet-untitled album expected to be released later this year, those snapping up tickets for these dates will be the first in the world to hear the new songs live.

Joining them as special guests are Grammy-winning rockers HALESTORM. The esteemed  Pennsylvanian powerhouse will release their blistering new album ‘Back From The Dead’ on May 6th, which includes their latest single, ‘The Steeple’. Renowned as a spell-binding live music force, Halestorm’s set is sure to be an unmissable treat. 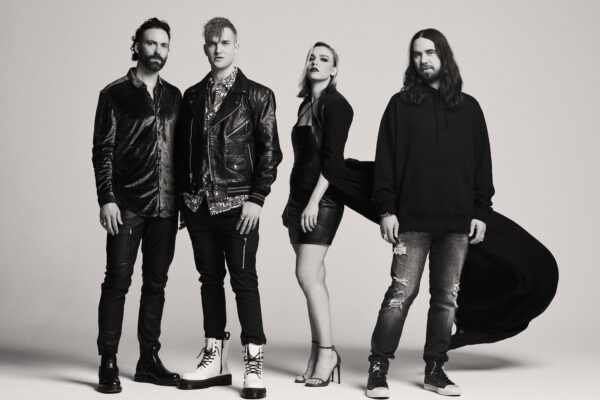 Getting the party started each night are none other than MAMMOTH WVH, [Eddie Van Halen’s son, Wolfgang Van Halen’s band] visiting some countries for the first time in support of their much-lauded, self-titled debut record.

Scooping a ‘Best Rock Song’ Grammy nomination this year for single ‘Distance’ and currently polishing those chops on the road with Guns N Roses, make sure you get in early to catch their set!

Alter Bridge’s inimitable Myles Kennedy states, “Alter Bridge is returning to the EU/UK this winter with our friends from Halestorm and Mammoth. It’s going to be a delicious sonic smorgasbord of Earth-shaking Rock & Roll that goes to 11. Don’t miss it!”

Halestorm dynamo Lzzy Hale comments, “To all our European Freaks, we’ve missed you, and are so happy to announce that we are finally crossing the ocean to come and see you all again! This time around we are sharing the stage with all our friends in the legendary Alter Bridge and the one, the only Mammoth WVH! You do not want to miss this show! I can’t wait to experience the passion of you, the Euro Rock fans!!! See you front and centre!”

For your chance to win passes to the show, simply do the following:

We’ll be picking for winners with the first on Thursday, 28th April, then Friday 29th, Thursday, 5th May and Friday 6th.

All entries MUST be 18+. All winners will be chosen at random and contacted privately via DM. 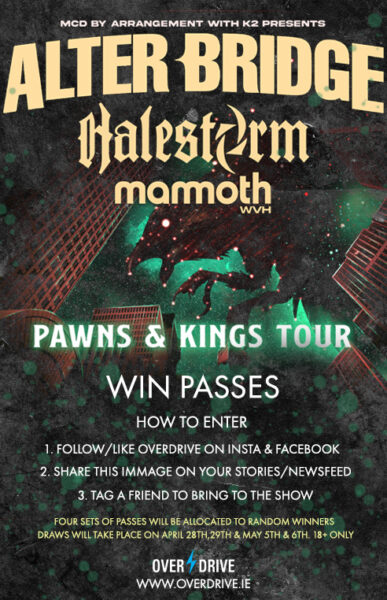