With the announcement of GHOST’s debut headline show in Ireland on November 20th, Overdrive has rustled up another awesome competition, not only for tickets to the show in 3Arena but also a guest list for the after-show in Dublin’s Fibber Magees venue. 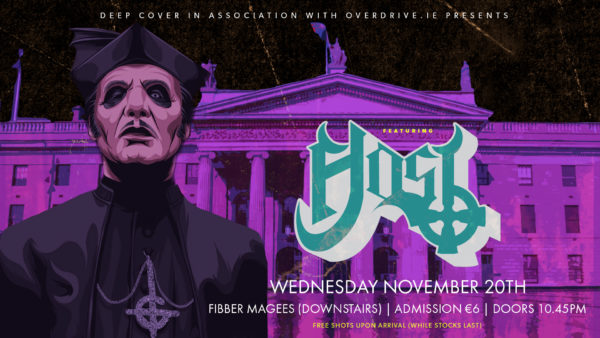 In case you’ve been living under a rock, Swedish occult superstars GHOST have finally announced a headline show on Irish soil as part of their November run of dates which is part of “The Ultimate Tour Named Death” campaign.

Having spent the duration of the Summer opening for Metallica on their ‘Worldwired‘ Tour, GHOST will embark on a series of select Arena dates across the UK and Europe.

The band will take to the stage in Ireland’s 3Arena on Wednesday, 20th November with special guests All Them Witches and Tribulation for what will be their debut headline show in Ireland.

Tickets are on sale NOW via this link, priced from €55.50 (inc booking fee). See the full run of dates below. Contact MCD Productions for all the latest information.

In celebration of GHOST’s first headline show in Ireland, Deep Cover and Overdrive.ie are brining Ireland’s premium GHOST tribute act to one of the countries most iconic rock/metal clubs after the show in the Capital’s 3Arena. 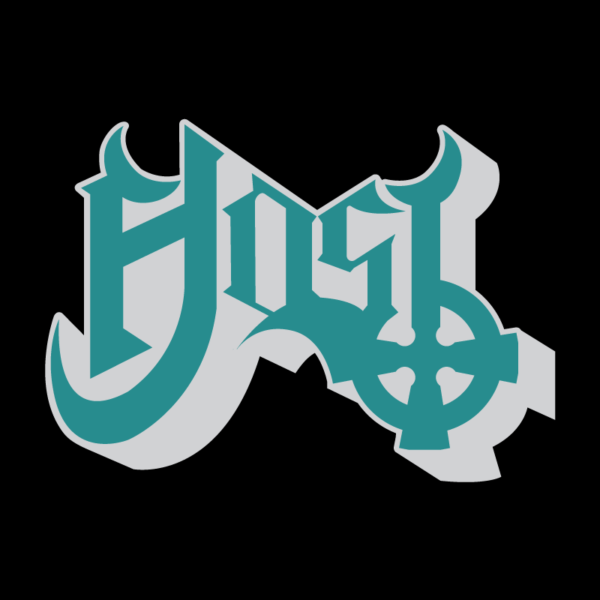 HOST have only performed a few times since their formation and are planning a very special exclusive performance for this historical occasion.

The HOST show will take place downstairs in Fibber Magees, Dublin after the show in the 3Arena with limited space so make sure you get down directly after the gig.

Doors are from 10.45pm and admission is €6 and comes with a FREE SHOT (while stocks last).

For your chance to WIN a pair of tickets to GHOST in the 3Arena as well as GUEST LIST for the exclusive HOST after-show simply do the following; 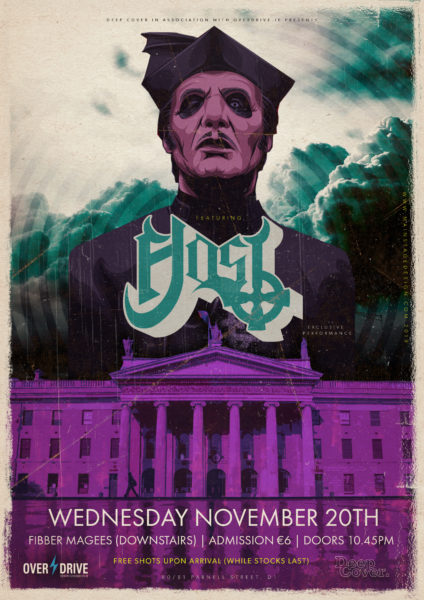