Northern Irish Rockers, The Answer will be performing at Whelan’s tomorrow night (Saturday, March 7th) with an onslaught of new material from the bands forthcoming new album “Raise A Little Hell”. Limited tickets remain and will be available on the door! Find out more! 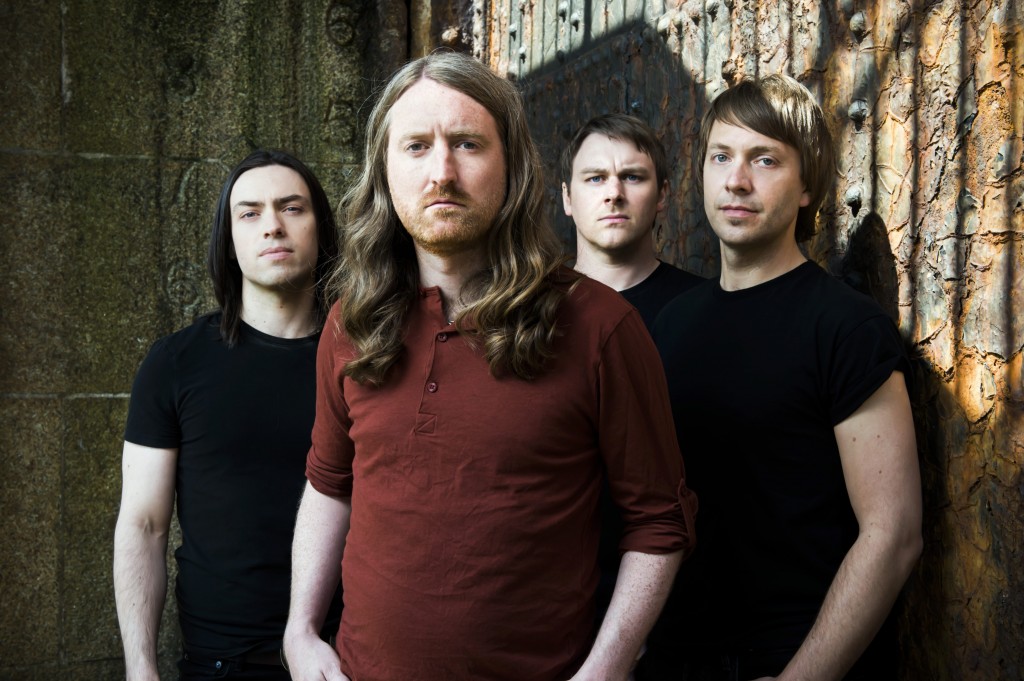 Having opened for AC/DC on their “Black Ice” tour and achieving recognition from not only the Irish music scene, but American and Europe also, The Answer are back with a new album that is jam packed with classic rock riffs and enough swagger and bollocks to be the sound track to an epic biker bar fight.

The guys recently announced that they had re-signed to Napalm Records who released their previous album “New Horizon” have been gearing up to drop “Raise A Little Hell”  (March 9th) before unleashing the new material  in Whelan’s tomorrow night.

Lead vocalist Cormac Neeson commented, “We’re delighted to be extending our relationship with the Napalm family and look forward to great times ahead! During summer 2014 we hightailed ourselves down to Madrid to record our new album with long time friend and producer, Will Maya. Our time in Spain represents one of the most productive and enjoyable chapters in The Answer’s colourful history. 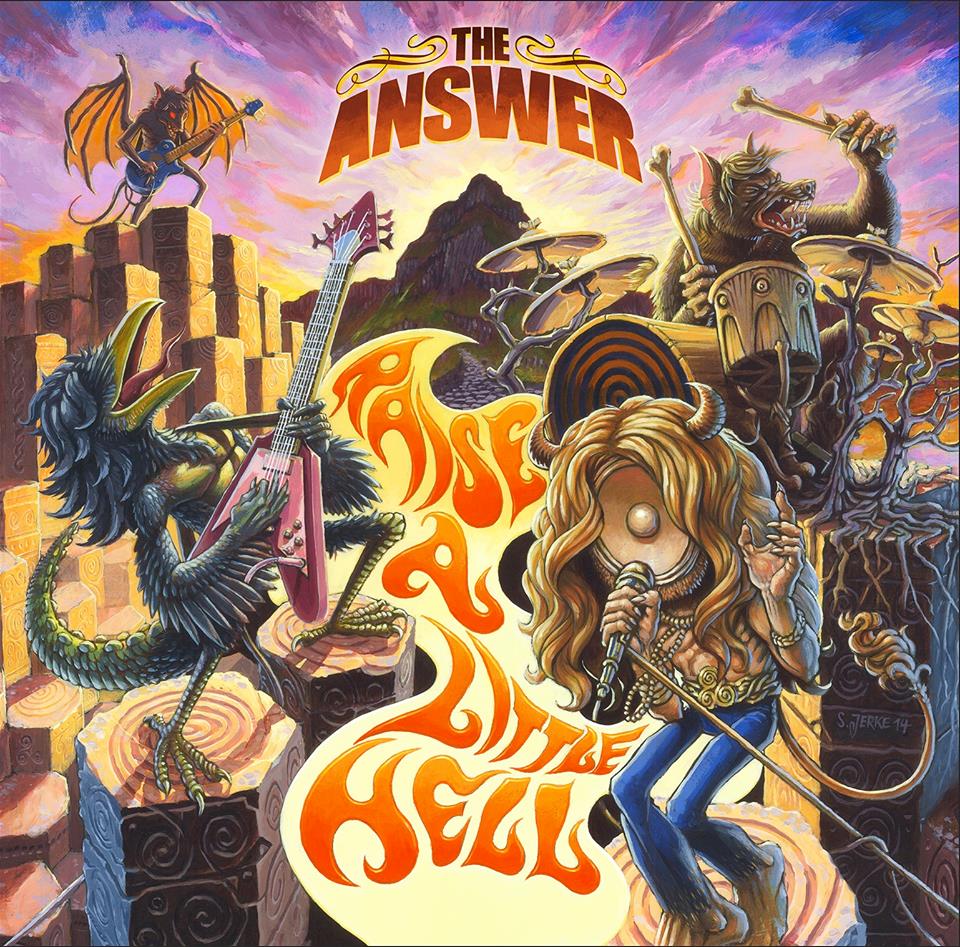 Our new album ‘Raise A Little Hell’ comes from deep down inside. We brought the blues, the swagger and soul back into the studio and emerged from it with an album that encapsulates our unabated love for making the music we make. We’re all incredibly proud and thrilled with this record!”

Keeping the beacon of rock music well and truly alight, THE ANSWER have consistently delivered commercial and critically acclaimed albums. They have toured the world extensively, proving themselves to be an incendiary live act – spending almost two years as main support to AC/DC and playing to over 2 million people, performing festivals across the globe and also supporting the likes of The Rolling Stones, Whitesnake and Wolfmother as well as countless headline tours.

For your chance to win tickets to see THE ANSWER, blast the roof off Whelan’s tomorrow night. Just click on the link below and share, like, tag and comment on your facebook page. We will pick a winner tomorrow at 1pm, so make sure that your available to attend the show. 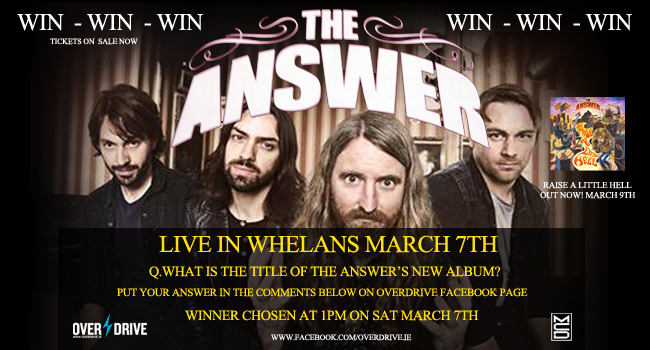 FOR MORE INFORMATION CHECK OUT MCD FOR DETAILS.