Overdrive likes to keep you up to date with all the latest new music that comes our way and it just so happens that we have been listening to ARCANE ROOTS as of late and they pack a serious punch! The UK three piece will be taking to the Academy 2 stage on Tuesday 21st of April (next Tuesday) for their very first Irish performance and Overdrive are giving away a pair of tickets to one lucky bastard! 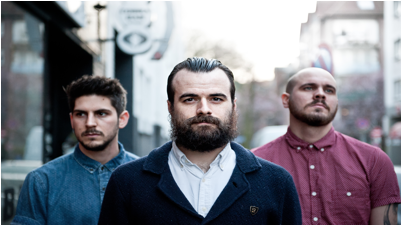 ARCANE ROOTS are a three-piece alternative rock band from Kingston Upon Thames. Founded by guitarist & vocalist Andrew Groves and drummer Daryl Atkins, the band are known for their energetic and passionate live shows and incorporating progressive music, math rock and indie rock into a popular song format. Their debut mini-album Left Fire was released in February 2011 and received strong reviews from both the press and their peers alike. The band completed their first UK headline tour in June 2011 and ended the summer with slots at Sonisphere and Heavy Festival. Arcane Roots were asked to cover “Smells Like Teen Spirit” by Nirvana for Kerrang! Magazine’s Nevermind Forever Cover CD. They were the only unsigned band that took part in this. Arcane Roots completed work on their first full-length debut album “Blood & Chemistry” in January 2013 and it was then released in May of that year.

The band has made a number of appearances in the festival circuit including their debut appearance at Download Festival in 2013. They have been support for a number of international artists such as Muse, The Used and Biffy Clyro. They recently performed at the Takedown Festival and are set to play a number of festivals this summer including Live at Leeds and 2000 Trees. 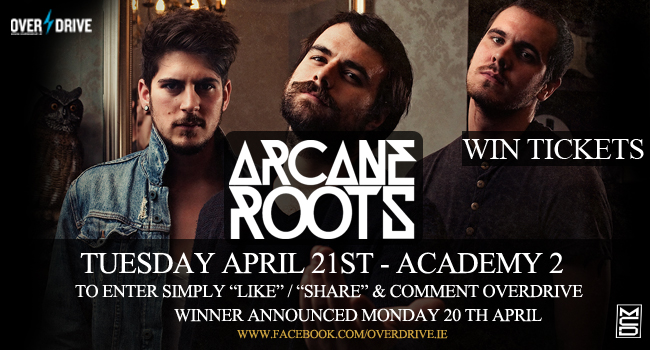 ARCANE ROOTS will play their first headline show in Ireland on Tuesday April 21st at the Academy 2. Tickets, €12 incl. booking fee, are on sale now via Ticketmaster.

*This is a strictly over 18s show – ID required

For more information on ARCANE ROOTS hit this link!