Having just released his latest album Phantom Radio, Mark Lanegan, returns to Ireland for his biggest headlining show’s to date. Overdrive is giving away a pair of tickets to see the gravel voiced former Screaming Trees frontman on Sunday January 18th in Dublin’s Academy. 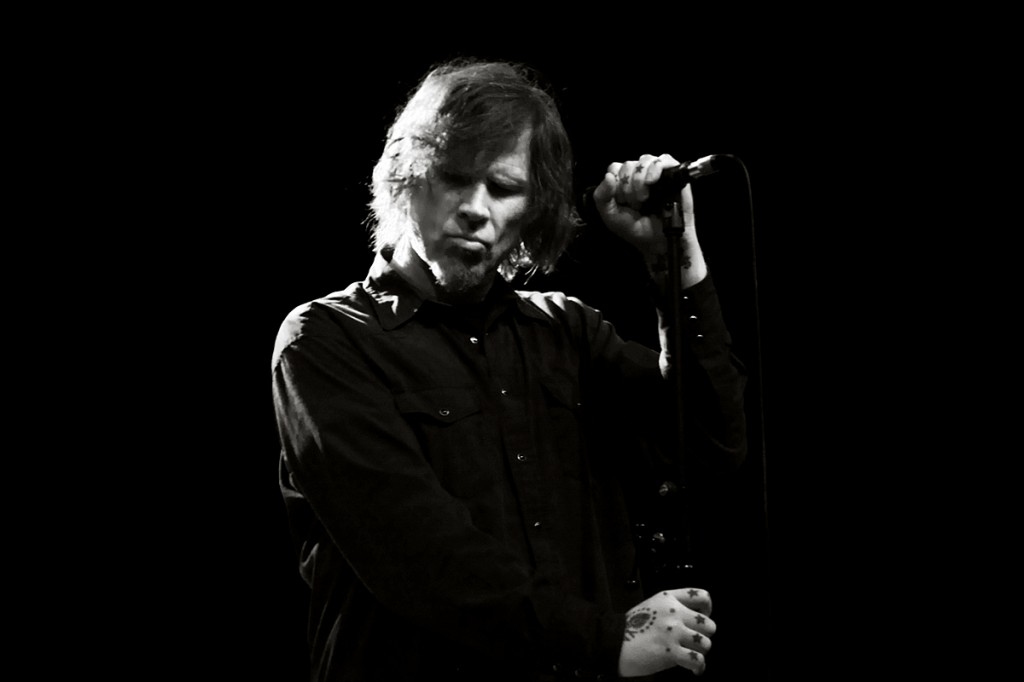 You may know him from his time as front man for the legendary Seattle outfit Screaming Trees, his involvement with Alice In Chains frontman Layne Staley on the outstanding Mad Season project, or perhaps his numerous collaborations with Queens Of The Stone Age. Mark Lanegan is somewhat of an legend when it comes to the “Seattle Sound’ that spawned the likes of Nirvana, Pearl Jam and Soundgarden.

His new album Phantom Radio has the classic trade make, whiskey drenched vocals that Lanegan is know for, as well as a collection of carefully constructed desert style stoner compositions that will please any fan of his previous work.

Phantom Radio is the ninth studio album under his own name, but combine it with the collaborative albums he’s made, be it with Isobel Campbell, or Duke Garwood, or as 50 per cent of the Gutter Twins (his ongoing partnership with Greg Dulli), or his legendary first band the Screaming Trees, then the total is nearer 20!

Then there’s his guest spots with Queens Of The Stone Age, and, before then, Mad Season, the mid-‘90s Seattle supergroup that featured members of Alice In Chains, Pearl Jam and Screaming Trees. And that’s before we count his many occasional or one-off collaborations, as the singer on records by the varied likes of UNKLE, Martina-Topley Bird, Moby, Soulsavers, Melissa Auf der Maur and Creature With The Atom Brain. In total, Mark Lanegan has made close to 50 records.

There is no doubt that Mark Lanegan is one of those rare guys that just lives and dies by his music and to see him live is not just a gig but a truly unforgettable experience.

Tickets for Saturday 17th January are now sold out but a limited amount remain for Sunday 18th and Overdrive is also offering you a chance to win VIP tickets for the Sunday night’s performance. All you have to do is click on the graphic below and invite your friends to like the Overdrive Facebook Page! It’s that easy!! 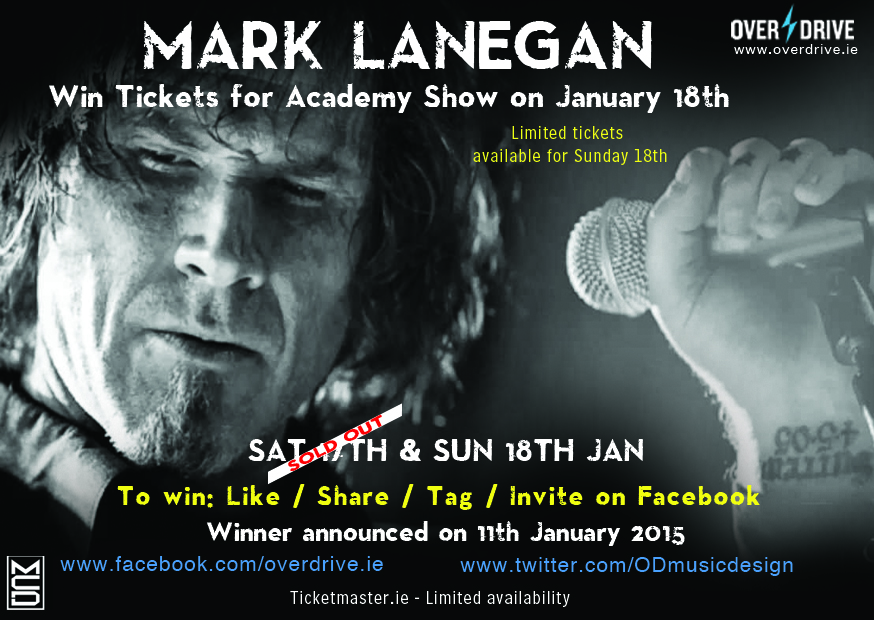 For more information on this show and many others, please check out MCD. For tickets, head over to Ticketmaster.