After laying waste to the 3 Arena here in Dublin back in January of 2015, the multi-platinum, Grammy-Award-winning, masked beast that is SLIPKNOT will play The SSE Arena, Belfast on 15th February and Overdrive are giving away a pair of tickets! Find out how to enter below! 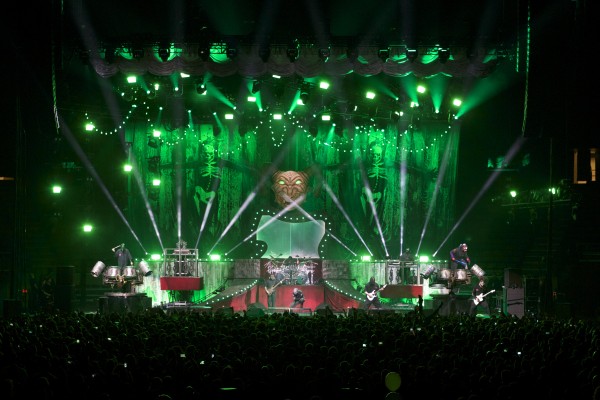 After their triumphant return headlining this year’s Download Festival at Donington Park, the metal icons return to these shores with their visually arresting, chaotic and spectacular shows. Never disappointing to see live, Slipknot bring total war to the stage and this time, Belfast are getting the spectacular live show that was witnessed by millions of ‘maggots’ across the globe.

SLIPKNOT frontman Corey Taylor comments: “Any time we get the chance to come over to the UK, it’s awesome. Hopefully the fans have as much fun as we do. We’ll be putting together a great set for them, and as we fill out the bill with bands, we hope the excitement gets even bigger.”

Following the bands multi platinum selling album “.5: The Gray Chapter” smashing the high end of the global recording selling charts, the Iowa nine piece finally make their return back to Ireland for round two! Overdrive are giving away a pair of tickets to one lucky fan for the show on February 15th in Belfast’s SSE Arena and to sweeten the deal, Californian skate-thrash legends, Suicidal Tendencies will joining the tour, to ensure that hell most certainly breaks loose!

To enter the competition, simply follow the instructions below: 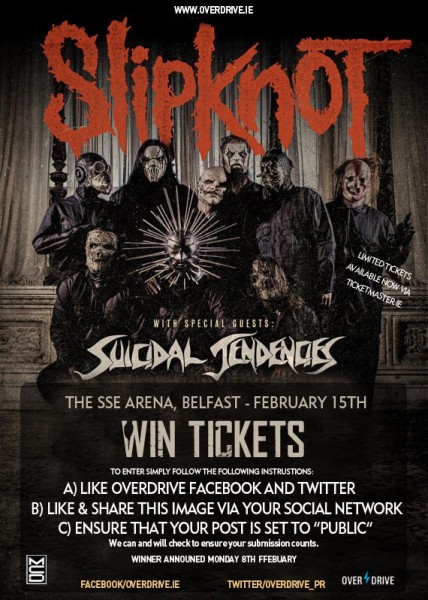