On September 23rd, BMG will release ‘IN NOMINE SATANAS’ 6 CD box set, and you could very well win your very copy by entering our competition below… 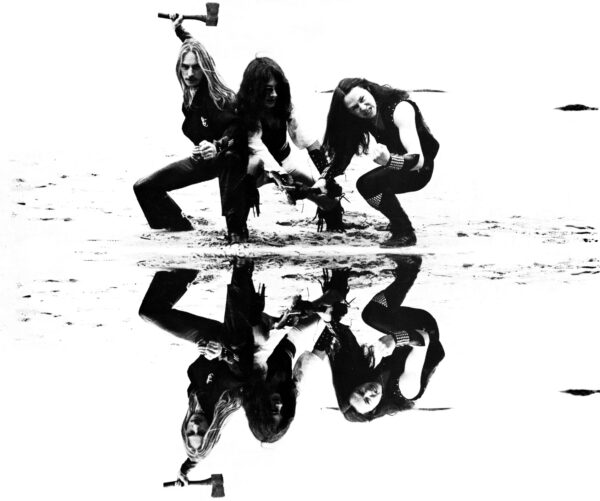 The Godfathers of Black Metal will be celebrated with a sensational six-CD box set that is brimming with the filthiest of riffs.

Having formed in 1979, Venom came to prominence towards the end of the new wave of British heavy metal, thanks to their first two albums—‘Welcome to Hell’ (1981) and ‘Black Metal’ (1982)—which are both considered as a major influence on Thrash Metal and Extreme Metal in general.

Venom’s second album, now celebrating its 40th anniversary, proved influential enough that its title was used as the name of the extreme metal subgenre of black metal.

Often cited by bands such as Metallica, Behemoth, Celtic Frost, and Mayhem as major influences, they are one of the most revered bands of their generation. Venom are still fronted by original singer/bassist Cronos and headline festivals all over the globe and continue to release new music.

Previously released as a deluxe vinyl box set back in 2019, ‘In Nomine Satanas’ is now available for pre-order as a 6CD + DVD CD set, released via BMG on September 23rd.

Featuring Venom’s original Neat Records recordings from their 1981 debut ‘Welcome To Hell’ to ‘Eine Kleine Nachtmusik‘, the live recording of their mythical appearance at the Hammersmith Odeon in 1985, all of the albums are remastered from the original tapes and the set also includes the ‘Sons Of Satan‘ collection that features a treasure trove of unreleased demos from the band’s vaults, including some of the earliest known Venom performances.

For your chance to win a copy, all you have to do is:

We will pick a random winner on Friday, September 23rd, and will contact them privately. 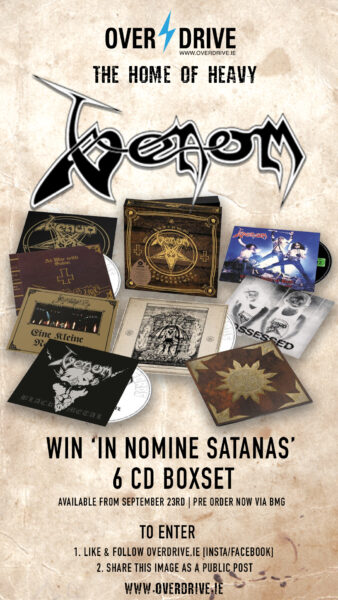