WIN TICKETS FOR CORROSION OF CONFORMITY THIS WEEKEND!


North Carolina’s CORROSION OF CONFORMITY will hit Ireland for 2 shows this month (April) as part of their recent reformation with front-man Pepper Keenan and the classic ‘Deliverance’ era lineup. They will play Dublin’s Button Factory on April 30th and Limelight 1 in Belfast the following night. For your chance to win tickets, check out our competition below! 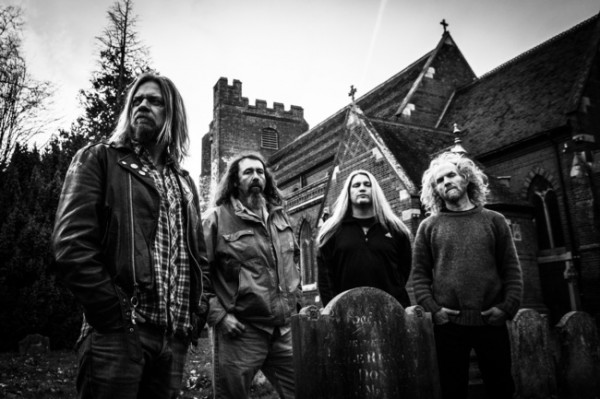 Following last years outstanding show’s in Ireland, Corrosion of Conformity are coming back! The bands return will see the classic  Deliverance lineup of Pepper, Woody, Mike and Reed.

Corrosion of Conformity emerged from hibernation as a trio and released 2012’s eponymous album and 2014’s “IX” to wide acclaim and have since been busy recording a new album which is due to be released via Nuclear Blast in the near future! 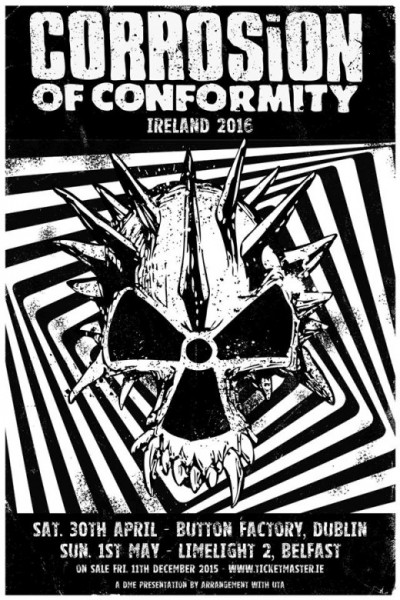 The band were originally an influential hardcore punk/heavy metal crossover act before reaching critical success with a new lineup on 1991’s Blind album.  That trajectory continued with wider appeal as Keenan took over as primary vocalist on Deliverance (1994) and Wiseblood (1996).

These two recordings in particular fused the raw energy of the previous albums with some great strides forward in classic rock inspired songwriting and more spacious production and execution, which were often copied but rarely equaled.

This juggernaut gained mass and momentum with relentless touring alongside Metallica, Megadeth, Clutch, Eyehategod and many more.

Eventually, following In the Arms of God, 2005, Keenan focused all energy on his hometown band Down. 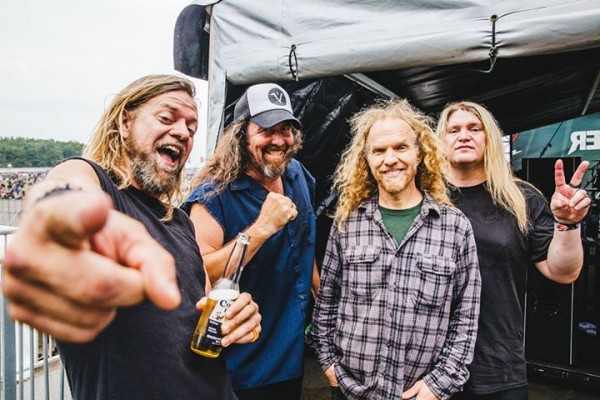 Doors 7pm with the mighty Electric Taurus hitting the stage at 7.30pm – 8.15pm. Corrosion of Conformity due on stage at 8.45pm – 10.15pm. For more information just click on the Facebook event page here.

For your chance to win tickets to see Corrosion Of Conformity, simply click on the link below and follow the simple instructions: 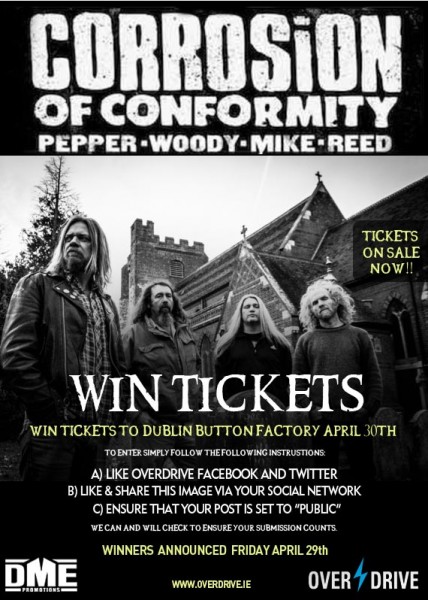