Manchester’s Black Metal champions Winterfylleth will be bringing their ‘The Hallowing Of Heirdom’ album to the live stage with special guests Wolcensmen and Mark Deeks. Get full details below; 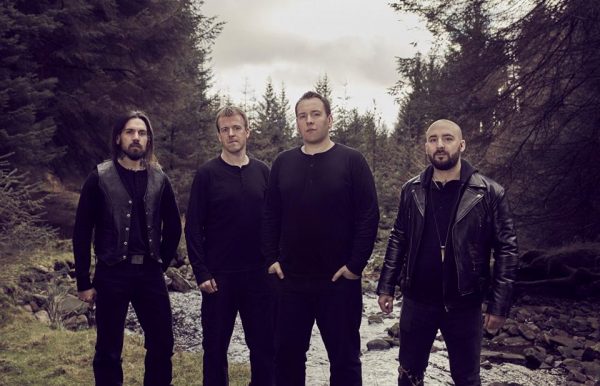 Having formed in 2007 Winterfylleth have been crushing the UK underground metal scene with their relentless, brutal live shows and a critically acclaimed discography that has earned them a highly coveted level of respect from both fellow musicians, music fans and media the world over.

The new album, titled The Hallowing of Heirdom, is the sixth studio effort from the UK black metallers and will be an entirely acoustic affair. The album was recorded and mixed by Chris Fielding at Skyhammer Studio, and mastered by Markus Stock at Klangschmiede Studio E and speaking about the LP, guitarist/vocalist Chris Naughton says, “the premise of the album being solely acoustic this time around really gave us the chance to explore our ability as songwriters in a very different way than we are used to. Throughout the writing process we found out that we could conjure the same mental imagery, emotions and feelings in the music as we always have done, but without the need for distorted guitars and harsh vocals.”

Tickets for Winterfylleth ‘The Hallowing Of Heirdom’ Acoustic Tour 2018 upstairs in the Tivoli theatre will be on sale from Ticketmaster/Sound Cellar, priced at €20 (including booking fee). 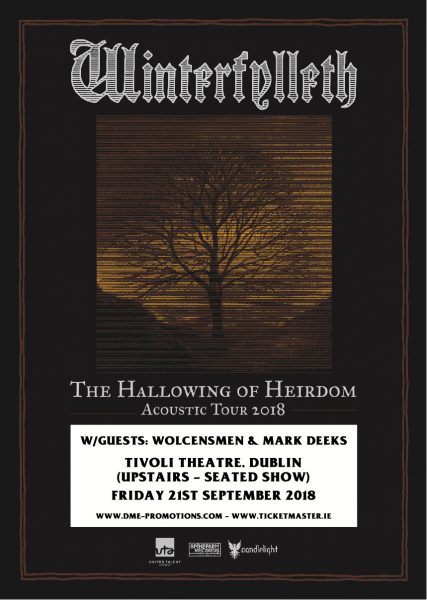