WITHIN TEMPTATION are delighted to reveal plans for their Autumn/Winter 2018 UK & European headline tour. Intended to kick off the band’s next album campaign, the tour will take them to 33 cities in 18 countries. More details of the new album will be announced at a later date. 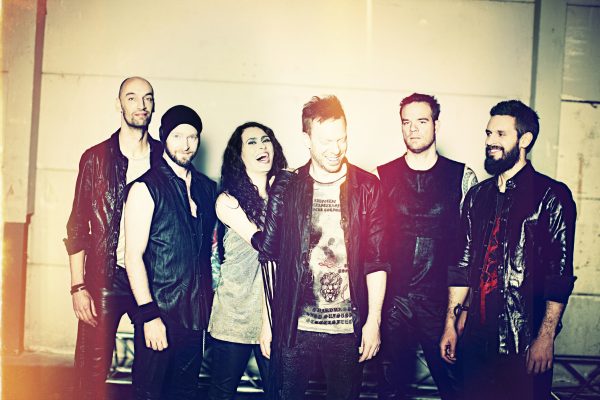 This run of dates ends the longest break the band has ever taken from touring. Lead singer Sharon den Adel explains, “When our last tour finished, I was having a rough time. I realised I needed to take some time out with my family to deal with things and to rediscover myself. It took much longer than expected, but 2 years on, things have changed for the better. I created my solo album (“My Indigo”) which helped me deal with my issues. And afterwards, I suddenly found myself with an aching hunger again for more heavy, epic music.

Then the music started to come by itself. I knew for sure that our seventh album was coming after all. So here we are… presenting our seventh tour and luckily it’s not going to take so long anymore because we are all more than impatient to get out there again!”

An exclusive pre-sale for tickets starts NOW on WITHIN TEMPTATION’s website. Fans can access the presale by joining the band’s complimentary new fan club, with other cool perks to come! General ticket sales start on November 24th.

Full dates are as follows:

Check the  UK dates listed below: 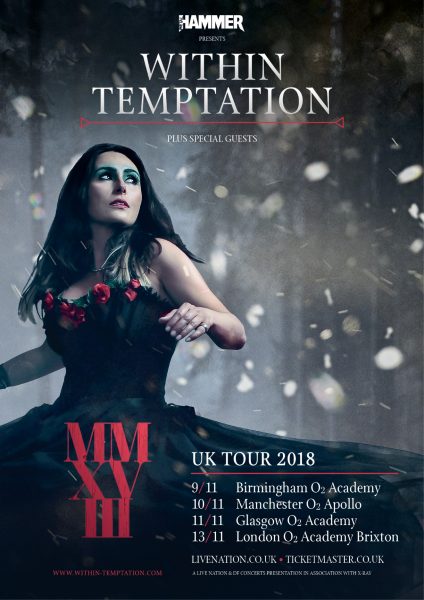