Empire Music is a group of UK promoters, label representatives, booking agents & band managers, who collectively work together to bring out the best for all of their roster. They work with Unearthed Music to bring you the absolute best live events around the UK and EU.

A spokesperson from Empire Music commented on the signing:

“Empire Music is pleased to welcome Words That Burn to the roster for UK/Europe bookings. I feel that we are gonna make a great future ahead of each other’s partnership and we can’t wait to show what we are working on together behind the scenes”. 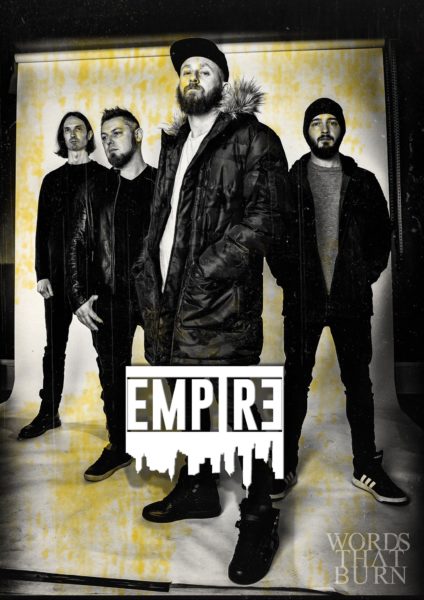 One of the top singles of Summer 2019 had to be “Riptide“, [taken from the bands sophomore album] has is now edging towards 70K streams and showcases the bands’ ability to slamdunk gripping riffs, with an alternative, post-metalcore sound loaded with anthemic choruses that were built for much bigger stages.

Overdrive spoke with Words That Burn vocalist Roni on the bands latest plans and their signing to Empire Music;

OD – Now that Words That Burn are signed to Empire Music, does that mean our friends in the UK will be seeing a lot more of you?

RONI – That’s the plan. I think for your style of music, the UK has a lot to potentially offer us. We’ve dipped our toes in the water there before and it went really well.

So now that we’re working with Empire as our booking agent we hope to get our music out to a lot more people, which ultimately is what it’s all about.

OD – Can you let us know about any possible dates as of yet, or is it all still in the works?

RONI – Well, we did have a tour in April organised but that was cancelled due to this horrific pandemic that has stricken us all. However, we have just heard back that will have dates booked already for later this year; which we cant wait to share.

OD – Seeing as we’re all under lock-down, have you been working on some follow-up music since the release of PYRES and if so, can you tell us if the sound is the same or are you experimenting with things to shift the sound in another direction?

RONI – Time off is not necessarily time wasted.. so we’ve been all doing different things while in isolation. We’ve got a few things that we will be releasing soon. Some new stuff, some from the archives.

OD – Now that 2019 is behind us, was there any particular albums that you were listening to more than others from last year?

RONI – My favourite album of 2019 was Whitechapel’s “The Valley“.. I can’t seem to put that record down, even know.

It’s rare that an album can such a stranglehold on me. I think the videos for “Hickory Creek” and “When a demon defiles a witch” cut me to my core and the album became somehow personal… I can’t explain it! Collectively, we’re all still blown away by Sleep Token’s “Sundowning“… What a roller coaster of a record!

OD – What’s the best you’ve been keeping occupied whilst being in isolation?

RONI – To be idle is a short road to death .. Just trying to keeping the minds and bodies busy. Recording demos, exercising… conversation! We’re all fortunate enough to be lock-down with our partners and families, but some people are isolated alone.

Social media has its many downsides but it’s one good element is that you are a click away from everyone. I’ve never had as many face-time or Skype calls; as I have in the last 10 days. It’s great! You don’t have to go through this alone. Use social media for what it was (at some long-forgotten point) originally intended….. Connection.

The bands latest single “Deathgrip” can be streamed below:

A very limited number of merch items for the ‘Riptide‘ single release can be purchased via the link below; 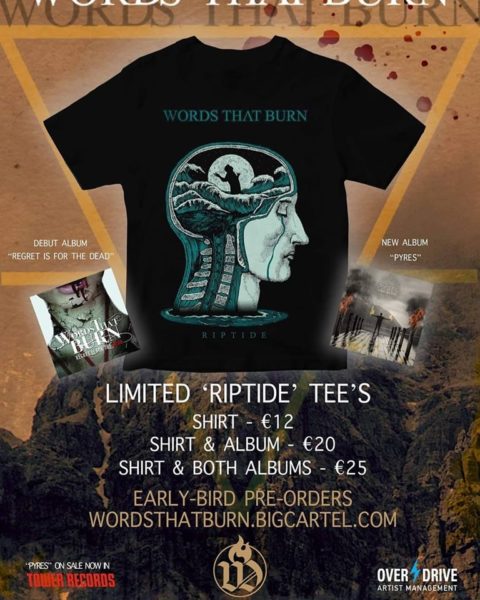