If you’ve not heard about The Enigma Division then you’re in for one hell of a treat. A mind-blowing showcase of virtuosic musicianship that promises to brighten up 2020 thanks to a debut that will no doubt be a contender for top albums of the year; based on what we’ve already heard.

For fans of music that is crafted with precision and technical ability, The Enigma Division is a breath of fresh air.

A heart-thumping hybrid of technical metal with 80’s inspired synth-wave and aural elements that are akin to that of epic film scores (think Blade Runner, meets Dune) that literally defines the term ‘progressive‘.

Based in Ireland, The Engima Division is the brainchild of one Conor McGouran (ex-Xerath) and Ronan Burns. 2020 will see the band release their debut album.

Check out the brand new single ‘The Neon Mirage‘ exclusively below:

Overdrive caught up with guitarist, Conor McGouran to find out more about the single, the album and their plans for the rest of the year. Get stuck in…

OD – Firstly, tell us about the concept behind The Enigma Division and how it came about?

CONOR – It started as the brainchild of myself and Ronan Burns who plays bass and is co-producing it with me. We both have quite a wide range of musical tastes and the idea was to create a sound that combined all of these influences and make it our own.

So, it’s a mixture all of the stuff we’d been listening to over the years but we had a strong vision that instead of shoehorning in things like our synth-wave or film score influences, we made sure to incorporate it into the overall sound of the band.

Ben Wanders was the next addition, as I didn’t even think of anyone else, to be honest. Ben and I had played together before in Xerath and I knew he would just help elevate this to another level. Which he did. Drumming wise and vocally. 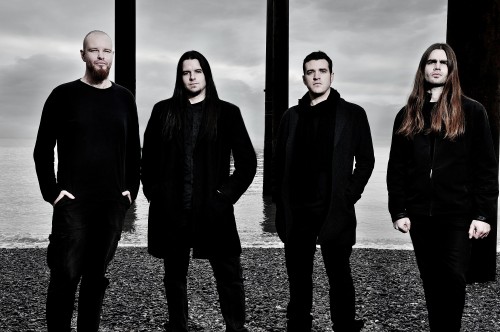 OD – What’s the meaning behind the name?

CONOR – We liked the idea of something that sounded like a military unit, or formation of like-minded people but would also suggest something mysterious.

OD – The album is due for later this year, can you give us a general breakdown of the overall sound and feel of the album?

CONOR – It’s difficult to pigeonhole really. It’s progressive in the true sense of the word, as in we’re trying to incorporate different elements together in a fresh way. So there’s plenty of expansive atmospheric textures with an emphasis on strong songs and arrangements.

It provides a range of emotions, with metal to me being the aggressive side, but what’s aggression without the opposite. I hope it gives some people some form of escapism.

OD – Are there any special guests on the album and if so, how did that come about?

I’m incredibly grateful for the line up we have on this album. The core band, being myself, Ronan and Ben but we’ve had a great relationship with William Alex Young from Defences who contributed lyrics and some great melodic concepts. We have three incredible guest solo’s from Sam Bell (UK Guitarist/Mask Of Judas, Dave Whyte (Riverdance)  and one of my favourite Irish guitarists growing up, Mal O’ Brien.

We were also very fortunate to get in touch with Derek Sherinian (Dream Theater/Planet X/Sons Of Apollo) and thankfully he really liked the music. It’s quite surreal having Derek Sherinian on the album. Ronan and I have been huge fans of Derek since his debut with Dream Theater on “A Change of Seasons” and through Planet X onwards. It’s a dream come true for us. 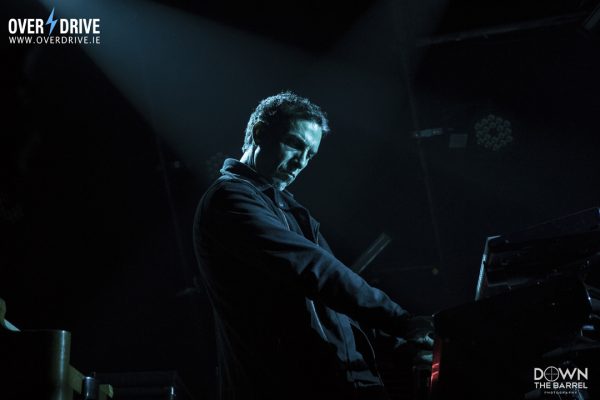 OD – Today we see the release of ‘The Neon Mirage’, can you tell us about the track and any ‘behind the scenes’ stories with the writing/recording of it?

CONOR – We wrote that in 2017 literally straight after watching Blade Runner 2049. So thematically that played a big role in its development. It’s also a song that I think shows a balance of what we’re about.

OD – The video is a fantastic visual journey that is as colourful as it is hypnotic, can you give a little insight into the concept of the video?

CONOR – Andy Pilkington from Very Metal Art knocked the brief right out of the park. We’re so pleased with how the video came out. I was more specific with Andy on the previous teaser video but we let him loose on this one with a brief that simply said ‘Must have Blade Runner vibes, James Cameron blue, Synthwave, Neon and Sci-Fi‘ hahaha. He nailed it. He’s absolutely amazing at what he does.

OD – Will there be more singles released prior to the album coming out and if so when can we expect to see/hear them?

CONOR – Absolutely. You’ll be hearing/seeing a lot of stuff from us before September.

OD – Are there any plans for live shows?

CONOR – We certainly aspire to gig it at some point once we figure out the logistics. I can’t play guitar and keys at the same time haha.

OD – If you could work with any musician, who would it be?

CONOR – Too many to mention. Doing a collaboration with Gunship or Brad Fiedel (The Terminator Composer) would be awesome. I’d also love to get Jens Johansson on something.

OD – What is your favourite track off the album?

CONOR – It’s far too difficult to answer as it changes all the time and they’re all their own self-contained thing. I’m enjoying ‘Afterglow’ currently.

The Enigma Division’s self-titled debut album will be released in September, stay tuned to Overdrive for all the latest information. For more information, you can follow the guys via this link.

Check out the previously released ‘1977’ album promo below:

5. Echoes In The Deep 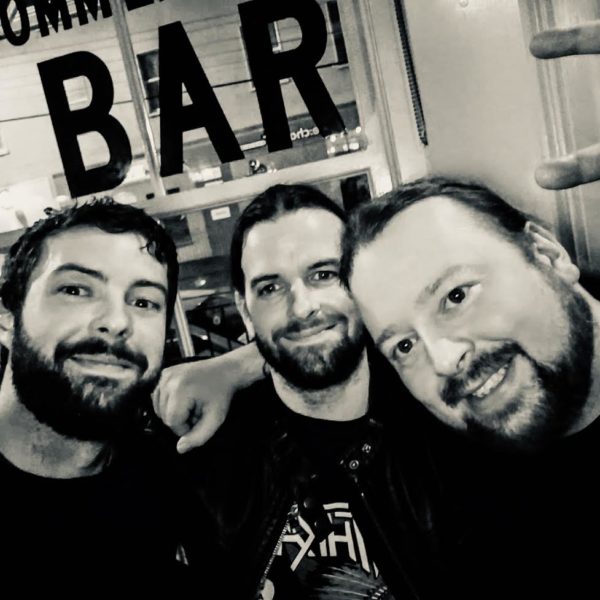