On the eve of a UK tour with rising berzerkers Baby Godzilla, Overdrive ventured down a very dark hole to check out the most exciting band to emerge from our little green island in what seems like forever. Are you ready for WOUNDS?

There is something so cathartic about WOUNDS live. They just bring everything they have and literally bleed it out on stage. This is a way of life for the band, as they truly wear their colours with pride and their emotions are translated into a gnarly, ugly, beautiful and damaged collection of soaring anthems that would get the most uptight of humans in the mood to drink some whiskey and fuck shit up!

This show is the only Irish date before the guys headed off to the UK with Baby Godzilla which, by now is done and dusted and from what I have heard from fellow industry cohorts, was a triumph of manic, destruction, blood, drinking and making of new friends. Lots of new friends! 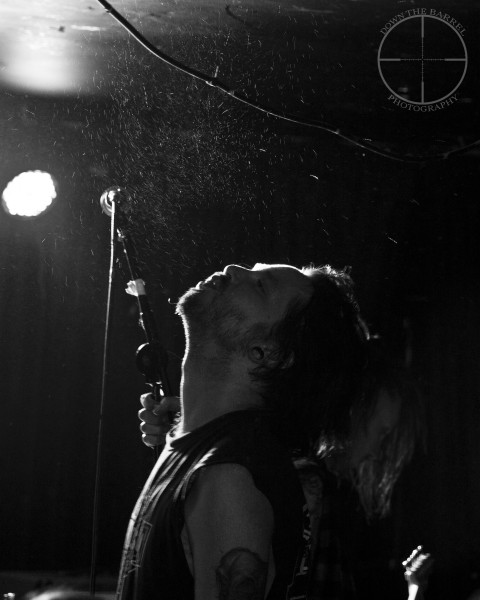 WOUNDS are not stopping for anybody and why the fuck should they? They have earned everything that they are experiencing and will continue to push forward and smash up stages not only in the UK but no doubt America will come calling very soon.

With a sizable crowd for a Wednesday night, the dungeon in Fibbers is splattered with the W logo that is now so infamous to anyone who has tasted WOUNDS. As soon as the guys take the stage, the adrenaline between band and audience begins to create that very special and mostly rare bond that is experienced only once in a blue moon.

Launching into “Trouble” see’s a frenzy of legs, arms and bodily odors released like a burst pinata. Up next is “The Pile” followed by the anthem that is “No Future”. Singer Aidan Coogan has the crowd in his hands and demands a sing back that almost drowns out the club P.A. 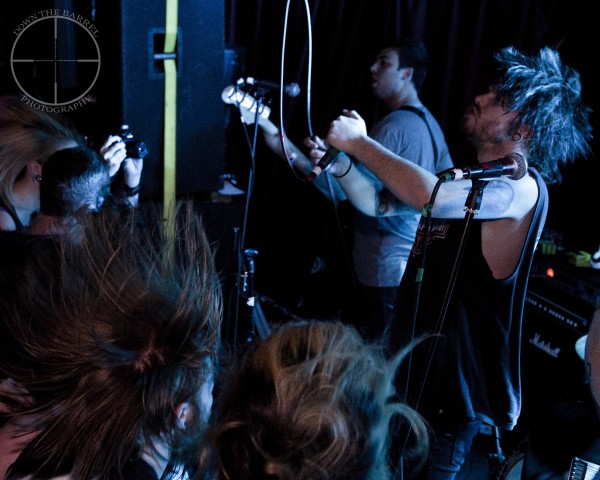 As a front man Aidan displays all the characteristics of a man that knows who his audience is and just exactly how to connect with them. Brother James Coogan stands to Aidan’s right and rips out the opening melody to a new song “Binge” which comes thundering in with the help of drummer Craig McCann and bassists Aaron McGrath who proceed to smash out this filthy, whiskey dripping belter with a trademark huge chorus. 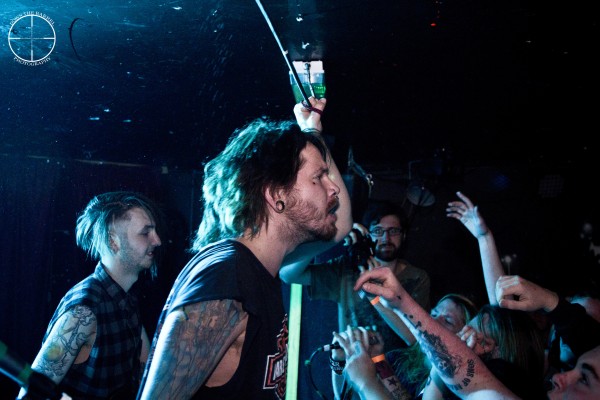 The mid song banter shows that the band are thrilled to be on this journey, with Aidan thanking everyone for the support and help, which is greeted with an appreciative roar from the still hungry audience.

This moment of peace is soon shattered with “Killing Spree” which comes out of the cage with the intensity of a meth induced wild mountain bear. Bodies float around the venue, knocking dust and cobwebs from the exposed pipes in the ceiling and photographers are forced to join the band on stage to prevent damaged equipment. 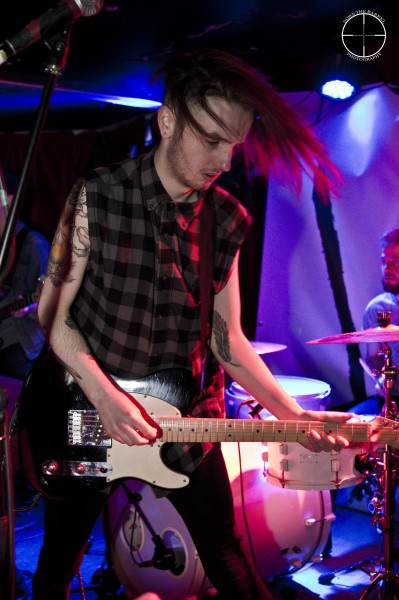 A calmer “Dead Road” re-sets the crowd and gives a small breather before the finale “Dead Dead Fucking Dead” which is just all out war. Aidan invites his new friends on stage and what happens next is just awesome. An old school stage invasion with the mic passed around and sung (quiet well actually) by the bands fans. All the while Aidan watches from the audience and enjoys a slug of beer and a shit eating grin. Awesome!! It’s hard to find the remaining members of the band on stage amongst all the sweaty kids, but the band make it to the end of the song and finish in true filthy punk rock style.

WOUNDS are just an incredible band live and on record. This is a band that you simply need to see live and get involved with. Big things are ahead for the guys and it is totally understandable when you witness the blood, sweat, tears, pain, pleasure and determination that is put into everything they do. Keep your eyes open for more dates hopefully in the new year and let’s all hope that a follow up to “Die Young” happens real soon.

WOUNDS  – “DIE YOUNG” is out now via In At The Deep End Records.

For more information on WOUNDS you can hit up the links below: 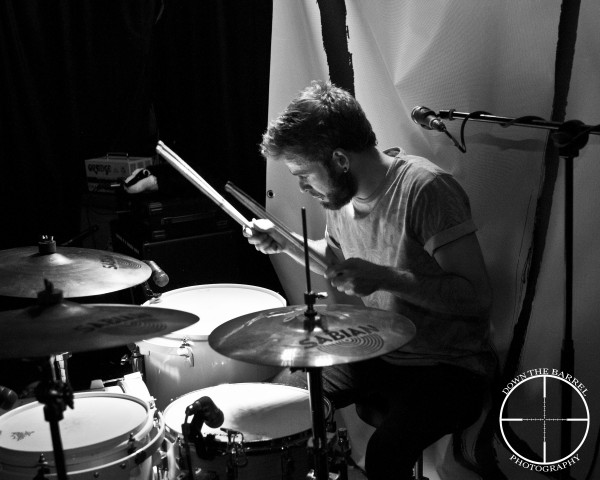 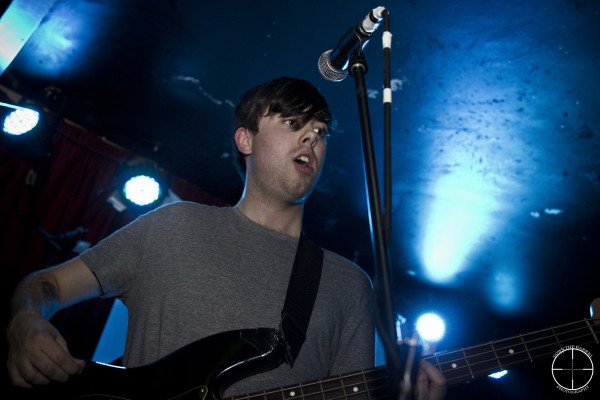 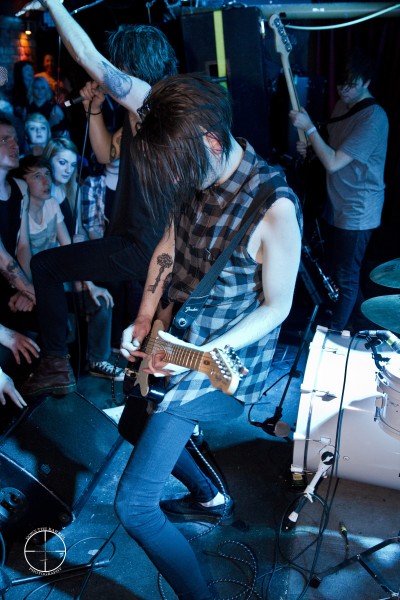 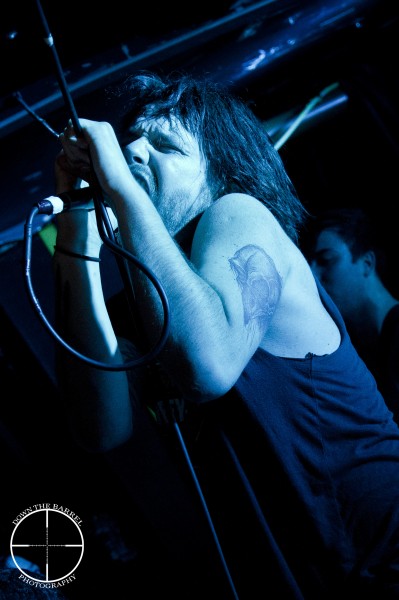 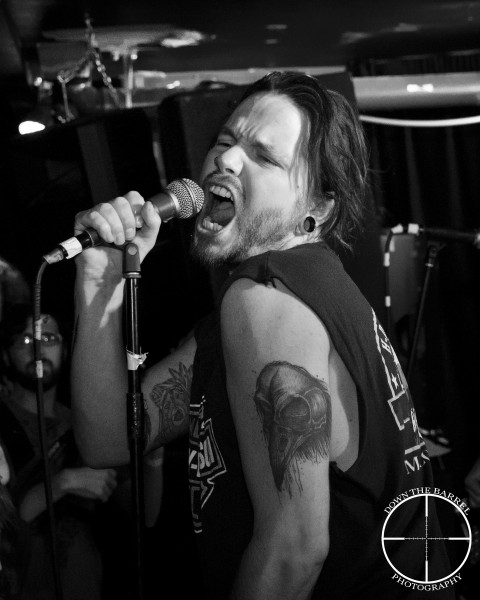 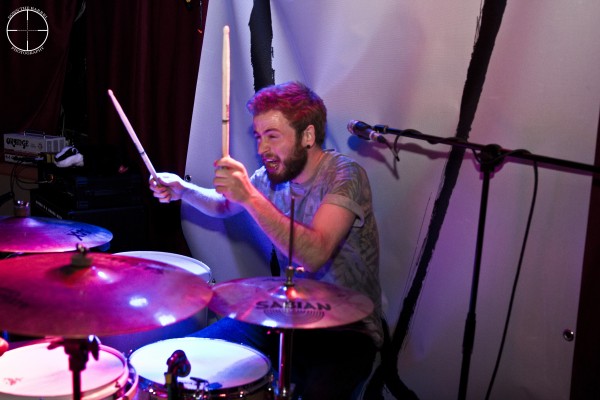