When WOUNDS announced that they would be playing two free gigs in the one day in Dublin’s legendary and very intimate venue, Whelan’s, Overdrive had visions of a sweaty, low lit room, filled with a tangled mess of bodies, lapping up the razor sharp anthems being knocked out by one of the most exciting and invigorating bands on the Irish scene today.

Were we wrong? No. Not at all. In fact this was more than that. There is a real sense of a powder keg explosion when standing in front of this band live. They just drip with talent, swagger and charisma almost like rich honey from a bee hive.

This evening’s performance (the second sold out show of the day) launches off with Aidan Coogan snarling into the mic for “The Pile” which gets gets plenty of smashed glasses and the less experienced of the crowd fucked right to the back before they knew what hit them! Welcome to a WOUNDS show kiddies, leave your bullshit at the door! 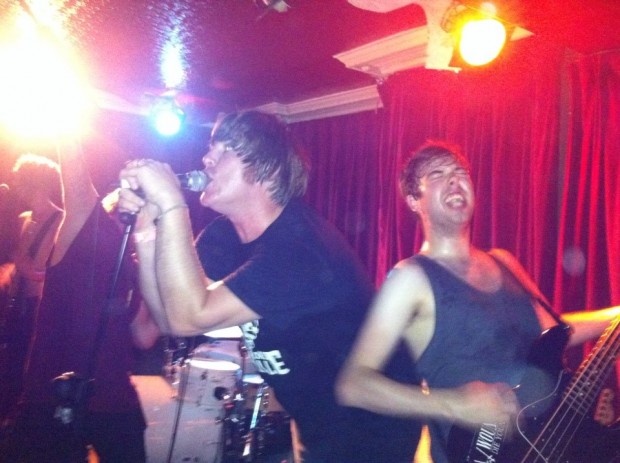 The venue, now already excreting the good stuff from the walls and ceiling, prepares to engage with audience and band as they launch into “Trouble For The Sake Of It”, “No Future” and “Binge”. While standing there and witnessing this gig, one can’t help but be reminded that this is the bands debut album! It’s just loaded with an arsenal of blinding tunes from start to finish and to hear them live and in your fucking face is nothing short of incredible.

As the bodies are being tossed around and beer flung in the air, a small breather between songs see’s the band invite support act for the night and all round awesome bloke The Mighty Stef on stage to tear the arse out of the venue with a spectacular cover of “Search and Destroy” this launches straight into “Killing Spree”, “Dead Road” and the final call to arms that is “Dead Dead Fucking Dead”.

Mic stands disappear into the crowd, stage monitors get rearranged, stage hands scramble around to regain some kind of order, but it just aint’ happening! WOUNDS are kicking down the very doors of hell and and anyone behind it can go fuck themselves! 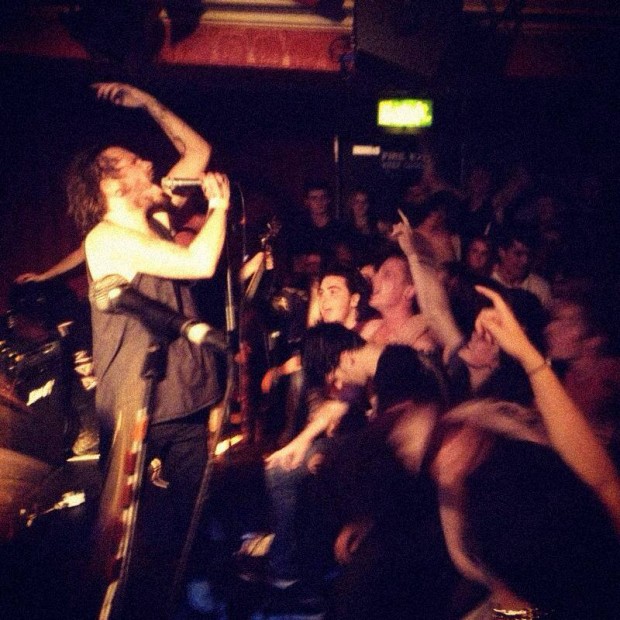 The sheer power of the band live is reminiscent of early career performance reviews that I have read from iconic bands such as At The Drive In, Iggy and The Stooges, Nirvana, Gallows, MC5 and Killing Joke that you will find in dated magazines, books and music journals. It’s hard not to compare WOUNDS to these bands, as they all share a similar concoction of recklessness, tremendous passion and chaos and that somehow just translates perfectly in a live setting. Amazing! 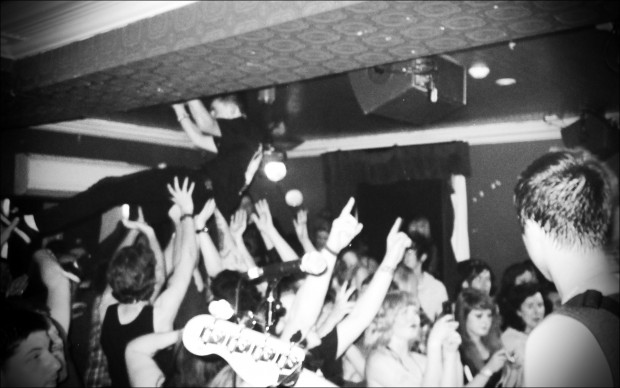 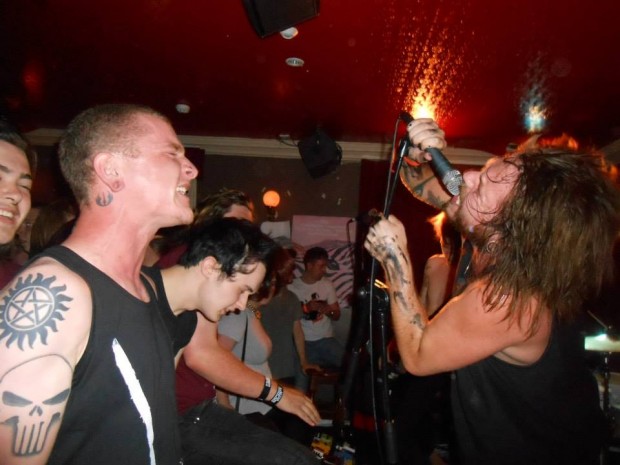 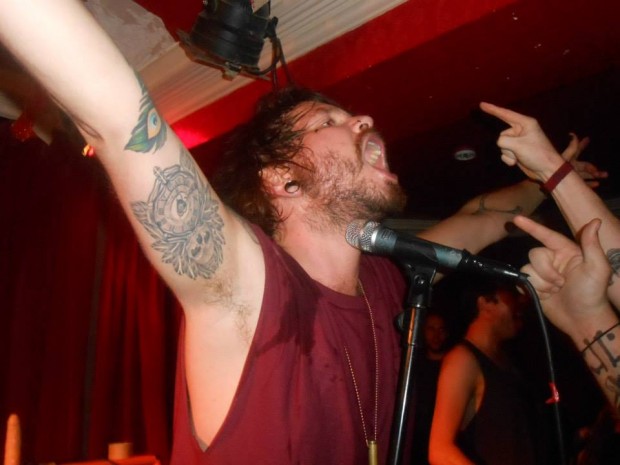