ZEAL & ARDOR – Inside the mind of Manuel Gagneux.


The coalition of two very different worlds come together with Zeal & Ardor’s much talked about debut, ‘Devil is Fine’. Like an unimaginable sonic beast, the mastermind behind this new sound – Manuel Gagneux – is somewhat perplexed at the rapid rise in interest surrounding his collection of songs and took some time from his schedule to talk to Overdrive, ahead of this UK and European tour which kicks off this week! Get inside the mind of Zeal & Ardor below.

Having first heard Zeal & Ardor back in mid-December 2016, I was instantly hooked on the unusual concept of marrying such diverse music styles (Black Metal/American Slave Spirituals) and so began my journey into the overall concept and origin of the man behind the music.

Known for his association under the moniker of ‘Birdmask‘, Manual Gagneux is somewhat of a fearless conceptualist, who has truly wandered off course from the ever-emerging and almost cluttered new heavy/extreme music models that strive for public recognition today. His debut album entitled ‘Devil is Fine‘ is twenty-five minutes of colossal darkness, wrapped in hypnotic vocal tones, influenced by early Leadbelly-style recordings, which are dripping with all the emotion and pain of forgotten American slave spirituals. Sounds strange on paper, but just wait until you get your ear holes around this compelling sound!

Greeting me with an upbeat and chipper tone from his home in New York, Swiss native (his mother being from New York and Father from Switzerland) Manual is a pleasure to talk with and explains the story behind his approach to creating what will no doubt be one of the most vastly diverse albums of 2017.

OD – First off let me get a little background on how you came to developing the sound that you have on this album as I know that you got inspiration from a comment on a website that suggested merging different styles together, however, did some of the material grow from your involvement with Birdmask?

MANUEL – Well, I really wanted to separate myself from the Birdmask project but still 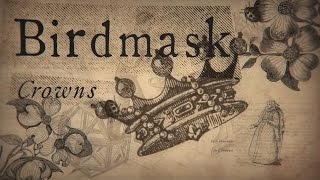 wanted to keep a few elements intact. The intention was to keep it secluded and something completely different. I think that I’ve achieved that to some degree and have definitely managed to develop something that’s very different.

MANUEL – Yeah, it took a lot of trial and error and the stress is on ‘error’ here (laughs). The first couple of iterations were pretty horrible sounding to start with but it was a little bit of practice, determination and or course, some failure that was involved in bringing Zeal & Ardour to where it currently stands now.

OD – I believe that there are some early demos floating around the net of these trial and error demos.

MANUEL – Those demos have completely different songs on them. The experimentation for the album was more focused on songwriting and honing in on certain parts of those old songs. I just thought that attempting to re-record some of those original ideas wouldn’t have really helped much for what I had in mind for the album.

OD – The Devil takes a prominent role lyrically on the album, I wanted to ask you about the inspiration to tracks such as ‘Devil is Fine’ and the overall concept of the album? 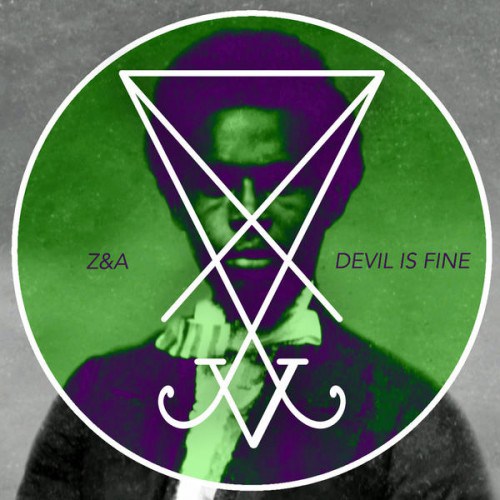 MANUEL – The idea came about from the dichotomy of the genres that I was trying to marry together. The spiritual ‘American Slave’ music on one side and Norwegian Black Metal on the other. The one thing they both have in common is that Christianity was imposed on both of them but the Norwegian’s rebelled in interesting ways, while the American Slaves assimilated the concept and incorporated ‘God’ in some way, shape or form into their ‘spirituals’, so it got me thinking and I wondered what that style of music would sound like if they had rebelled also.

OD – There is a really fine equilibrium of genres within the music, how difficult was it to find that comfortable balance?

MANUEL – I find that ‘Devil is Fine‘ is very much an album in its experimental stages and if I’m being honest, I’m not entirely happy with the way it turned out. The new songs that I have written since the album have come closer to what I wanted to achieve, but then again, I almost question myself at times and I’m like “am I fucking shit up right now by doing it this way?” (laughing), so I guess we’ll see what happens down the line. 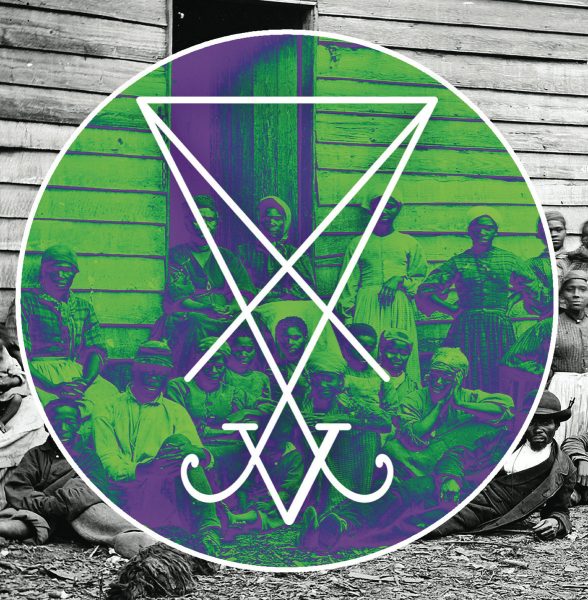 OD – You say that you are currently writing new material now, so in your own personal timeline, how old is the material on ‘Devil is Fine‘?

MANUEL – Well, it’s pretty much about a year old now. I just keep writing and writing so when I look back to material from a year ago, it seems like forever and a day.

OD – I get the impression that you were somewhat surprised by the reaction to the album and it sort of caught you off guard?

MANUEL – Yeah, I was totally not expecting this type of reaction at all. I just uploaded it to Bandcamp and thought that perhaps some of my friends would download it. Then a journalist called Kim Kelly (Pitchfork/Noisey) heard it and she tweeted about it and that was the catalyst for all of this debacle now (laughing).

OD – So, how much new material have you been working on or is complete at this point in time?

MANUEL – Since we are touring the record, which is only 25 minutes long, I kind of thought that I owe the audiences that will be showing up to the gigs, a little more material (laughs). Seriously though, I have about sixty percent in comparison to the album’s content that is all new material and am currently working on new ideas when I can get the time to do so.

MANUEL – Not really. I never really write songs things in one particular way. Sometimes I could just work on a chant or a particular sequence of melodies but in this case, I had this weird music box thing and it just sort of became the inspiration for the overall track.

OD – When you were writing, did you put yourself in a specific environment because the album sounds like that to me? It’s very consuming and dark but in a refreshing way.

MANUEL – Kind of yeah. What was very important to me was to be alone and out of reach when in the writing process. I feel that I can only go so far exploring particular emotions when you know that someone is hearing or aware of what I’m doing. I felt the best thing for me to do was to isolate myself and just immerse in the thought process of each song. I started recording some of the tracks in my kitchen, which I think got my neighbours thinking that I was bipolar as I’m sure they could hear me screaming Satanic stuff at all hours in the morning! (laughing) So, I figured that I should move to the basement and continued to write down there, which is not that much better and most likely a little more creepy but I had no other option.

OD – I understand that you are doing some dates in the UK and throughout Europe. Will you be planning on a more extensive headline tour or even a specific support for a tour that reaches a more significant selection of dates and locations?

MANUEL – It might happen but right now I can’t really talk about it. Some really cool stuff is ‘on the table’ at the moment and I’m hoping that it all comes together soon. However, right now, I can’t really go into any details.

OD – Can you explain the concept behind the video for ‘Devil is Fine’?

MANUEL – It was the director and myself who came up with the concept and I was adamant on incorporating the colours from the album design in the video. Basically, there were some elements that I was determined to include but ultimately the whole experience was very new to me and I just didn’t want to stick my neck out too far (laughs).

OD – You use a lot of symbolism in your visuals, do you see yourself delving a little deeper going forward? 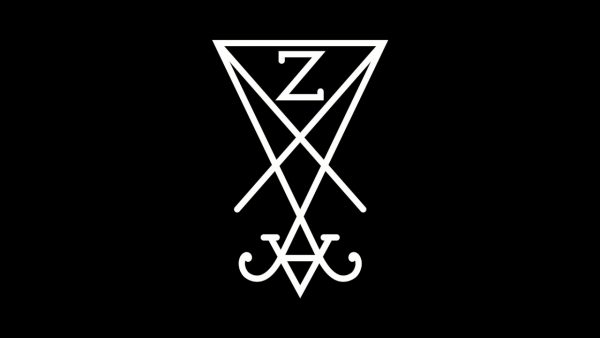 MANUEL – I do indeed. I think symbolism has a very interesting effect on people as they can read something totally different from it based on their own experiences. It kind of becomes less of what I want to communicate through the use of symbolism and more about what people see in it. There’s a strange collaborative element to that which I very much like. I find that even if people don’t know what it means, they assume that they know what it means and that’s just so interesting to me.

It’s similar type of feeling with music – I can’t tell you what people will feel with songs that I have written, as it’s completely in their own hands. I feel that this is very much like the element of symbolism too and will definitely be exploring a lot more about the power and use of symbols in the future.

OD – What will be the next single/video taken from the album?

MANUEL – Yes, there is actually but I can’t talk about it (laughs)! I can tell you that it will be something that we will be addressing after we complete these up and coming live shows, as I really want to be at the shoot, but you might see something being released say around September or October.

OD – The music that has been coming out of the Scandinavian region lately has been truly groundbreaking in more ways than one. What do you think that is?

MANUEL – I’ve actually thought about this a lot and I think that it could be down to the element of isolation, the longevity of the winter’s and generally the lack of sunshine/summer weather. I can totally see all of those things being a factor in the reason for such diverse and rich music. It’s kind of like when I want to record and I just need to be left alone in order to make progress. There are a lot of opportunities for people in the Scandinavian regions who wish to be isolated for long periods of time, so they can truly focus on the task at hand and completely immerse themselves in their art. That’ what I think anyway!

OD – I’ve seen your live video performance that you did for Session Live (see below) is this a good representation of your setup that you have when playing shows, as I’ve heard that you were contemplating a ghoulish-style approach?

MANUEL – The lineup and set up is the same, however, there will be way more visual elements to these club shows. That video is so well illuminated and almost has that ‘living room’ vibe, which is the complete opposite to what Zeal & Ardor is about. In the end, we want people to know that it’s totally about the music and take centre stage, so you won’t find me slaughtering goats on stage, or coming out with Abbath’s crab-walk or anything like that (laughing).

OD – One of your all-time most important musical references to who you are today?

MANUEL – I think it would be either Tom Waits or Portishead and for the soul reason that when they strike the first chord of any track, those bands can just transport you to another dimension, which for me – is very important.

Zeal & Ardor will be playing on the following dates listed below as well as their appearance at this months Roadburn Festival and recently announced support slot for Prophets of Rage (feat members of Rage Against The Machine, Cypress Hill and Public Enemy) in June. Please find more information on this link. 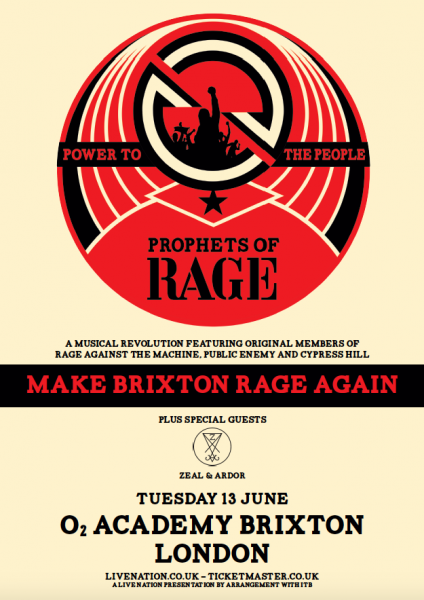