Megadeth are sharing an update on the recording of their new album.

The band are working away with producer Johnny K at Vic’s Garage in San Marcos, California.
The group posted a photo of Dave Mustaine and drummer Shawn Drover in the studio, writing, “David and Shawn have tracked 10 songs for our new album so far, and we are doing the last track tonight. Check it out!” 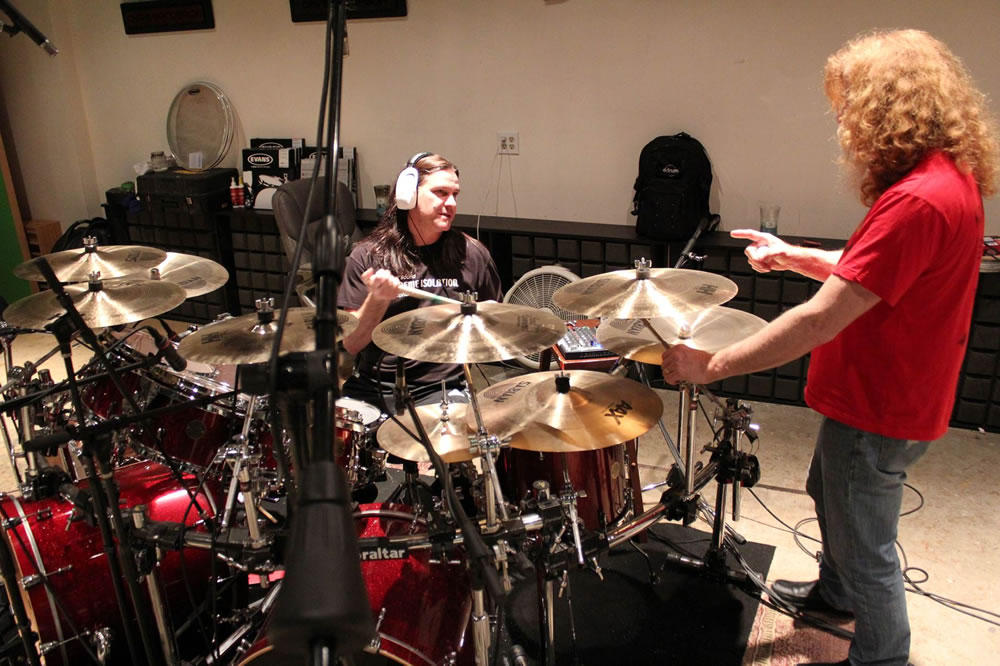 The latest effort is Megadeth’s 14th studio project; it will be released under a soon-to-be-announced new record label deal as the band recently revealed that they have completed their previous contract with Roadrunner Records.