AIRBOURNE CONFIRM TYLER BRYANT & THE SHAKEDOWN TO GUEST ON ALL SHOWS THIS NOVEMBER!


Fresh from a riotous main-stage appearance at Ramblin’ Man Fair in the UK, Airbourne have confirmed their return to these shores with a seismic bang – 14 headline UK dates in November of this year! 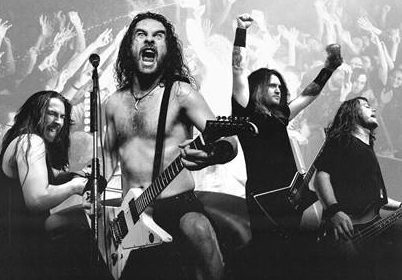 Kicking off in Norwich on November 13th and concluding in Oxford on the 30th, this extensive run will see the all-action Aussie rockers pushing energy levels to head-spinning new heights.

“G’day, Scotland, Wales and England! We’ve missed you so much that we’re coming back with a tour to rock your skulls clean off! As always, I’ll be chuckin’ out free beer. So do yourself a favour, take the next day off and let us do the rest! It’s gonna be an absolute Boneshaker!!!” #RNRFL

The full list of headline UK shows is as follows:-

Special Guesting on all dates will be Nashville rockers Tyler Bryant & The Shakedown, whose latest studio album, ‘Truth & Lies’, was released via Snakefarm Records in June of this year.

Airbourne will be performing in Belfast and Dublin next week. Tickets on sale now via Ticketmaster. 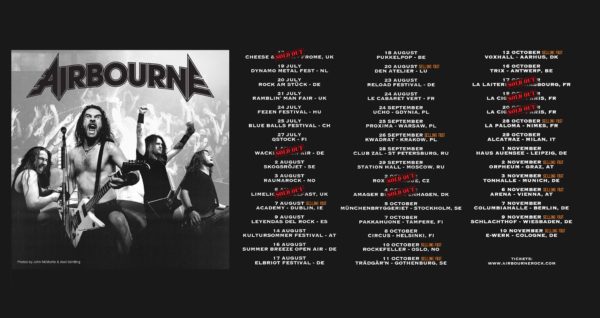