Swedish Gothic Death/Doom visionaries, Tribulation are about to release their highly-anticipated new album, “Where Gloom Becomes Sound’ on Friday, January 29th following the sudden departure of guitarist Jonathan Hultén. Find out what we made if the album below…

Somewhere in Sweden, under the light of a baleful moon, long dried Autumnal leaves rustle under the chill of a January breeze.

A mysterious, patchouli-scented fog creeps over weathered and crooked gravestones. Colonies of bats flutter overhead as the living dead emerges from their unseen crypts. Electric guitars slung on their shoulders, bony fingers begin to strum out haunted distortions.  It can mean only one thing.

The return of metal’s favourite creatures of the night, ‘Tribulation’.

On January 29th, the Grammy award-winning group return with their latest effort, ‘Where the Gloom Becomes Sound’. On it, they delve deeper into the more melodic tendencies of their previous two albums and come up with a skeletal fistful of undeniably killer songs.

Wasting no time, album opener ‘In Remembrance’ has the band start to stir up their trademarked spooky sounds. From the start, it’s clear the music is more layered and carefully constructed; than on previous efforts.

Their special concoction of multiple overlapping guitar riffs and melodies, combined with ballsy rock drumming, weave together into something irresistibly grim. ‘Hour of the Wolf’ is a shining example of this. It’s jammed full with their arena-worthy, gothic swagger, that beckons even the most discerning ghouls to bob their heads approvingly.

Never one’s to turn their nose up at a good hook, the guitar playing throughout the album keeps things entertaining. The harmonised guitar lines and intertwined riffing that is the very bedrock to the band’s sound, are scattered generously throughout the 10 tracks.

The lead playing also stands out. It’s full of engaging, memorable parts, with a sleek stylishness to it that would make most of their peers contemplate selling their instruments. Uptempo track ‘Daughter of the Djinn’ really hits this home.

Vocally, the band have kept to the ‘if it ain’t broke, don’t fix it’ mantra. The zombified wailing from Johannes Andersson, while brimming with personality, can get a little samey by the end of the album.

That said, it suits the music and style of the band better than a tailor-made sarcophagus, and what it lacks in diversity is made up for in added atmosphere.

Musically, things are much more assorted. Each track dances between touches of melancholic balladry, classic heavy metal riffing, and good old fashioned rock n roll in a way that holds up after repeated listens.

With the recently announced departure of lead guitarist and core songwriter ‘Jonathan Hultén’, it makes ‘Where the Gloom becomes Sound’ a swansong of sorts, leaving Tribulation at a crossroads despite newly-recruited, Joseph Tholl of Enforcer.

It’s hard not to wonder how the band’s future releases may turn in different directions after the dust has settled. ‘Where the Gloom Becomes Sound’ is a huge statement in theatrical, gothic-tinged black n’ roll and hopefully not their last.  4.6/5

‘Where Gloom Becomes Sound‘ is released on January 29th via Century Media.

Tune into Overdrive.ie next week for a feature interview with guitarist Adam Zaars. 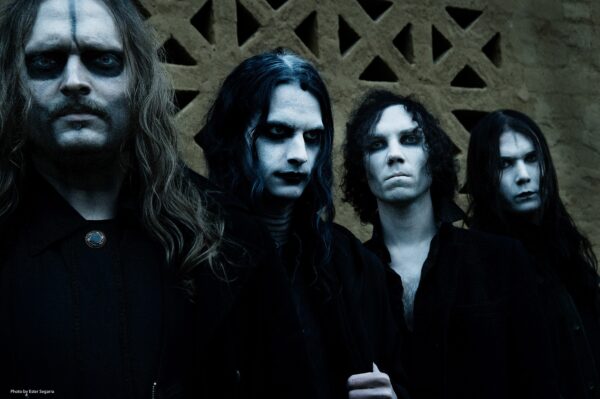