California rockers, ALIEN ANT FARM will be making their way to Ireland as part of their European tour in October with nu-metal Californians, HED P.E , SUMO CYCO and KALEIDO! Get all the details below….. 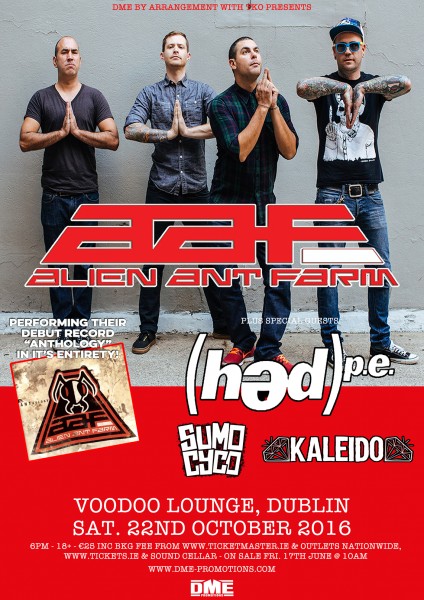 Following their mainstage performance at the Download Festival last weekend, Alien Ant Farm will be undergoing a European tour this coming October, with plans to perform their highly successful debut Anthology in it’s entirety. With a string of top-charting hits, such as ‘Movies’, ‘These Days’ and their hyped up cover of Michael Jackson’s classic, ‘Smooth Criminal’ the Californian four piece will be on top form! 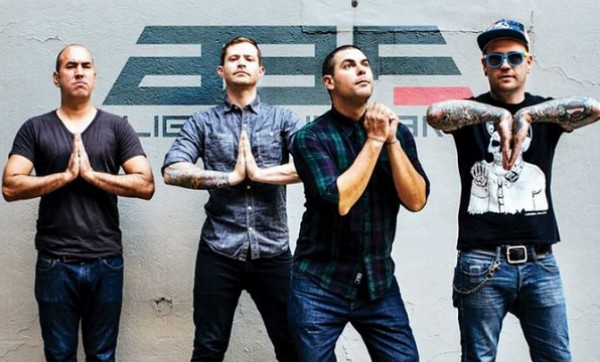 Formed in Huntinton Beach, California in the mid 90’s, HED P.E cross pollinated elements of hip-hop and metal even branding their style of music as “G-Punk”  a fusion of punk rock and “gansta” rap). After releasing three albums on Jive Records, Hed PE left the label to record independently, eventually signing with Suburban Noize Records in 2006. Since 2006, the band has become known for its involvement in the 9/11 Truth movement, referencing it in many of their song lyrics and concerts, as well as the concept of the album New World Orphans. To date, they have released nine studio albums, one live album and two compilation albums. 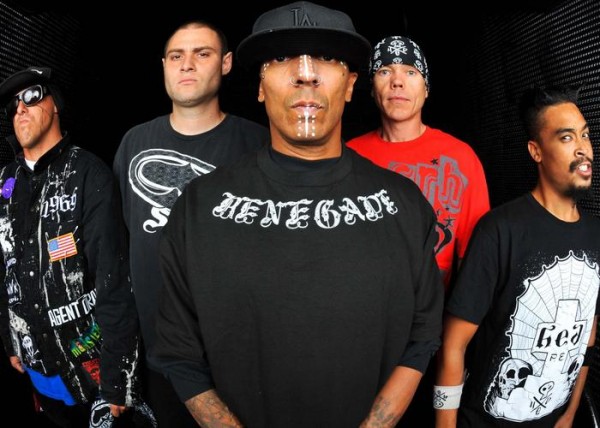 Joining this package will be Canadian alt / pop / metal band SUMO CYCO, who formed in 2011 and have been already on tour with the likes of Mushroomhead and have completed the Warped Tour. Check them out in the video below. 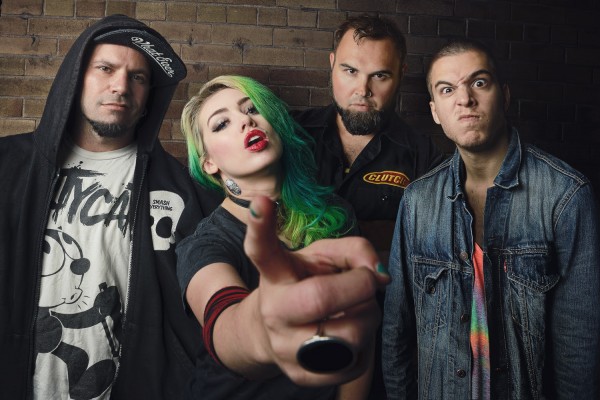 Finally, Detroit, Michigan’s Kaleido will be completing the bill. With a self proclaimed sound that is described as “Guns N’ Roses meets No Doubt“, Kaleido will be bringing their A-game for their debut show in Ireland. Check them out in the video below.