Following their sold out show in October last year, Alien Ant Farm return to our shores with support from 90’s charting artists, Soil and Local H. 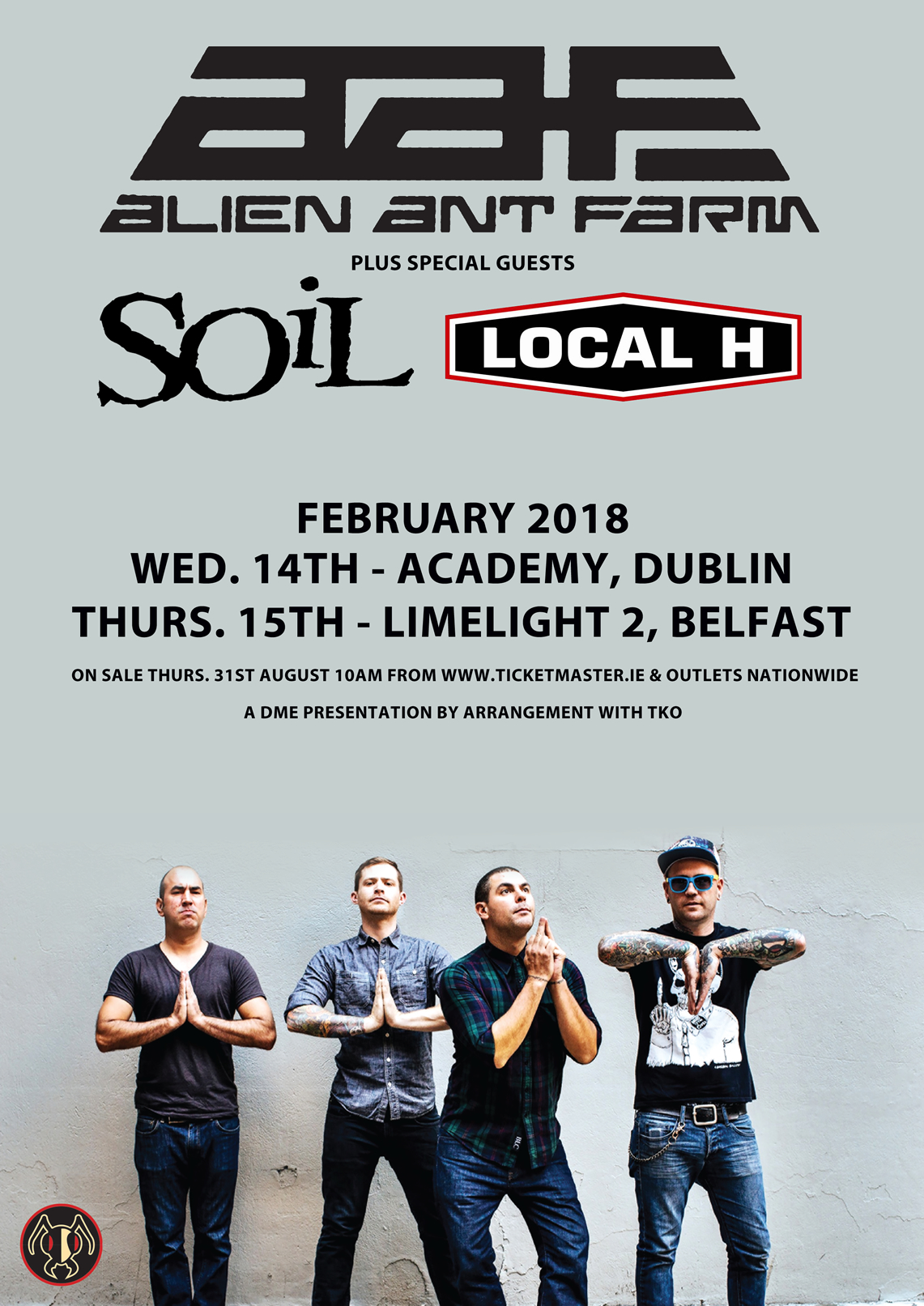 Having celebrated their highly successful ‘Anthology’ opus by performing the album in its entirety,  Californian natives Alien Ant Farm will be returning to the Emerald Isle for two exclusive shows in February 2018.

With support from Chicago’s Soil and Illinois based Local H, the 90’s will be in full swing as they lay waste to Dublin’s Academy on Wednesday, 14th and Belfast’s Limelight 2 on Thursday 15th of February 2018. Tickets are on sale from Thursday, 31st August via Ticketmaster priced at £20 for Belfast and €25 for Dublin (booking fee included). 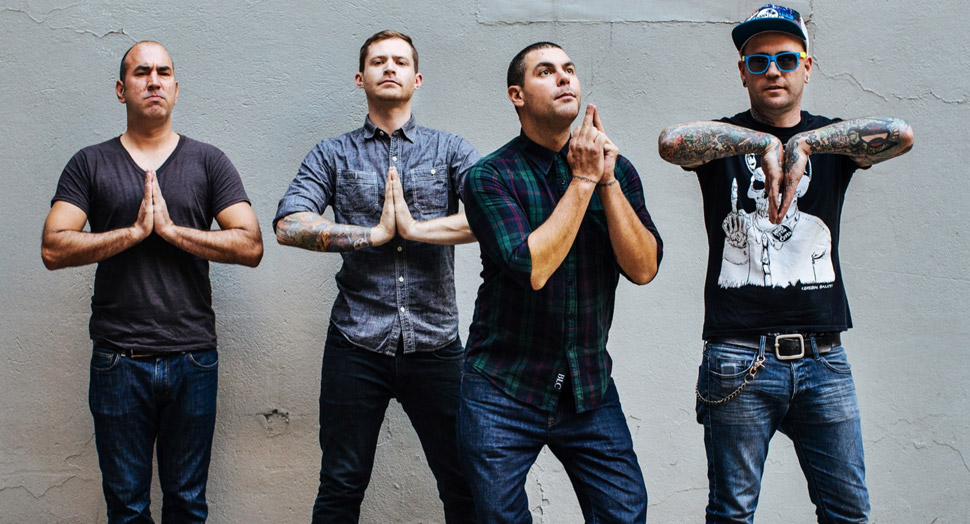 Alien Ant Farm are back, and the path for the future will unfold one day at a time. As their career approaches two decades, Dryden offers,

“Its hard to believe we have been doing this as long as we have, I don’t think any of us thought when we started out that our career would go onto do what it has, or that we would face some of the hurdles and losses that we have but here we stand ready to give our fans and the world another piece of Alien Ant Farm, we honestly have the best fans in the business, not only have they stuck with us through all of the personal up’s and down’s but they have never given up on our music and how we create and deliver what we feel is real and pure. We are ready to head down this path again and could not be happier with our new partners at The End Records, there’s nothing like having a team of believers around you that support your visions.”

Joining them on tour will be 90’s hit metal crew Soil who became a beacon for metal in the millennium thanks to their uber-successful track Halo which you can hear below:

Local H gained significant popularity due to their indie/grunge cross over style earning them international notoriety with their smash hit ‘Bound For The Floor‘.

For more information on this show, please check DME Promotions for updates and stage times. 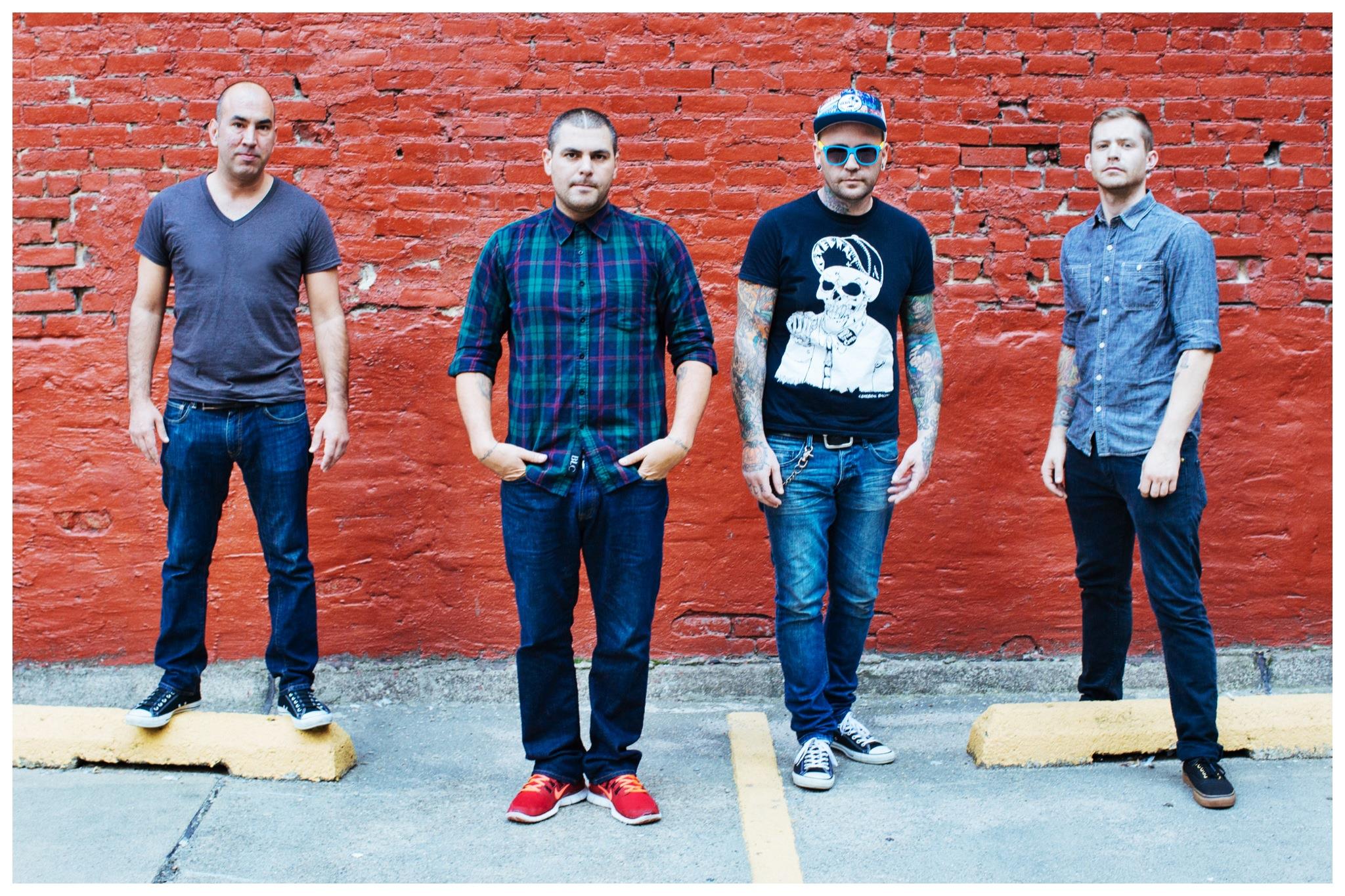