Atlanta alt duo ‘Chapel’ is kicking off their year with the release of brand-new single ‘Pillow Talk’ today via Rise Records, listen below… 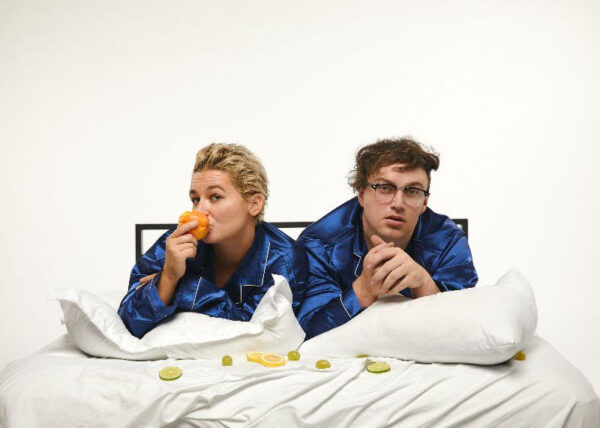 Produced and recorded by Chapel – Carter Hardin (vocals/guitar/keys) and Kortney Grinwis (drums) – “Pillow Talk” was mixed by Matt Huber (Nightly, Joan), mastered by Sam Moses (Smallpools, Nightly), and is accompanied by a music video shot entirely by the band.

After a few weeks deep into quarantine, we found ourselves overthinking everything more than we have before. Feeling locked in with our thoughts, we wrote this song in hopes it would relieve some of that tension within ourselves. – Kortney Grinwis

Hardin and Grinwis have palpable songwriting chemistry that shines on tracks like “Pillow Talk,” blending electronic and analogue production with the type of vibrant vocal hooks that have garnered attention from Billboard – who recently featured the band as a “rising pop duo” – SPIN, Sirius XM’s Alt Nation, Popular, Alternative Press and more.

The track follows the release of last year’s stand-alone singles “Mushy Gushy” and “Friends,” and Chapel’s debut EP Sunday Brunch, which have pushed the band to 8 MILLION streams across digital platforms.

Chapel’s new single “Pillow Talk” is out now via Rise Records. Stay tuned as the band is set to release more new music later this year.