With their long-awaited new studio album ‘Morbidity Triumphant’  set for release on 30th September through Peaceville, Autopsy have unveiled a brand new lyric video for their latest single, ‘Skin by Skin’ – watch below… 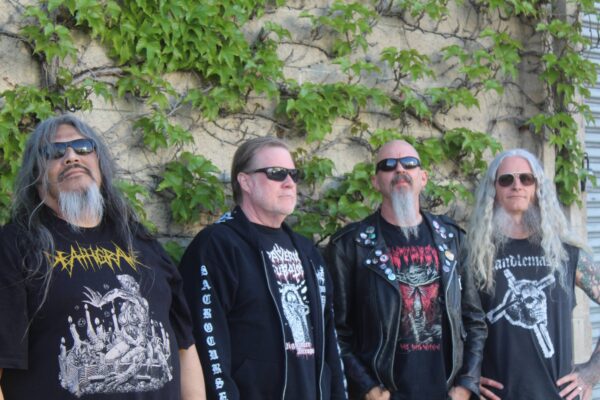 The band have revealed the first track in the form of the darkly sickening, creepily menacingly delicious “Skin By Skin” lyric video created by Matthew Vickerstaff.

Chris Reifert commented on the track: “Here’s one to crawl under your skin and rot you from the inside out. Eric Cutler has a knack for writing riffs that creep even us, the band out and this song is a perfect example of that.  Get ready to feel uncomfortable, foam at the mouth and bang your fiendish head at the same time!”

Watch ‘Skin By Skin’ below:

‘Morbidity Triumphant’ the band’s eighth album, is truly a dark delight for seasoned and new listeners alike, with a raw organic sound perfectly encapsulating what makes Autopsy so distinguishable among its peers, for what could easily be considered one of its strongest offerings to date.

The driving force of Autopsy as ever is the virtuoso guitar pairing of Eric Cutler and Danny Coralles, effortlessly trading off their schizophrenic leads and switching from all-out death metal madness to groove-laden heavy doom, with unmistakable drum/vocal legend Chris Reifert being master of proceedings, spewing his own infinitely creative maniacal musings. ‘Morbidity Triumphant’ also notably marks the first album to feature new bassist Greg Wilkinson, currently also seen in Static Abyss along with Chris.

‘Morbidity Triumphant’ was recorded at Opus Studios, with long-associated engineer Adam Munoz at the helm. Mastering was completed by Ken Lee.

The cover artwork appears courtesy of Wes Benscoter (Slayer, Bloodbath), with a new work of twisted and sinister genius. Chris exclaims “Wes delivered another stunner. What a maniac!”

Turn out the lights, crank it up until your speakers puke and see where it takes you. You might be surprised at the thoughts and visions that enter your head. Get the ticket, take the ride and be prepared for your mind to eat itself alive.

“The moment has finally arrived for a new full length Autopsy album to slither out into the public and people will have to deal with it. Buckle up, it’s a raw, rough and ugly ride!”

Autopsy’s next live performance sees them crossing the big pond to the UK for Deathfest UK in London on Saturday September 3rd.

On their highly anticipated return Chris Reifert exclaims “LONDON!!!! It’s been some years since we’ve spread our stench in the UK and we’re excited to do it again. We’re also looking forward to examining your faces as we melt them off of your skulls with our trademark death metal. It’s gonna be SIIIICK!” 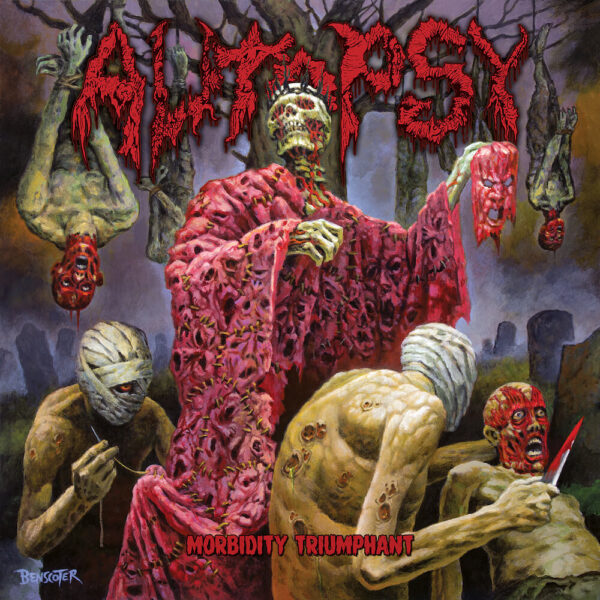