Not a bad start to the year huh? Yes kids, the big juggernaut arena tour featuring AVENGED SEVENFOLD and DISTURBED will be pulling into Ireland’s capital; for one exclusive show this coming January. Get the details below and be in with a chance of winning a pair of tickets to the show! 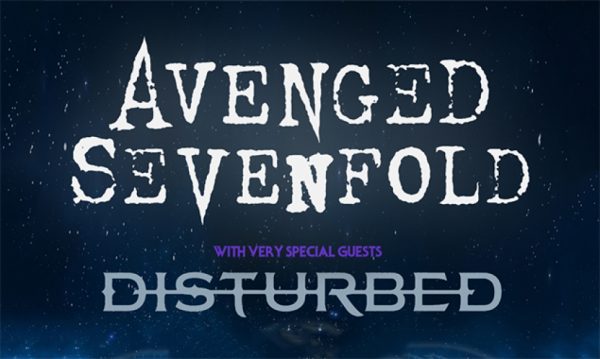 AVENGED SEVENFOLD with very special guests DISTURBED will be playing their only exclusive Irish date in Dublin’s 3 Arena on January 7th 2017. Tickets are on sale from Thursday August 4th at 9am, priced at €66.45 seating / €55.65 (inc booking fees) and available from Ticketmaster outlets and Sound Cellar.

Check out our playlist of the top five tracks from each band! Turn it up and enjoy!

In December 2013, AVENGED SEVENFOLD celebrated its No. 1 album, Hail To The King, with a sold-out arena tour, taking in a vast array of ‘sheds’ including Ireland’s 3 Arena. They followed that with their much talked about headline slot at Download Festival back in June 2014, cementing their unshakable reputation for breath-taking live performances and one of the biggest contemporary bands in within the heavy metal genre. 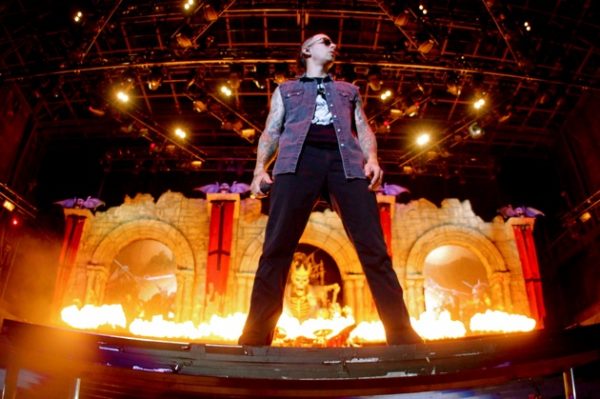 Now the band is set to return to Ireland and the U.K., boasting a bigger and badder performance than that of 2014. Earlier this week they announced an eight-date U.K. tour for January 2017, with DISTURBED as special guests and IN FLAMES opening and today July 29th, they have added one exclusive show in Ireland to the list of dates, however In Flames have not yet been added to the Irish date, so watch this space!!

It’s not clear when AVENGED SEVENFOLD will release its seventh studio album, since the band announced earlier this year that it was attempting to sever its contract with Warner Bros. Records. Their previous two releases, 2013’s Hail To The King and 2010’s Nightmare, both topped the Billboard album chart.

Joining the AVENGED SEVENFOLD on this tour will be none other than Chicago’s DISTURBED who have been experiencing a resurgence in the metal scene with the release of their Immortalized release in August of 2015. The band had returned after a four-year hiatus and show now signs of hanging up their guitars any time soon. 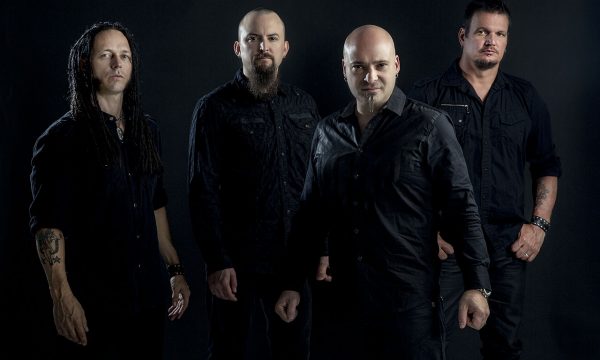 For your chance to win tickets to AVENGED SEVENFOLD and DISTURBED in Dublin’s 3 Arena on January 7th 2017 for the only exclusive Irish performance from both bands, then follow the simple instructions below:

For your chance to win these much sought after tickets, all you have to do is simply follow the three steps below! Winner will chosen at random on Tuesday, August 2nd. Good Luck! 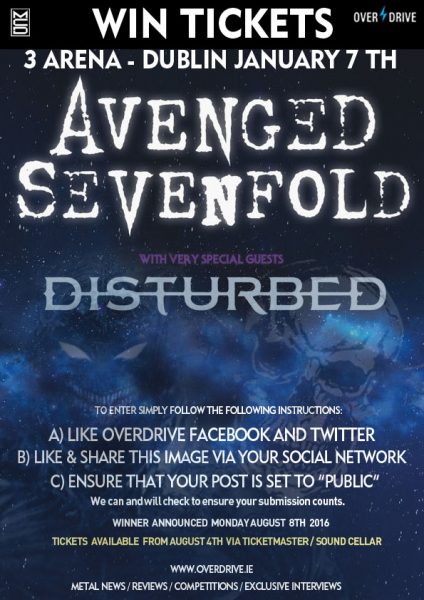