“Demonic #7” is the first taste of “The Dark Parade,” MORDRED’s first full-length album in over 25 years.

Check out the video/track below:

Set to be released by M-Theory Audio on July 23, the record – which will be offered on CD, digital, cassette, blue vinyl with orange splatter, and a limited-edition, mail-order exclusive white vinyl variant – can be pre-ordered now via this link.

“Timing on the release of ‘Demonic #7’ comes at a point when the USA and many countries around the world seem more divided than they’ve ever been in our lifetime,” explains guitarist Danny White. “As we begin to hopefully and tentatively emerge from the self-imposed cocoon of covid, we ask ourselves if things will start to get better, or will it be a case of just when you thought it couldn’t get any worse, ’There are realms even lower than hell.’”

In addition, “The Dark Parade” features five-sixths of the personnel from MORDRED’s acclaimed 1991 record “In This Life,” plus new drummer Jeff Gomes (formerly of Fungo Mungo and MIRV). The album is the follow-up to their acclaimed 2020 EP “Volition,” and their first full-length record since 1994’s “The Next Room.” 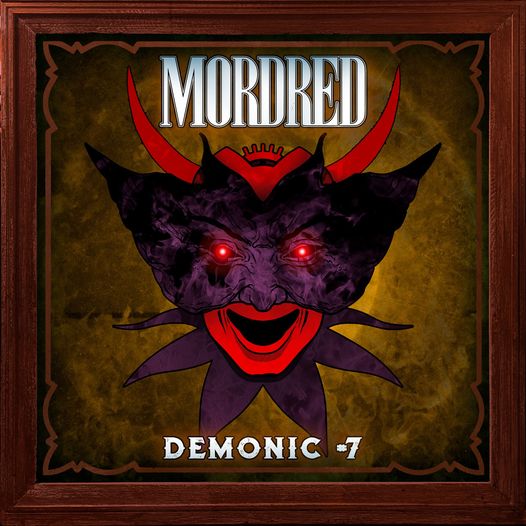